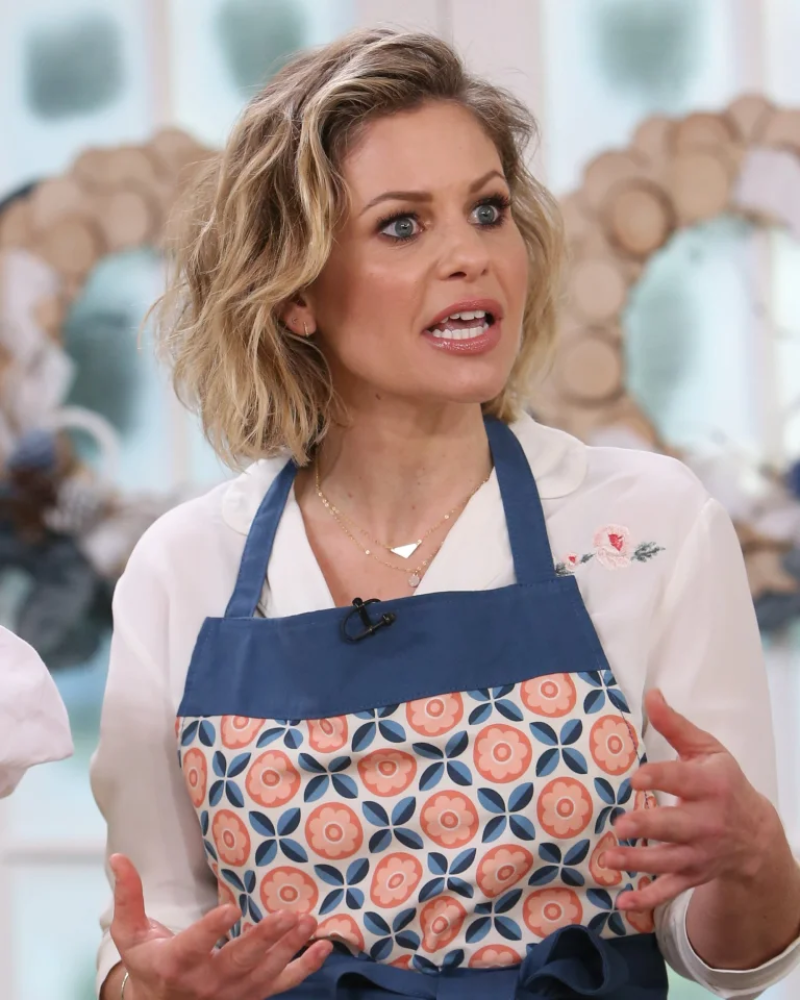 CANDACE Cameron’s house is a little less full, after one of her longtime co-stars threw shade at her over her controversial comments about same-sex couples in her movies.

Hours after teen singer JoJo Siwa, who came out as a member of the LGBTQ+ community in 2021, slammed Candace, her Full House little sister, Jodie Sweetin, weighed in.

Candace Cameron Bure is under fire after making remarks about traditional marriagesJodie Sweetin, her co-star and friend, threw share at Candace online

Earlier in the day, Candace, 46, revealed that future projects she makes at her new holiday movie home network, Great American Family, will “keep traditional marriage at the core.“

The comments caused a uproar from the gay and straight communities, with many sharing their disappointment in the actresses words.

Among them was 19-year-old JoJo, who called them “rude and hurtful”on Instagram

In the comments section, JoJo’s outcry was apparently supported by Jodie, who shared: “You know I love you.”

AOC calls RuPaul contestants ‘patriots’ as she guests on show

The beef between JoJo Siwa and Candace Cameron Bure explained

The remarks were a bit of a surprise, considering Jodie, 40, and Candace, 46, are still good friends.

But Jodie knows a thing or two about being judged by others, especially after a long battle with drugs over the years.

She was also in and out of relationships, including three previous marriages.

The actress, who is now sober, started drinking after her time playing Stephanie Tanner on Full House had come to an end.

She recalled having “two bottles of wine” at co-star Candace’s wedding when she was just 14 years old.

“That first drink gave me the self-confidence I had been searching for my whole life,” Jodie wrote in her 2009 memoir, unSweetined. “But that set the pattern of the kind of drinking that I would do.”

Her downward spiral only continued from there, with drugs like meth and ecstasy being added to the mix.

She found herself in and out of rehab throughout her teens and 20s, eventually getting sober, and finding a new love with Mescal Wasilewski.

Candace found herself under fire today after actress Hilarie Burton, who has starred in her own share of holiday movies, called her a “bigot.”

In a recent article in the Wall Street Journal, Candace, 46, explained her decision to switch from making movies at the Hallmark Channel, where she had been for the past decade, for the new Great American Family network.

“I knew that the people behind Great American Family were Christians that love the Lord and wanted to promote faith programming and good family entertainment.”

That apparently does not include same-sex couples as leads in holiday movies, and the former Full House star’s reference to traditional marriage set Hilarie off.

“I don’t remember Jesus liking hypocrites like Candy. But sure. Make your money, honey. You ride that prejudice wave all the way to the bank,” Hilarie tweeted.

“I called this s**t out years ago when Abbott was at Hallmark,” she said in a separate tweet. “Glad they dumped him.

“Being LGBTQ isn’t a ‘trend’. That guy and his network are disgusting. You too Candy.

“There is nothing untraditional about same-sex couples.”