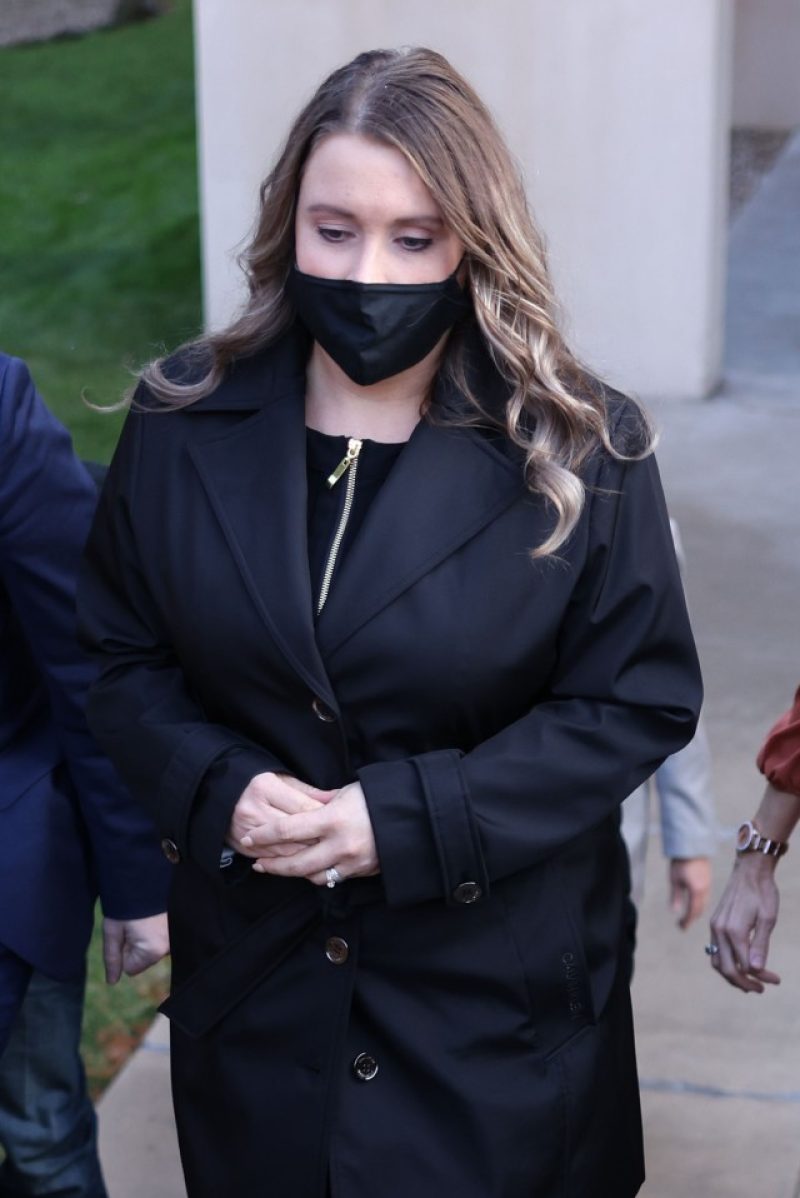 ANNA Duggar has been “blamed” for her husband Josh’s child pornography charges after churchgoers said she “didn’t satisfy him enough.”

Josh, 34, was arrested on child pornography charges in April 2021 and was sentenced to 151 months in prison after a two-week trial.

Mary is a second-generation survivor of IBLP, the religious sect the Duggar family belongs to and what she considers to be a cult.

Mary, who hosts the podcast Out of the Shadows with Mary Murphy, told The U.S. Sun: “One aspect of the cult culture centers on the responsibility of females to meet the husband’s every single sexual need to prevent him from having affairs, sexually abusing children and watching pornography.

“If the husband does any or all those things, they blame the wife in a large part. Like, ‘Oh, if you met his needs he wouldn’t have done this.’”

“They’re going to blame Anna. The pornography goes back to Anna. The wife is not fulfilling his needs so he turned to pornography, poor him. The wife needs to do what she’s supposed to do and meet his needs. It’s not logical.”

“We were taught, pressured and brainwashed to believe that as women and wives, the number one purpose is to support her husband and make him successful with no exceptions. The husband is number one.”

Mary “hopes” Anna will break free and leave Josh, who is currently serving his sentence at FCI Seagoville in Texas.

She added: “I still hope she will make the choice to leave and to protect her children. She was in the court and heard everything herself. I wish she already left. She has that responsibility now that she has heard everything.”

As for Josh, Mary is “grateful and relieved” he is “finally behind bars.”

She said: “The seven children that call him dad need to be protected from him forever. All children do, especially those seven who call him dad. I’m not surprised he’s appealing. I expected he would. He maintains, his parents maintain, they all maintain he’s innocent. Of course he would appeal.”

Josh had a dark history before the child pornography conviction.

In 2015, a 33-page Arkansas police report was released to the public, claiming dad Jim Bob confessed to local authorities that his eldest son Josh fondled the breasts and genitals of young girls while they were asleep in the Duggar family home years prior.

The police report resulted in the cancellation of the family’s reality show 19 Kids and Counting.

Josh said in a statement: “I have been the biggest hypocrite ever. While espousing faith and family values, I have secretly over the last several years been viewing pornography on the Internet and this has become a secret addiction and I became unfaithful to my wife.”

Mary recently told The U.S. Sun how proud she is of Jim Bob and Michelle’s daughter Jill for breaking free and speaking out against her family.

Mary previously said: “Jill has very bravely stood up and spoken out about Jim Bob. That is very brave when there is so much at risk.

“At some point, I hope Jill tells her story too. I’m really proud of her and all she’s doing to unravel the lies and brainwashing under which we grew up.

“She is really seeking out what is reality and truth to make her own decisions and find her own voice.”

Jill, 31, and her husband, Derick Dillard, distanced themselves from her father, Jim Bob, as they accused the patriarch of withholding money made the family’s reality show Counting On.

She also shared her support for Jinger, who is releasing a memoir called Breaking Free Indeed.

She said: “Stepping forward to tell your own story represents a vital part of taking your agency back and finding your voice.

“I’m not shocked at all that she is breaking free. I hope all of them will come to that point of seeing the truth and stepping out into freedom. I’m not surprised. I’m super happy for her as she continues to move forward and heal.”

OUT OF THE SHADOWS

On her podcast, Out of the Shadows with Mary Murphy, she shares survivor stories of those once in the alleged cult.

She alleges of her own survivor story: “I was a stay-at-home daughter until my mid-20s. I began to see in my own family, the hypocrisy between the facade we put into the world and what went on at home.

“As I began to see that in my own mind and heart and life. I started pushing back against that. My parents saw they were going to lose control of me. That was very important for them to maintain control of me in order to protect their reputation and facade.

“I was shunned and excommunicated from the cult. That’s when I lost touch with the Duggar girls specifically.”