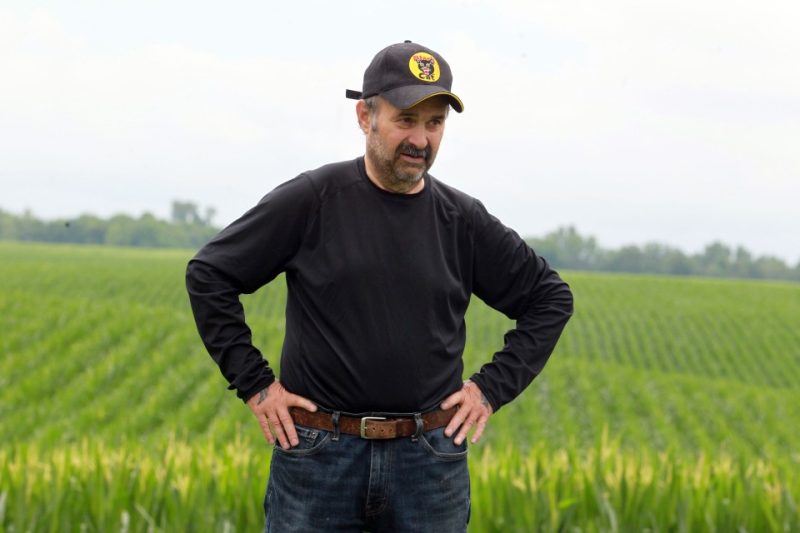 AMERICAN Pickers alum Frank Fritz’s shockingly low annual income has been revealed in court papers after he was fired from the show.

Frank, 59, was hospitalized for a stroke on July 14 after a friend found him on the floor of his Iowa home.

Frank was fired from American Pickers in 2021

Frank’s close friends then filed an emergency appointment of temporary guardian and conservator for the star on August 18, claiming his “decision­-making capacity is so impaired.”

The documents revealed Frank has an annual income of just $60,000 from “investments,” per his 2021 tax return.

Frank was unemployed at the time of his stroke.

He has no debt listed.

Frank’s low post-show income is a stark contrast to his former co-star and friend Mike Wolfe’s.

Mike’s divorce judgment from his ex-wife Jodi in December 2021 revealed his massive payday from American Pickers.

The U.S. Sun previously reported that Jodi will receive 50 percent of post-tax royalties earned by Mike for seasons 1-10 of American Pickers for the earning period before December 31, 2021.

The court papers claimed Mike was to receive one payment for the month of December 2021 for his work on Season 10 of American Pickers, as he shall pay her “exactly $28,000.”

In total, he was ordered to pay her over $6million dollars to his ex.

It is unclear if the “investments” for Frank include show royalties.

Frank was hospitalized for a stroke on July 14 after a friend found him on the floor of his Iowa home.

The U.S. Sun previously reported Frank would be under a temporary guardianship and conservatorship.

The documents read: “Because of his stroke, Mr. Fritz’s decision­-making capacity is so impaired that he is unable to care for his own safety, or to provide for necessities such as food, shelter, clothing, or medical care without which physical injury or illness may occur.

A bank would be the conservator to handle Frank’s financial affairs.

Frank has been at a rehabilitation center since he was released from the hospital on September 6.

Frank was open about wanting to return to the History Channel series after his hiatus, as he said: “I’d still like to get back to my job, I miss my friends and my people and being on the road and meeting all those different characters.”

But Mike soon revealed Frank had been fired from the series.

Frank previously confirmed to The U.S. Sun that the longtime friends had a falling out.