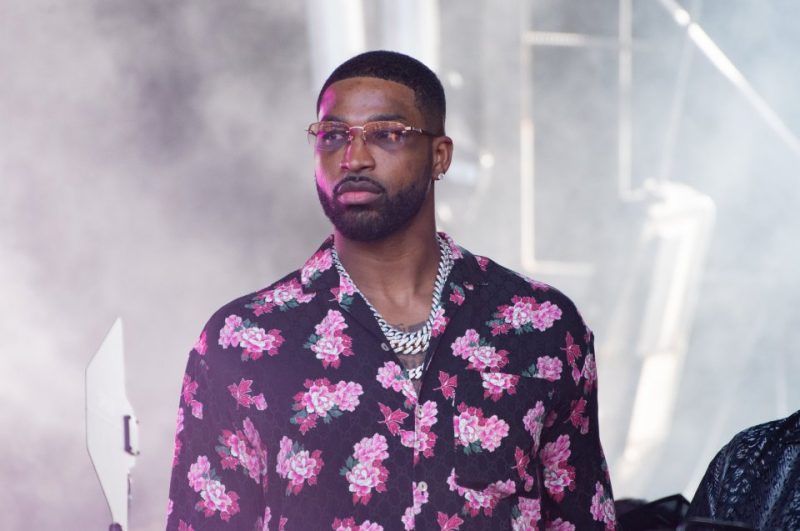 Fitness model Maralee reposted a tweet to her Instagram story that explained how important it is for parents to spend time with their children.

Back in December of 2021 Maralee and Tristan had their son Theo and although Tristan allegedly pays her child support, Maralee claimed that Thompson still isn’t active in their son’s life aside from that.

“I cherish every minute with my son,” she wrote.

“Spending time with him is more important to me than anything. I’m blessed to have held him in my arms every day since he was born.”

However, fans think the post is major shade to the NBA star after her claims he has yet to meet their son Theo.

Tristan allegedly chooses not to be present in Theo’s life when he’s such a prominent dad in his other kids’ life.

Tristan has a 5-year-old son named Prince with model Jordan Craig, 31, and a 4-year-old daughter True with reality Khloe Kardashian, 38.

He is often pictured with his daughter True and has also posted with son Prince.

Both children have been included in Instagram posts throughout his profile.

In August of 2022, Tristan also welcomed his second child with Khloe, via surrogate, and his fourth child overall.

However, Tristan has yet to publicly acknowledge Theo he should because of the controversial circumstances surrounding his birth.

When Maralee conceived Theo with Tristan he still was dating Khloe.

To protect his then-relationship with the Keeping Up With The Kardashians star denied being the father of Maralee’s child.

This led to Maralee and Tristan throwing messy paternity lawsuits at each other in 2021.

Khloe learned via leaked court documents that Maralee was claiming Tristan to be the father of her baby, which paternity tests later confirmed.

However, things were even tougher for the Good American founder than they first appeared, because she and her ex had already decided to have another baby via a surrogate mother.

Their son, whose name is unknown, was born in August.

The basketball star was recently seen at the family’s Halloween party with both of their children.

However, last month she elaborated on her true feelings for her children’s father, admitting she’s learning how to “unlove” the athlete.

She told viewers of The Kelly Clarkson Show: “I know that this isn’t the right thing for me, and I need to slowly heal and move on, but it doesn’t happen overnight.”

Tristan Thompson wished his daughter True a happy birthday after Khloe snubbed her exTristan posing with his son Prince and Daughter TrueThe NBA star split with Khloe after he was repeatedly caught cheating on herTristan, Khloe and True on a trampolineTristan has still allegedly not met his baby son TheoMaralee Nichols holding her and Tristan’s son Theo

PrevPreviousDWTS judge quitting show after 17 years and fans are ‘heartbroken’ about the ‘devastating’ surprise announcement
NextWho is Roberta Flack?Next