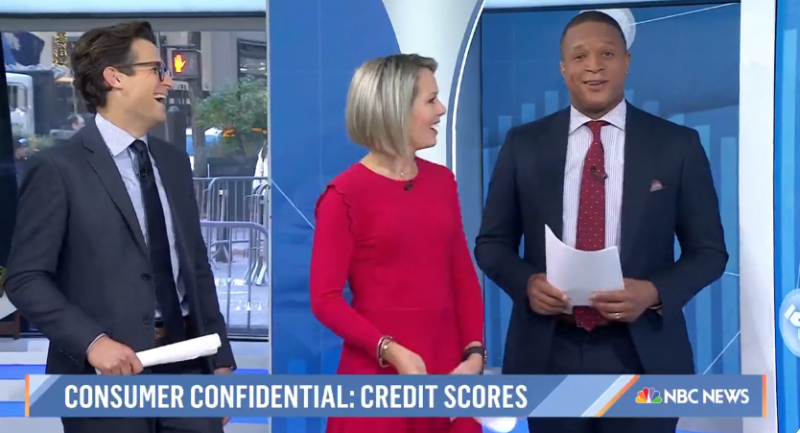 CRAIG Melvin jumped back in fear after hearing a strange noise live on the set of the Today show.

The reporter, 43, looked startled when an “unusual” bang occurred behind him in the studio during Monday’s broadcast.

NBCThe reporter, 43, looked startled when an ‘unusual’ bang occurred behind him in the studio during Monday’s broadcast[/caption]

Craig was presenting a consumer segment on credit scores with Dylan Dreyer and Jacob Soboroff.

As they chatted with business reporter Brian Cheung, a loud screeching noise sounded from the screen next to Craig.

The co-host jerked back and looked behind him, before fanning himself with his notes.

Dylan was clearly amused by Craig’s reaction and stifled a laugh.

The group carried on with the segment, but Craig couldn’t resist addressing the noise at the end.

He said: “We apologize for that unusual sound.”

Dylan joked, “You’re sweating now, are you scared?” before pretending to fan him with her notes.

He admitted: “I am scared.”

This isn’t the first time Dylan has mocked her co-host on the Today show.

Earlier this week, she rinsed Craig over the way he drank a cup of tea.

Dylan, Craig and Sheinelle Jones got to sample some Bigelow Tea while chatting to the brand’s CEO.

Dylan gave Craig a weird look as he drank his tea with his pinky finger in the air.

“Would you put your pinky back? That is just so-,” she said, before mimicking the way he held his cup herself.

The diss from Dylan comes after Craig returned to the morning show’s desk.

He had a series of absences as he reported for the show from far away locations.