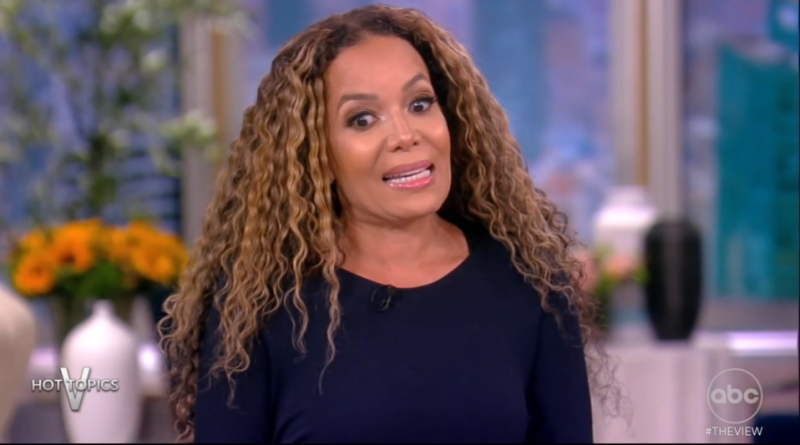 SUNNY Hostin’s fans think she feels “shaded” by The View producers after Sara Haines was chosen to be a replacement moderator.

Sara, 45, filled in during Monday’s episode when both Whoopi Goldberg, 67, and Joy Behar, 80, were absent.

With the two missing from The View, the hosting panel was made up of only Sara, Ana Navarro, Sunny, and Alyssa Farah Griffin.

Viewers were shocked to see that it was Sara leading the discussions instead of Sunny, 54.

One wrote on Twitter: “Not Sara moderating. I’d feel a lil shade if I were Sunny.”

Another added: “Sunny joined the show 20 days before Sara. So! Sunny has seniority & should’ve been the moderator today.”

Both journalists joined the panel in season 20 in 2016.

A third posted: “I always wondered who was next in line to moderate in the absence of Whoopi and Joy.

“I didn’t think Sara had seniority after having left and returned. I def thought Sunny would moderate with all of her previous TV experience.”

It was revealed later on Monday that Whoopi was absent from The View because she was diagnosed with Covid.

A show representative told Entertainment Weekly that the Oscar-winning actress felt under the weather and decided to skip the live morning show.

She then received the positive Covid test result later that afternoon.

Joy was also missing from Monday’s episode as she has frequently taken a day off at the start of the week since season 26 began in September.

Whoopi’s diagnosis comes just one day after she celebrated her 67th birthday.

This isn’t the first time that she has been absent from The View due to Covid.

In January she went missing after experiencing symptoms over the holiday period, despite the fact that she had been vaccinated and boosted.

She told ABC afterward: “It was a shock, because I’m triple vaxxed, I haven’t been anywhere, I haven’t done anything.

“It’s one of those things where you think, I’ve done everything I was supposed to do… Yeah, it doesn’t stop omicron.”

Whoopi was also out for medical reasons in 2021 when she was suffering from serious back pain.

The comedian was battling sciatica and had to use a walker.

The condition occurs when a herniated disk, a bone spur on the spine, or a narrowing of the spine compresses part of the nerve.