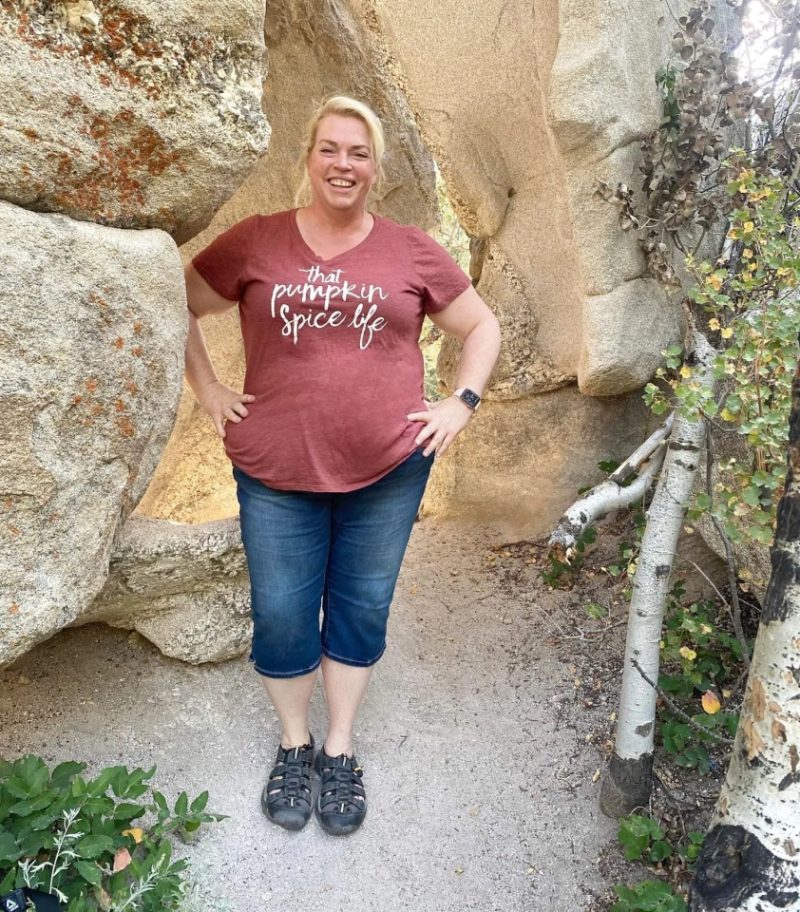 SISTER Wives star Janelle Brown has dropped 100 pounds and is now half her former size, The U.S. Sun can reveal.

The mom of six, 53, has been flaunting her new body after finally leaving her longtime husband Kody.

Instagram/Janelle BrownJanelle looked heavier in this throwback with her late mother, Sheryl, and daughter, Madison[/caption]

The reality star has been open about her health journey and frequently shares diet secrets with her fans- though she has never revealed the exact amount of weight she has lost.

“Janelle has lost a ton of weight. She does not look the same.

“She’s half the size she was,” a source exclusively told The U.S. Sun.

“Her numbers have completely changed. She’s got to be at least 100 pounds down.”

Janelle, 53, has been losing weight these past few years while distancing herself from Kody before they finally separated.

A source told The U.S. Sun previously that Janelle and Kody’s problems began “a year or two ago during Covid.”

The pandemic “created a lot of [the separation]. It gave the wives comfort to know that they could be on their own.

“Christine was the ringleader in showing that they don’t need Kody.”

“With all certainty, the final straw was in May or June.

“It was in the beginning of summer when the marriage completely dissolved between Janelle and Kody.

“She’s no longer claiming to be his wife. She does not believe she’s part of the equation of marriage with Kody anymore. It’s done, it’s over.”

Christine famously ended her marriage to Kody in November 2021, and the nasty split is now playing out on the family’s TLC reality show.

Janelle has been promoting Plexus, known as “the pink drink,” which is a powder supplement that’s mixed with water and serves as an appetite suppressant for weight management.

In a recent Instagram post, she informed fans that they too can try her weight loss method with Plexus for $99.

“Progress takes time. The time will pass anyway, and coming from someone who has been in your shoes and tried it ALL, this was game changing,” she captioned her promo.

Fans can even enter to win an exclusive trip through Plexus with her, Christine, 50, and her daughter, Madison, 27.

The trip is a three-day, two-night retreat and vacation where those who enroll will embark in their own “health and happiness” journey.

Janelle got into the health and fitness realm in 2019 after getting certified as a IIN (Institute for Integrative Nutrition) health coach.

She shared with her fans: “After decades of dieting and being unhappy with my body I came to the realization that I was enough just as I was.

“I embraced movement and self care for the JOY and EMPOWERMENT they brought me.  Along the way I discovered COMPASSION for my body.”

Christine has also lost a lot of weight in recent years and has raved about Plexus helping her as well.