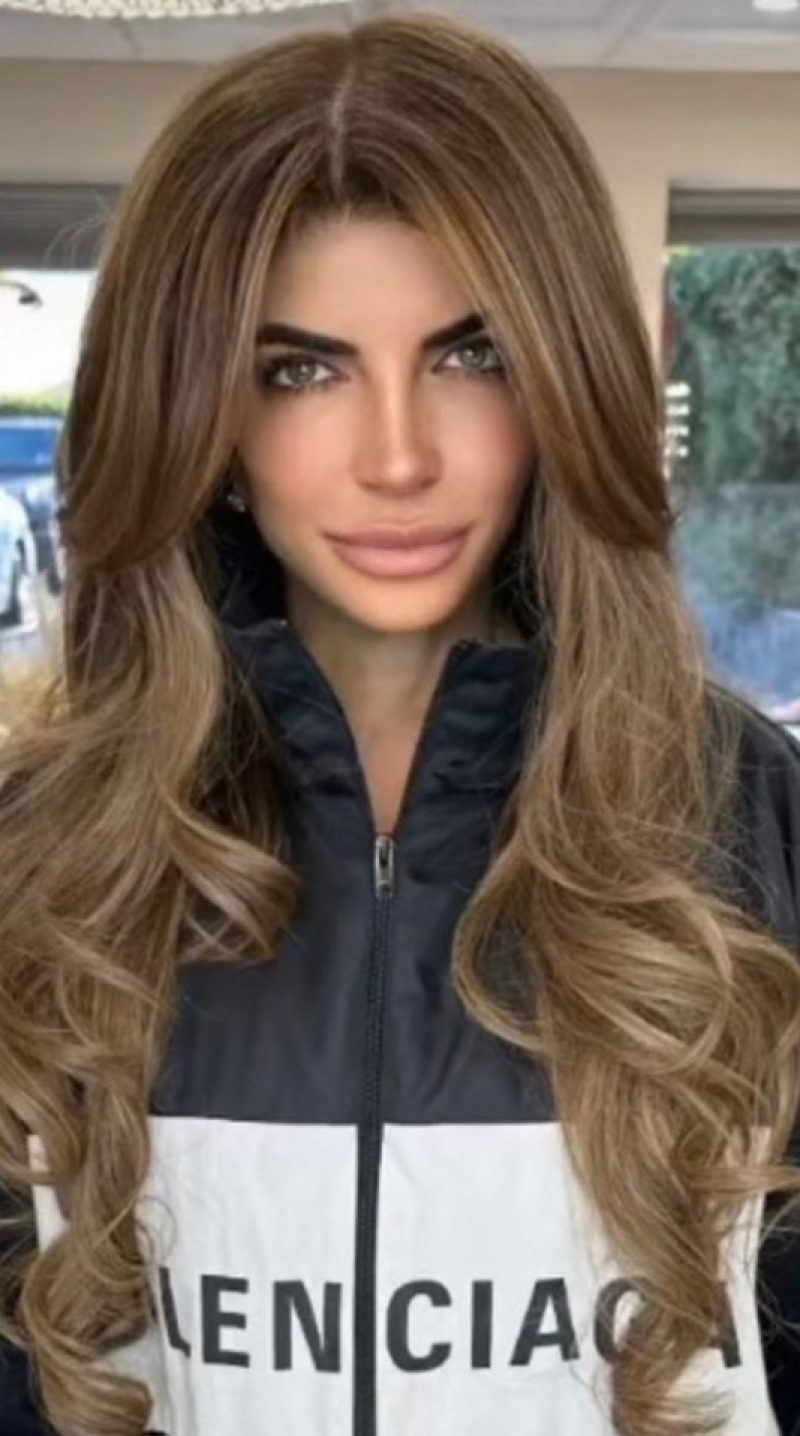 TERESA GIUDICE has been mocked for posting an unedited selfie after she already shared an enhanced version of the same image.

The Real Housewives of New Jersey star is known for her high maintenance, glamorous looks.

However, 50-year-old Teresa appeared to slip up this week.

She first uploaded a heavily edited selfie to her 2.3m Instagram followers.

The snap showed her looking straight at the camera wearing a zip-up Balenciaga jacket.

She looked glammed-up while her skin tone had been smoothed out with a filter, and her lips, eyes, and eyebrows had all been enhanced.

Teresa appeared to be wearing heavy makeup and her hair was perfectly curled.

But the Bravolebrity quickly replaced the image with a new version.

The new photo revealed Teresa’s natural complexion, and she appeared to be wearing little makeup, although her hair was the same.

“Teresa posting these two photos back-to-back is a Facetune emergency,” claimed the account, referring to the popular photo editing app.

RHONJ fans were all too quick to ridicule the OG cast member in the comments.

“What is real on her anymore? Why is she so desperate to change how she looks?” asked one.

A second wrote: “She’s morphing into a Bratz doll and I don’t understand how anyone can post that thinking he or she looks good! Stop!”

“Scary. What is happening here?” a third chimed in.

However, this isn’t the first time that fans have begged Teresa to ditch her over-the-top glam and photo filters.

Fans could make out Teresa’s natural complexion, and were absolutely in love with her bare-faced beauty.

The New Jersey native, who married Luis Ruelas in August, has previously been slammed for using filters on her social media snaps.

Earlier this year, fans begged her to “stop it already” after she shared a new selfie that appeared to be heavily edited.

Fans have also ridiculed her use of botox and lip fillers as she’s shown off her plump pout on social media.

In 2018, Teresa revealed on Andy Cohen’s Watch What Happens Live that she has had both botox and “a little” bit of lip fillers.

The mom-of-four previously got her boobs done in 2008 while filming the first season of RHONJ.

Last year, she also admitted that she got a nose job by the same doctor that performed her 21-year-old daughter Gia’s surgery.

Similarly, fans have begged Gia to slow down with her cosmetic procedures as she continues to flaunt her glowing looks on Instagram.