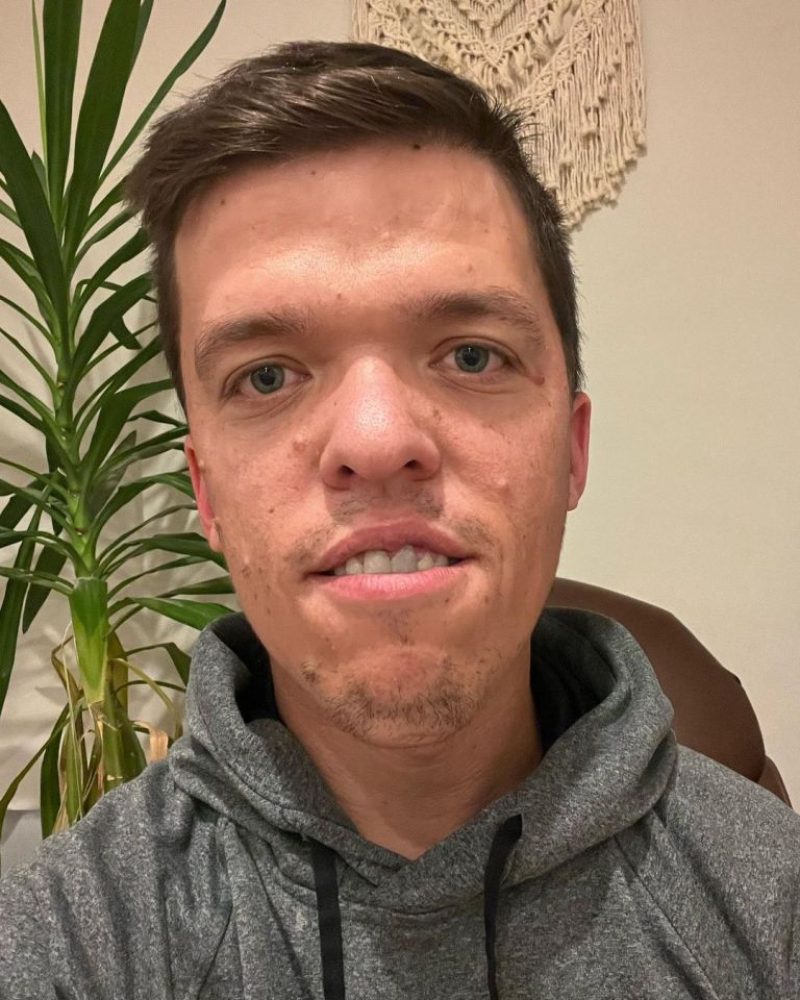 LITTLE People star Zach Roloff has addressed the ongoing nasty feud with his father Matt in a very telling comment on Instagram.

Zach, 32, shared a selfie on the social media site on Monday and invited his followers to speak to him “about anything”.

In the snap, Zach is wearing a grey hoody and sat on a brown chair, with a large plant behind him as he grins for the camera.

He captioned the post: “Just me for a change. Curious what everyone has to say at the moment about anything.”

And sure enough, his one million followers wasted no time in asking him about the falling out with his dad Matt.

One person asked: “How comfortable are you having to air the disagreement with your dad with all of America?”

And Zach replied: “@anniewukelic not okay with it. It’s definitely expedited some things.”

However, Zach didn’t appear to reply to any other comments regarding the family feud.

One person wrote: “Time to heal the family,” while another said: “I hope your family has settled your problems. Life is so short… we don’t want regrets.”

And someone else commented: “Sad to watch you guys not close to your Dad. I know as viewers we don’t see everything but that being said remember life is short and one day he won’t be here.”

Another follower claimed: “Hate and resentment towards parents for material situations should not happen and you should never judge your father. remember that you have children and in the future you may be judged equally or worse by them.”

Other followers shared their thoughts on Matt’s girlfriend Caryn Chandler.

One said: “Can’t stand Caryn, not only did she come between your parents, but now between the kids. Matt will never get it unfortunately.”

Another wrote: “Never trusted Karen from the get go I believe she loves your kids but there’s something about her that rubs me the wrong way (sic).”

But a third added: “Am I the only one that likes Caren lol I’ve always thought she stayed in her lane (sic).”

It comes after The U.S. Sun exclusively revealed that Caryn is planning to move to Arizona full-time after her huge feud with Matt’s children.

Matt and Caryn, who have been dating since 2017, have been spending more time in Surprise, Arizona, where they already own a $375K home.

The couple purchased the two-bed, two-and-a-half-bath vacation property from Caryn’s parents back in 2018, following Matt’s divorce from ex Amy Roloff, 60.

The pair will be escaping some of the drama on Roloff Farms in Oregon which has unfolded on-screen during the latest season of Little People, Big World.

A source exclusively told The U.S. Sun: “Caryn is planning to move to Arizona full-time, likely by January.”

The insider continued: “She’s been wanting to relocate there for so long, and she and Matt often stay at their vacation home on weekends, but this would be permanent.

“She is moving first without Matt to get settled, she’s going to rent her house out in Oregon. They want to start planning for the future.

“Caryn still doesn’t know if Matt is done with the show, but she definitely is and she wants to get away from all the drama going on with the family.

Matt, 61, and his twin sons Zach and Jeremy, both 32, have been at odds ever since the family patriarch decided not to sell them a portion of the farm going on the market.

In a recent episode of the show, he even slammed his own kids as monsters, which left fans stunned.

Caryn was accused of encouraging Matt not to sell them the farm, with Zach and Tori later saying they have no intentions of introducing her to their newborn son Josiah to Caryn.