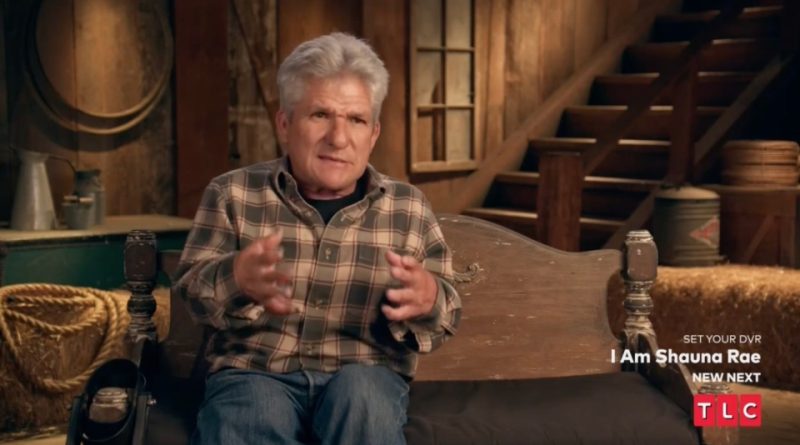 The former farm manager is also planning to quit the TLC show over her fallout with Zach and Tori Roloff, The U.S. Sun previously revealed.

Matt and Caryn, who have been dating since 2017, have been spending more time in Surprise, Arizona, where they already own a $375K home.

The couple purchased the two-bed, two-and-a-half-bath vacation property from Caryn’s parents back in 2018, following Matt’s divorce from ex Amy Roloff, 60.

The pair will be escaping some of the drama on Roloff Farms in Oregon which has unfolded on-screen during the latest season of Little People, Big World.

A source exclusively told The U.S. Sun: “Caryn is planning to move to Arizona full-time, likely by January.”

The insider continued: “She’s been wanting to relocate there for so long, and she and Matt often stay at their vacation home on weekends, but this would be permanent.

“She is moving first without Matt to get settled, she’s going to rent her house out in Oregon. They want to start planning for the future.

“Caryn still doesn’t know if Matt is done with the show, but she definitely is and she wants to get away from all the drama going on with the family.

Matt, 61, and his twin sons Zach and Jeremy, both 32, have been at odds ever since the family patriarch decided not to sell them a portion of the farm going on the market.

In a recent episode of the show, he even slammed his own kids as monsters, which left fans stunned.

Caryn was accused of encouraging Matt not to sell them the farm, with Zach and Tori later saying they have no intentions of introducing her to their newborn son Josiah to Caryn.

He has since taken it off the market and has decided to convert the family home into an Airbnb-style rental.

His ex Amy is said to be completely against the idea and “upset” by Matt’s plans for the former family property.

Matt also revealed the home is months behind schedule for opening up to guests due to severe delays at the permit office.

The Roloff patriarch hopes the Airbnb rental will be running in full swing by next pumpkin season.

Meanwhile, he is still in the process of building his dream house on the farm which is set to be completed by April next year, but he will not live there full-time.

“Caryn is making Arizona her base, and Matt will travel over to work with Jacob on the farm and stay at the new house,” The U.S. Sun’s insider continued.

“She will still spend time on the farm but not as much as she is now.

“A wedding is still on the cards but they have so much going on that they have decided to delay any engagement plans.

“Caryn cannot wait for a fresh start in Arizona, it will be a new chapter for both of them.”

The U.S Sun has reached out to TLC for comment but did not hear back.

Caryn, 54, is yet to publicly address the fact she is not returning to the show as its future remains uncertain.

An insider visiting Roloff Farms also recently told The U.S. Sun that Matt revealed the 25th season has not yet been discussed.

He felt as if the show is coming to an end and told his fans he is unsure if the show will be renewed for another season after “a few more episodes.”

The family finally came together earlier this month amid their fallout to honor Matt’s late father Ronald Roloff, who died in July at the age of 84.

But an insider told The U.S. Sun that Caryn barely spoke to Zach and Tori during the event.

“Caryn hasn’t spoken to them in months now, and that hasn’t really changed despite the weekend get-together for Matt’s dad,” they revealed.

realtor.comCaryn, 54, wants the couple to spend more time at their home in Arizona[/caption]