Kourtney Kardashian shares rare photo of Travis Barker with her son Reign, 7, in sweet birthday tribute for her husband 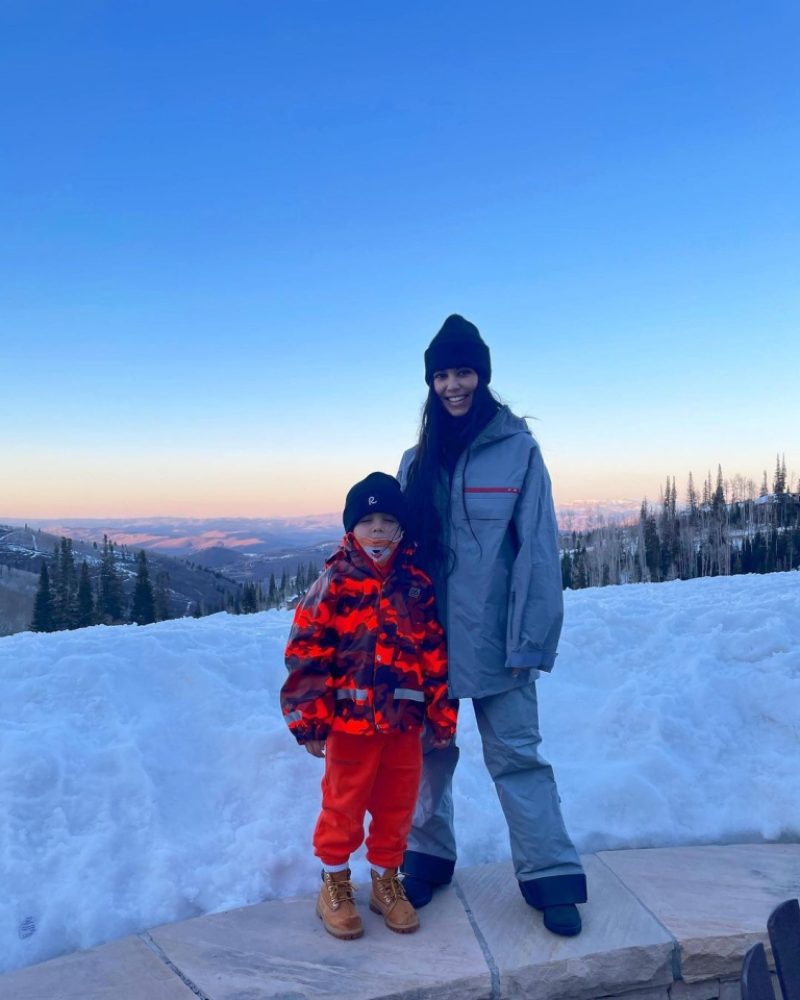 KOURTNEY Kardashian has posted a new candid photo of her loving husband and youngest son.

For Travis‘ birthday, Kourtney posted about a dozen photos on her Instagram story in tribute to her new husband.

The tribute begins with a photo of writing that said: “To lots of fun adventures, may we destroy each other completely. Love, Kourtney.”

Kourtney continues the birthday tribute by posting sweet and romantic photos of her and Travis.

Some are photos that were already made public, but some photos were of rare and private moments.

One of those rare photos was of Kourtney’s son Reign sitting on Travis’ shoulders while walking through Disneyworld.

Both Travis and Reign look completely normal and pedestrian in the photo, minus Travis’ face tattoos.

The photo is proof that behind closed doors the Kravis family can be completely happy and normal.

Reign has been known to be a bit of a rebel, which makes sense because he’s Kourtney’s youngest child.

In the rare instances he’s on the Kardashian’s Hulu reality show, he always makes a big splash.

Last month on the show, Reign interrupted Kourtney while she was getting into glam. He shouted: “Big Daddy’s back to town!”

“Big Daddy is back?” Kourtney asked, and he replied: “Yes! And I’m Big Daddy!”

He interrupted one of Kourtney’s videos by screaming: “Mom, come on the d**n trampoline!”

He also misbehaves at large events, like when he flipped off paparazzi at a ribbon cutting in Los Angeles.

Kourtney and Travis got married on May 22 in Italy after having two other wedding ceremonies.

The outdoor venue overlooked the ocean, and there was a pasta bar, cannolis, and a ton of partying.

They partied in the most Kravis way possible, and Travis made sure to take Kourtney’s garter off with his teeth.

Kourtney’s so secure in her relationship with Travis that she feels comfortable bragging about it.

In an interview, she said: “I do love the name Kravis. We refer to ourselves as Kravis sometimes.”

InstagramReign has been known to be rebellious, like when he flipped off people at this ribbon cutting[/caption]