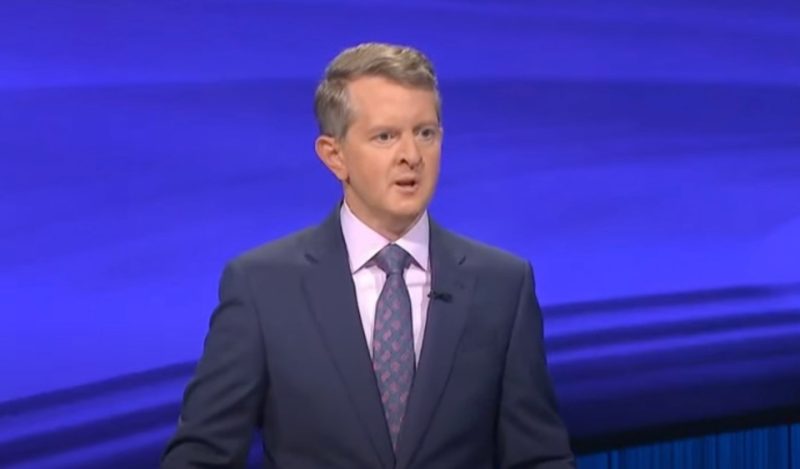 JEOPARDY! legend Amy Schneider has lost her first Tournament of Champions finals match on Monday to a “fearless” former foe.

Ken Jennings is hosting the last leg of the $250K faceoff.

Starting last month, Ken, 48, began presiding over 21 (now three) game show greats from the past year back for more.

Amy – a writer from Oakland, California – Andrew He, a software developer from San Francisco – and Sam Buttrey, an associate professor also from California – are those final three.

Professor’s tournament winner Sam made it after defeating 38-time champ Matt Amodio, which baffled everyone.

Andrew made it after trouncing 23-time winner Mattea Roach with something unbelievable – a fatal “all-in” on all three Daily Doubles.

Only one of the finalists – Amy – was considered a frontrunner going in since she’d won 40 regular season games and $1.3M (the second-longest streak ever).

Amy also defeated Andrew during his 7th game (and her first of 40) last year – but tonight was the quiet quiz wiz’s revenge.

Andrew weaponized his Daily Double chops once more, and now fans think he may win the purse.

Host Ken admitted: “Only $800 separates him and his old rival Amy.”

Andrew then found a randomly placed “Daily Double” – where players can bet from their existing scores.

“All of the beans,” Andrew calmly said, wagering the $7800 he had accrued.

It read: “In July 2022 the ousted President of this country fled west across the Indian Ocean to the Maldives.”

He looked astonished with a checkmark next to his podium – it’s now Amy 0, Andrew 1, and Sam 0.

The three finalists will play until one wins three games – so the showdown could stretch to seven episodes, or be done by Wednesday.

One Reddit user gushed: “Great job Andrew! Everything I thought wouldn’t happen in this tournament continues to happen.”

“Every time he wagers I wanna vomit from the secondhand nerves!”

A third predicted: “My money is now on Andrew, although I think I’m rooting for Sam (“I think” because I like them all).”

And a fourth admitted on the underdog’s winning strategy: “It’s clear that Daily Doubles are going to make or break you at this level of competition.

“And Andrew is most serious about finding them and leveraging them.”

This year’s tournament has featured more super-champions (or contestants who have won more than 10 games) than any year prior – 4 regular season wins are needed to be considered.

But one after another, super-champs like Ryan Long, Jonathan Fischer, Matt and Mattea got knocked out.

Last year’s ToC was won by Sam Cavanaugh who had only won 5 regular season games, similar to Andrew’s six – so past stats are proving no measure of success.

In November 2021, during their first match, Andrew was leading with $26K and by $7K against Amy going into Final Jeopardy.

The icon then ended his six-game streak but knows she almost lost, tweeting this week: “Andrew was the one person in the tournament who had proved that he could beat me.

“I mean, certainly any of them were *capable* of beating me, I didn’t take any of them lightly. But he was the only person that I had the firsthand experience of struggling against.”

The wispy-haired bet-maker also knows no one expected him to come out swinging – his Twitter bio links to Katy Perry’s “Dark Horse.”

Over the summer, he and actress Mayim, 46, were officially announced as the permanent replacements for the late, great Alex Trebek – the two-year anniversary of his passing was this week.

ABCAndrew He bet ‘all of the beans’ or $7.6K on this clue and got it correct with ‘What is nightingale?’[/caption]

Jeopardy!The first player to win 3 games will be this year’s $250K winner[/caption]