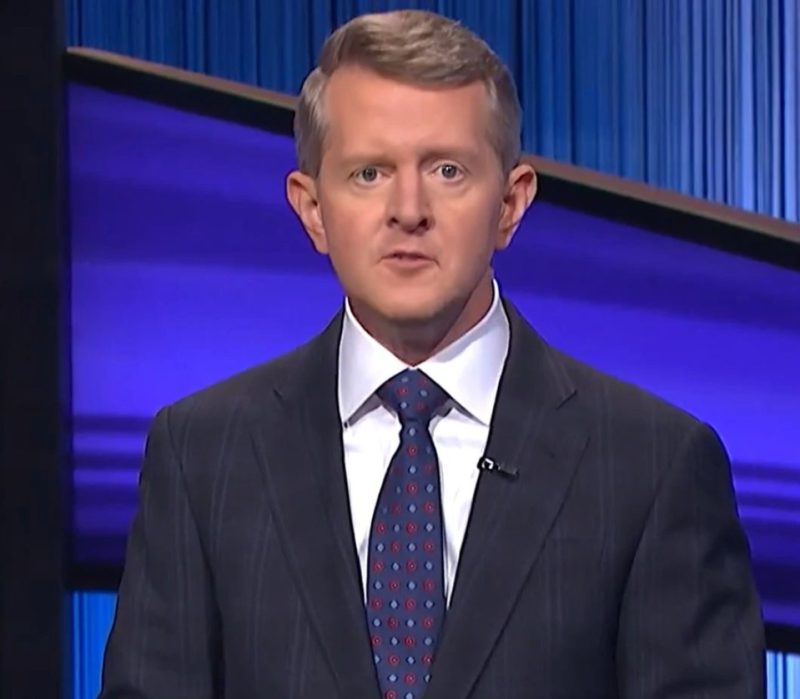 Fans “miss” him and have fumed that this year’s specials have ”interrupted” his gameplay for “too long.”

Then, Jeopardy! took a pause from regular episodes and from Cris’ glowing gameplay for two tournaments.

The show first aired the never-before-done Second Chance Tournament for two weeks – then the now-airing three-week Tournament of Champions which is longer than ever before.

The $250K finals will conclude this or next week when Amy Schneider, underdog Andrew He or fan-favorite professor Sam Buttrey wins three games.

‘I PRAY THEY NEVER GO THIS LONG AGAIN’

Fans on Reddit roared that while they’ve loved seeing 36 past players return for back-to-back specials (also more contenders than ever before) – now they just want Cris back.

The internet thread was titled: “Is it just me or does anyone miss Chris Pannulo?”

“Having not seen Chris Panulo since October 14th, I admit he’s starting to feel like ancient history.

“I love seeing all my old favorites, but there’s something about the “normal” sessions I wish to have back.

Is it weird that I’m starting to get bored?”

Another fan buzzed in to agree: “No miss him too. I love the tournament, don’t get me wrong, but I like seeing new super champs.”

A third wrote: “I honestly pray they never go this long again without normal sessions.”

And a fourth: “Same here. I miss the daily shows. I enjoy the tournaments but I prefer the normal episodes.”

Many replied concerned that after an eventual unprecedented five weeks off – (longer than any super-champ has had to wait) – he may be at a disadvantage.

Because episodes are pre-taped, Cris’ challengers when he returns could have even seen him on TV and know how he plays – which has never been an issue.

That user wrote: “I’m wondering if the Second Chance Competion and Tournament of Champions ‘interruption’ to Cris’s run has resulted in challengers going to LA to tape episodes only to find out Cris is still the defending champion after seeing him win on TV.”

A sixth begged that next year, the specials could be broken up so this doesn’t happen again.

“Maybe in the future, the SCT should happen in June, and then the the TOC can happen in November, to break up the tournaments.”

“That would be best” yet one more agreed.

Cris stopped by the Inside Jeopardy! podcast when his streak was halted and told producer Sarah Foss what he’d be doing until he comes back later this month.

“I plan on enjoying my time off, spending time with [my girlfriend] Heather and [our rabbit] Lentils and visiting family”.

He did not mention if he’d spend the time boning up on trivia or not, though he certainly has time to.

Nearly every other super-champ doesn’t have their run interfere with special yearly tournaments – they just have to keep competing until they lose.

With a 94% accuracy on clues and a stunning 24 correct out of 27 on the special specially placed Daily Doubles total, often going right for the bottom of the board – fans have called Cris a “machine.”

He also has a rabbit named Lentils with his girlfriend Heather of 10 years, correcting Ken quite sternly earlier this week that no, you cannot feed rabbits the beans he’s named after.

Cris is now the 11th most successful Jeopardy! player of all time in terms of total winnings.

After Amy Schneider’s 13th win, she had two weeks off from competing in what would become a 40-game $1.3M run (second-longest to only now-host Ken).

But that was three weeks shorter than Cris.

This year’s ToC is now in the finals which is also longer than usual as the finals are typically a two-day special.

The first player to win three games will emerge the victor which could take up to seven episodes – then Cris will return.

Both specials, the winner’s tournament and prior never-before-done comeback contest, have been hosted by Ken and air at the usual time as regular episodes.

Ken will step aside from the iconic game show in January so that co-host Mayim Bialik can take the reins.

As Season 38 wrapped, he and actress Mayim Bialik – now handling Celebrity Jeopardy! – were officially announced as the permanent replacements for the late, great Alex Trebek.

ABCJeopardy!’s fans said 5 weeks of tournament episodes instead of 2 like in the past is ‘too long’[/caption]

JeopardyMany worried that after more time between games than any super-champ before, new challengers could have ‘seen Cris win on TV’[/caption]

PrevPreviousI have a celebrity doppelgänger – if I had a dollar for every time I was told about it I’d be rich
NextLive’s Ryan Seacrest, 47, & girlfriend Aubrey Paige, 25, share a steamy kiss in rare photo of reclusive couple togetherNext