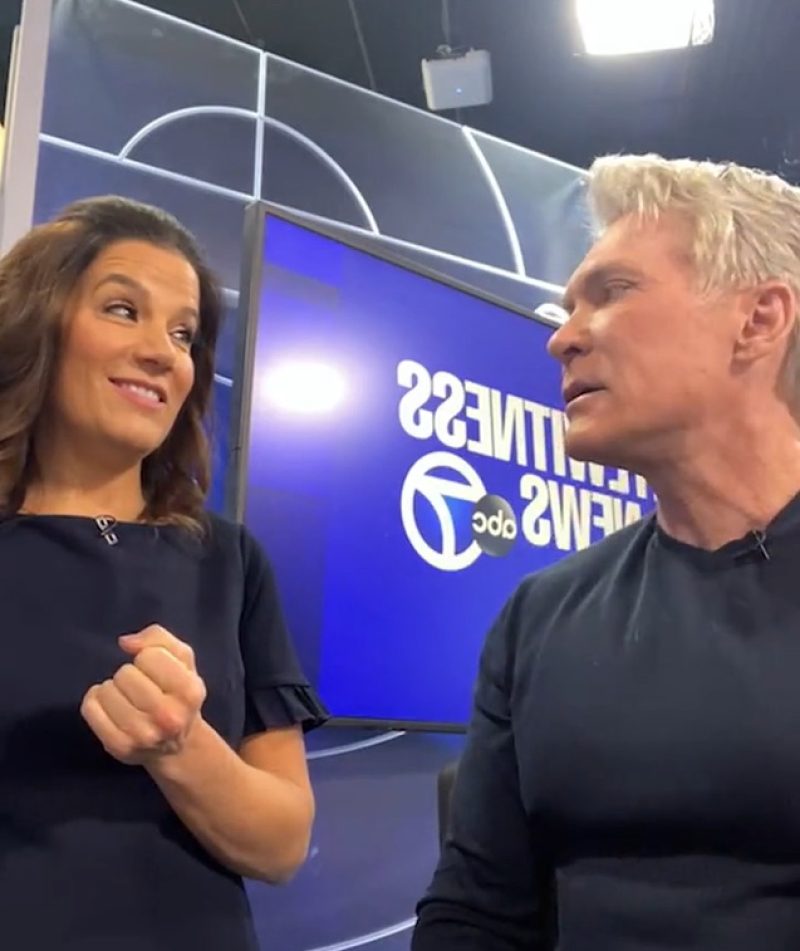 Sam joined his co-host for an Instagram Live on Monday morning as the pair talked about the upcoming cold weather and holiday decorations.

The Instagram Live video, which was posted to Sam’s page this morning, was captioned: “Monday morning chat about nothing … #christmas #decorations #beardchains.”

In regards to what seems like a sudden onset of cold weather in November, Sam admitted he’s ready for the holidays.

Sam noted how the pine tree he put up on his rooftop garden about two years ago is now tall enough for lights and decorations.

Read More on Tips for Winter

I’m a home expert, here’s seven ways you can instantly draught-proof your house

He explained: “So I ordered the decorations. They got here over the weekend … so I’m going to do that.

“I’m going to put a lit start on the top and wrap it in lights. My Christmas tree is going to be an outdoor tree.”

“And I am going to do it this week,” Sam said with a smirk on his face.

Heather admitted she thought Sam was “crazy” for putting up his decorations so soon.

She thinks Christmas lights should be put up after Thanksgiving.

Sam, who noted that his outdoor tree will be his only tree this year, received many comments on his live video slamming his plans to decorate early.

One fan commented: “Day after thanksgiving for me. And strictly outdoors.

“Indoor decorating begins on the 1st of December, and tree goes up a few weeks before Christmas, and stays up till the 6th of January.”

Another wrote: “Day after Thanksgiving I start decorating for Christmas.”

However, not everyone thought his early tree decorating was a problem.

One Instagram user said: “Yes I love Christmas and I love to decorate!!

“I just started yesterday I have four trees to put up.”

The Monday morning chat comes just days after Sam took to social media to share a shirtless photo of him and his husband on a Florida beach.

Sam, 61, shared an image of himself on Friday standing alongside his beloved Rubem Robierb, 45, in South Beach in Miami.

The photo sparked praise and compliments from dozens of fans.