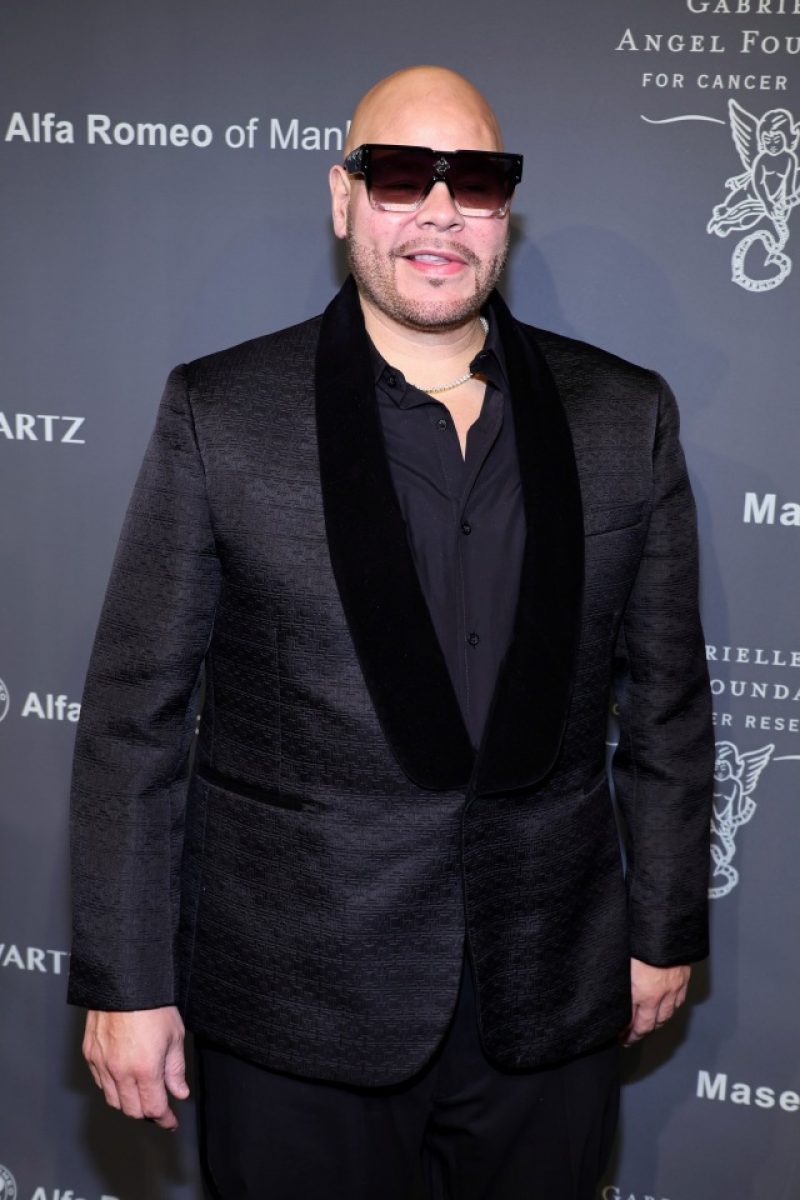 FAT Joe has opened up about his suicide attempt and nearly losing his life in a shootout in his new memoir.

The rapper made the shocking confession in his tell-all, The Book of Jose, released on Tuesday, November 15.

In the book, Fat Joe – birth name, Joseph Antonio Cartagena – detailed his rough upbringing living in South Bronx, New York, and some of the struggles he faced before reaching fame.

One vulnerable moment the Lean Back rapper shared was when he almost ended his life after planning to drive into a concrete barrier.

“I never told anybody before: I’ve actually thought about taking my own life. I guess now is the time to let it out…it happened during the holidays when I was maybe seventeen, eighteen,” Fat Joe began.

He then recalled an argument he had with his older half-brother, who lashed out at him that he wasn’t his biological sibling.

The spat triggered an emotional response from the rap star, who ran out of the house, ignoring his family’s effort to stop him.

“I drove off, crying more than I ever had in my life. I kept driving faster, pushin’ the Mustang hard,” Fat Joe recollected.

“I found myself racing all the way from Forest projects to City Island… There’s only one way onto or off of the island: two lanes over a bridge. I drove over that bridge maybe 100 miles per hour and right through City Island…”

The Terror Squad founder then shared the terrifying moment he considered driving his car into a barrier.

“The anger in my heart, the tears sliding down my face all intensified. I felt alone. I started to think I didn’t want to be here. Right by Tony’s [restaurant] there was this huge concrete barricade to stop you from driving into the Long Island Sound. That’s where I was going.

“I contemplated ramming my Mustang right into the barricade at top speed. My car was traveling so fast that I only had a few seconds to choose between life and death as the barricade came into view. My eyes, almost blinded by tears, finally connected with the barricade.

Fat Joe confessed that he thought taking his life was the only option at the time and that he felt “betrayed” by his family.

However, the then-teenager had a change of heart and did not go through with his plans.

“All of a sudden, as much as the thought of death consumed me in those would-be final moments, I knew I didn’t want to die. I had more living to do. The feeling of wanting to live returned and overwhelmed me. I hit the brakes and slowed up in time….”

Following his story, Fat Joe admitted that he never had suicidal thoughts again after that episode.

However, that wasn’t the last time that the All The Way Up rapper would have a brush up with death.

Later in the book, the 52-year-old revealed that he was shot multiple times by a friend in a horrifyingly close call.

Fat Joe recalled the encounter erupted after he confronted his friend about the $10 he owed him.

The pair disagreed over the matter, leading to him hitting his friend over the head with a Diet Pepsi bottle.

Things quickly escalated when he discovered his friend was armed with a gun and retaliated.

“He cocked the gun, aimed at me, and shot… I saw the shells dropping to the concrete in slow motion… That’s when I finally took off running…” the New York native wrote.

“A bullet hit me in my back and came out my stomach. Maybe it was the adrenaline but I didn’t even break stride. Then boom! I got hit again, this time in my arm. I still managed to keep running.”

Fat Joe’s uncle eventually brought him to the hospital, where he confessed he “didn’t think he was going to make it.”

Luckily for the What’s Luv? rapper, his injuries weren’t extensive, allowing him to leave the hospital later that night.

He remembered: “It was important for me to get out of the hospital as soon as possible because there were already rumors going around that ‘Fat Joe is dead.’”

Fat Joe went on to have a successful rap career, releasing 13 albums and collaborating with other artists such as French Montana, Plies, Nas, Diddy, and Bone Thugs-N-Harmony.

His most successful album to date was Jealous Ones Still Envy (J.O.S.E.) which was released in 2001.

The album was certified platinum by the RIAA and internationally certified silver by the BPI.

It also reached the top 100 on multiple music charts.

GettyFat Joe has since become a successful rapper, releasing 13 albums and collaborating with numerous well-known artists[/caption]