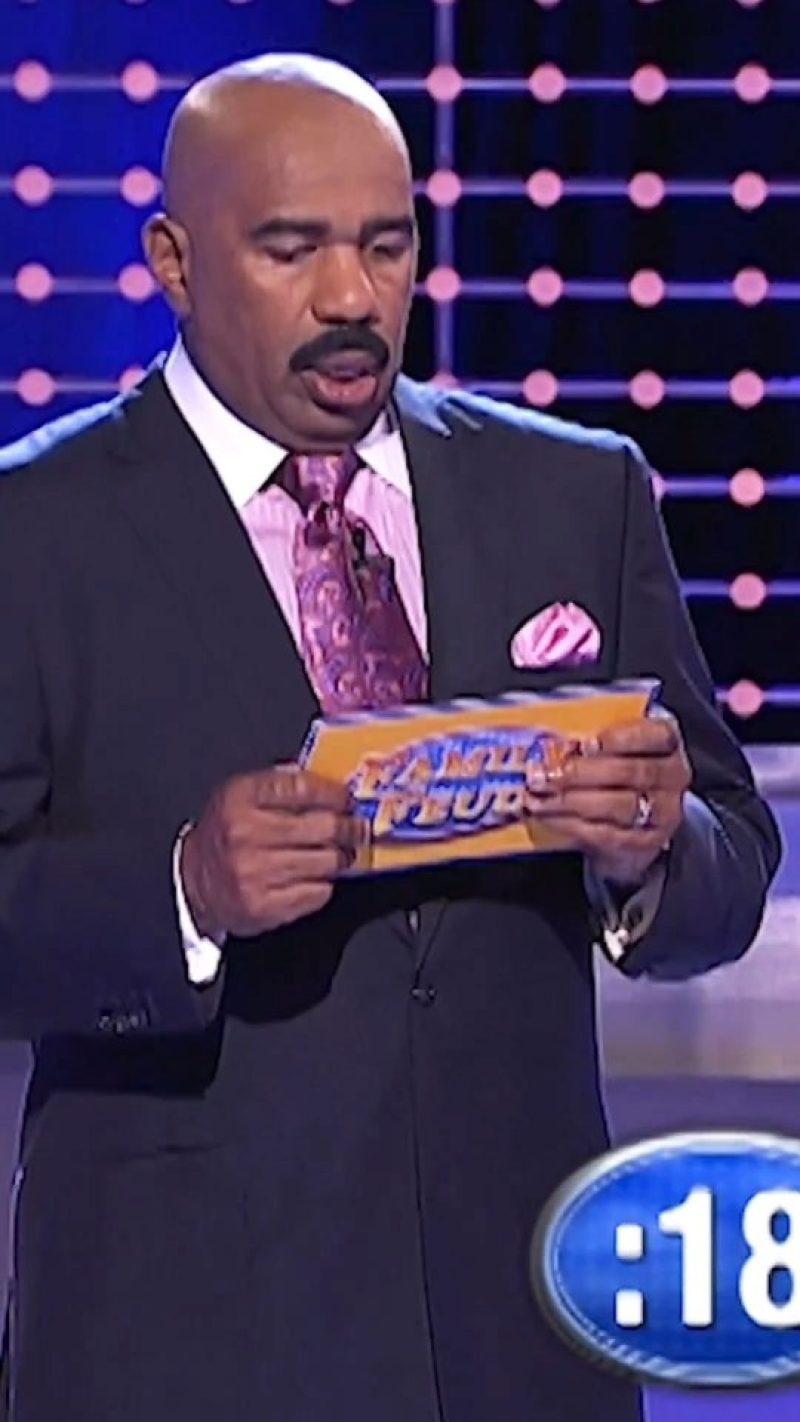 AN NSFW answer on Family Feud has completely shocked host Steve Harvey and caused him to shut down in the middle of the show.

One contestant has managed to surprise the 65-year-old so much that he fell down on his knees.

During the Fast Money round on a recent episode of Family Feud, Steve asked contestant Secily: “We asked 100 men. Name a part of your body that’s bigger than it was when you were 16.”

Without hesitation, she shouted: “Your penis!”

Meanwhile, Steve was so shocked he couldn’t even respond.

He mumbled to himself as the rest of him stood there frozen.

Eventually, Steven started to shake as the crowd cheered and laughed over the whole scene.

Standing got to be too much for the surprised host, and he slowly fell to the ground.

He stopped once he got all the way down to his knees.

The contestant just stood there next to him, laughing, and wondering how wrong her answer had been.

Seeing the host like that, she tried to console him with one hand on his shoulder and the other on her heart.

The buzzer soon sounded to let the player know that she did not guess correctly.

“Not so good,” she asked Steve.

Fans had a field day with the host’s reaction to the NSFW answer.

One called out in the comments section of a clip of the show moment: “STEVE!! About to pass out!”

A second wrote: “The way he shuts down was just hilarious.”

“Steve shut off from that one,” pointed out a fourth.

Others said the game show host was “astonished” and “needed to reboot after that” answer.

This is far from the first time that Steve’s received NSFW answers on the game show.

Fans have realized this, too, which is why one joked on social media: “I don’t know why he’s always shocked by these sexual answers considering he’s the reason for half of them.”

Another said: “We’re pretending they don’t lead the witness with these questions now?”

“How can Steve still be phased,” another wondered, after seeing the host react to similar responses on the show before.

Over on Celebrity Family Feud, Kristin Chenoweth shocked both Steve and fans after giving an NSFW answer on the game show in August.

The 54-year-old’s response had to get bleeped out as viewers called it much too “dirty” for TV.

While competing on the show, she was asked: “After the lips, what is your favorite part of a man to kiss?”

Kristin answered quickly, but it was clearly far from what everyone on the show was expecting her to say.

Everyone looked shocked and started to crack up after the Broadway star gave an NSFW response that had to get bleeped out.

After buzzing in, she said: “Rhymes with [bleep]!”

Upon seeing everyone’s reaction, Kristin held her head down and her hands clasped in front of her as she walked away from the podium.

Steve had to turn away as he said, “Oh my goodness.”

Not wanting to repeat what Kristin had said, Steve just called out to the answer board, “It rhymes with it.”

Unfortunately, the NSFW response was all for nothing as she got a big X on the board, letting her know her answer was not right.