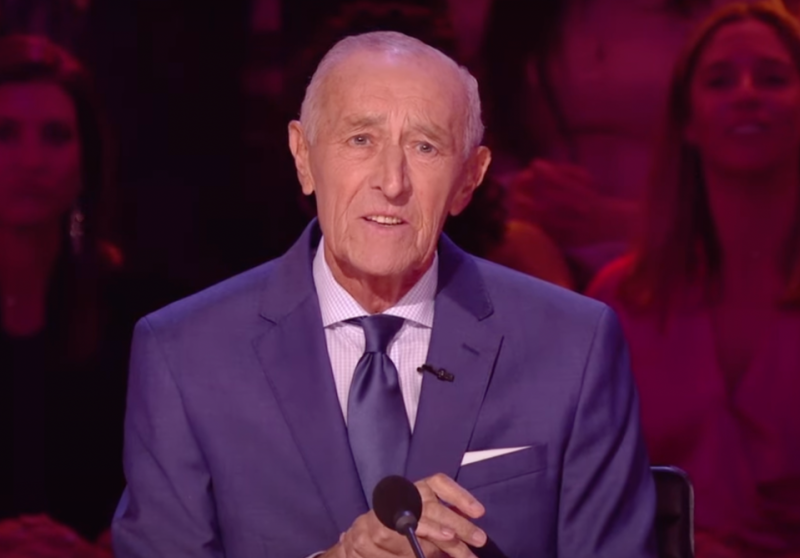 DANCING With the Stars judge Len Goodman has confirmed that he will be retiring from the show after 17 years to focus on family.

The longtime judge and former professional dancer announced his impending departure during the semifinal on Monday.

Len Goodman has announced his retirement from Dancing With the Stars

Ahead of the second round of competition, host Tyra Banks teased a big announcement from the judge.

Len told viewers: “Whilst we’re all getting excited and looking forward so much to the finale next week, it will also be with a touch of sadness as this will be my last season judging on Dancing With the Stars.

“I’ve been with the show since it started in 2005 and it has been a huge pleasure to be a part of such a wonderful show, but I’ve decided I’d like to spend more time with my grandchildren and family back in Britain.”

The head judge continued: “I cannot thank you enough, the Dancing With the Stars family. It’s been such a wonderful experience for me and I’m looking forward so much to next week’s finale. I’m sure it’s gonna be absolutely brilliant.”

On Twitter, longtime viewers expressed their sadness to see the DWTS icon go.

They also made sure to wish him well in his next phase of life.

One fan tweeted: “Len Goodman will always be one of the most iconic #DancingWithTheStars judges ever! I’m devastated to see him go & I hope he enjoys his retirement!”

Another wrote: “Len Goodman will be truly missed by all the DWTS fans and family!! It’s so sad to see him go! The show will never be the same without you!! Wishing him the best on his retirement!! Your DWTS FANS LOVE YOU LEN!!”

A third fan tweeted: “Thank you Len Goodman! A true professional with laser focus vision and an inspiration to many around the world.”

A fourth viewer wrote: “There is no judge like Len Goodman and his critique no matter how harsh or critical he was you always respected it. I loved him as a judge on the show even if there were times I disagreed with him. He will be missed on the show.”

A fifth tweeted: “I’ve watched the show since the beginning. I can’t imagine Dancing With The Stars without Len. I thank him for making the show special and wish him well.”

Someone else added: “I can’t even start to imagine #dwts without Mr. Len Goodman. From day one in 2005 he’s been there in the ballroom with his expertise and charismatic personality. The iconic “Ten from Len” is a memory I look forward to every season of the show. We’ll miss you, Len!”

Another fan wrote: “Len has been the only judge not to give in to favoritism or what the network/producers want. I’m happy for him but what a loss this is for a show that is struggling to hold on.”

An eighth viewer added: “Thank you so much Mr. #LenGoodman for your hard work and dedication during all these years in “Dancing With The Stars” @officialdwts.”

PrevPreviousKardashian fans are convinced Kim will date handsome Grey’s Anatomy star next & already made up their cute ‘couple name’
NextTristan Thompson’s baby mama shades star with post about ‘spending time with kids’ as he ‘still hasn’t met’ son Theo, 1Next