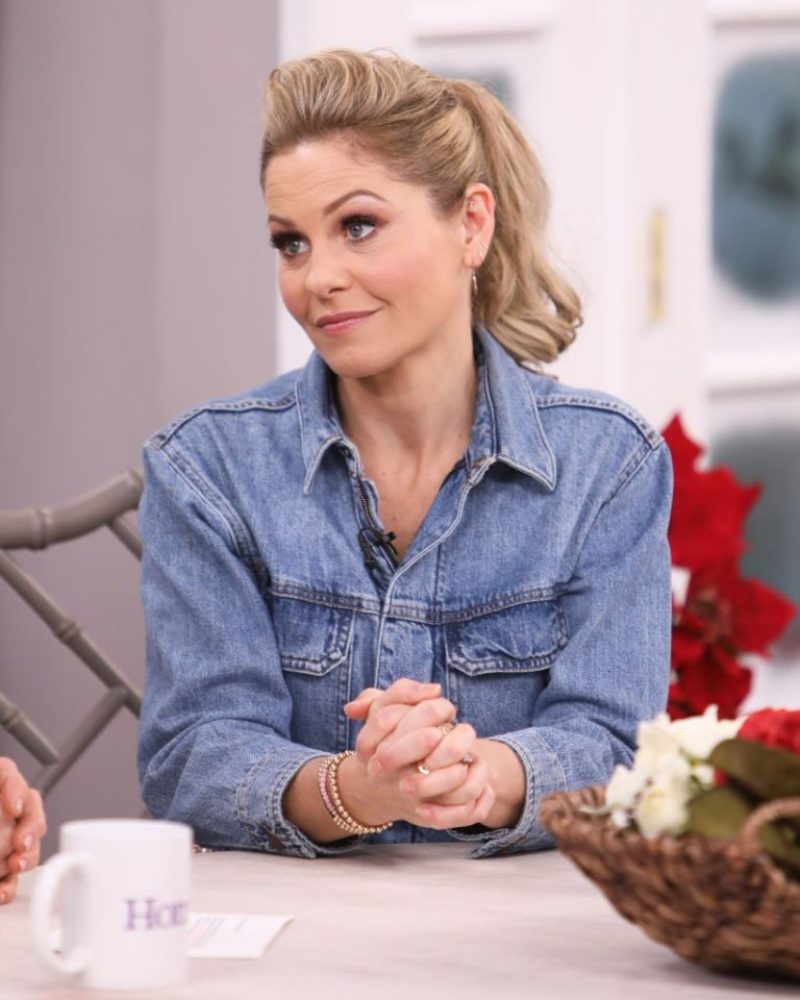 CANDACE Cameron Bure has been slammed by a fellow actress, after boasting that her new holiday movie home, Great American Family, will “keep traditional marriage at the core.”

In response, Hilarie Burton, who has starred in her own share of holiday movies, called Candace a “bigot.”

In a recent article in the Wall Street Journal, Candace, 46, explained her decision to switch from making movies at the Hallmark Channel, where she had been for the past decade, for Great American Family.

“I knew that the people behind Great American Family were Christians that love the Lord and wanted to promote faith programming and good family entertainment.”

That apparently does not include same-sex couples as leads in holiday movies, and the former Full House star’s reference to traditional marriage set Hilarie off.

“I don’t remember Jesus liking hypocrites like Candy. But sure. Make your money, honey. You ride that prejudice wave all the way to the bank,” Hilarie tweeted.

Candace Cameron Bure reveals she has ‘PTSD’ from hosting The View

“I called this s**t out years ago when Abbott was at Hallmark,” she said in a separate tweet. “Glad they dumped him.

“Being LGBTQ isn’t a ‘trend’. That guy and his network are disgusting. You too Candy.

“There is nothing untraditional about same-sex couples.”

While Candace has yet to respond to the comments, Twitter users called her out under her post promoting the interview.

“Wow this outright bigotry,” one person tweeted. “We live in a diverse world. Great American Family Channel and (Candace) are pushing LGBTQ+ love back into the closet. Boycott her and this channel everyone.”

Another person added: “I have watched and enjoyed your hallmark movies for a long time.  Sorry to say I will no longer.

“You are in your way denigrating the lgbtq community.  I also will ask Hallmark to stop your reruns.  Goodbye.”

While one person simply slammed: “Unlike yours, my Christian faith is not homophobic.”

This isn’t the first time Candace has found herself caught up in a big Hollywood feud.

Earlier this year, JoJo Siwa put her on blast after a TikTok trend.

In the TikTok, creators choose the ‘nicest,’ ‘rudest,’ or even ‘celebrity crushes’ and quickly show photos of each category, leaving the viewers to guess.

JoJo showed a photo of Candace for the ‘rudest celebrity’ category.

“You know, I had a rough experience when I was little,” she shared with Page Six.

“I will say because I had a bad experience, that doesn’t mean that she is an awful human,” continued the Dance Moms alum.

“I think it just was an inconvenient time for her, and little 11-year-old me was just so pumped up and so excited, but that doesn’t mean she’s the worst human ever.”

Natasha Bure, Candace’s 24-year-old daughter, weighed in and defended her mom on Instagram.

“Respectfully, someone saying ‘no’ to taking a photo with you is not a ‘rough experience,’” wrote Natasha in her now-deleted Instagram story on July 28.

“This generation is so sensitive and has no backbone.”

She continued to say that “there are bigger issues in this world than this,” and told the Dance Moms alum to “grow up.”