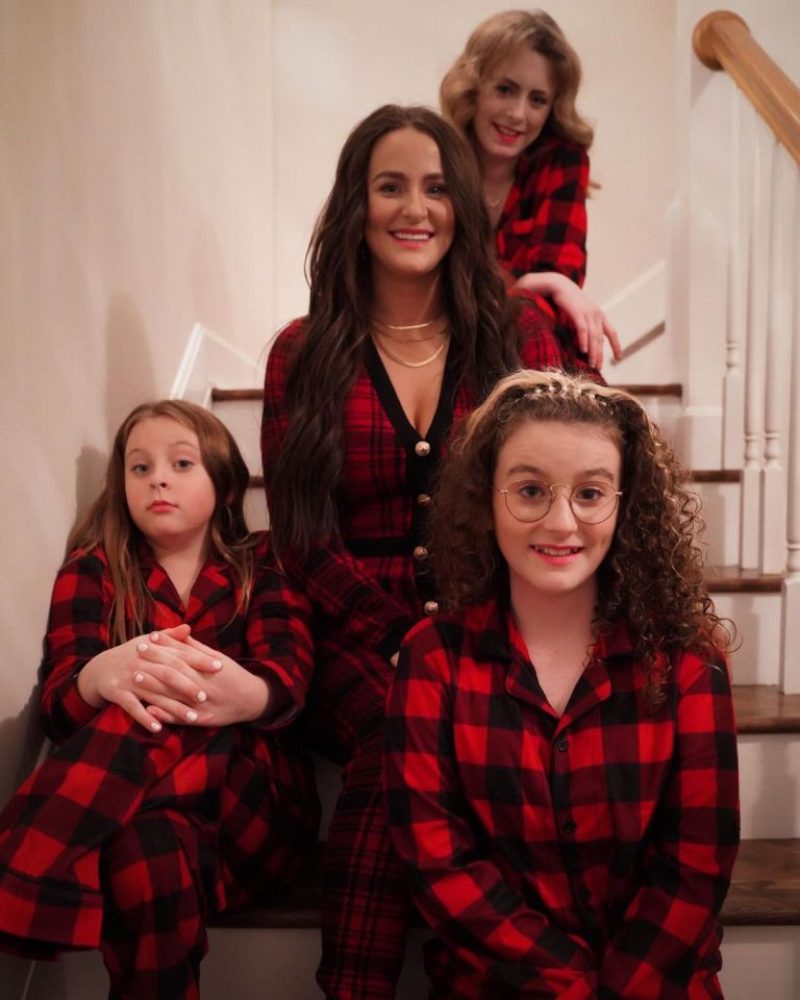 LEAH Messer has posed for a sweet “Friendsgiving” shoot with her three daughters Aleeah, Ali and Addie.

The Teen Mom 2 alum, 30, posted snaps of them posing in matching red and black pajamas at the weekend.

InstagramLeah Messer has posed for a sweet ‘Friendsgiving’ shoot with her three daughters Aleeah, Ali and Addie[/caption]

Leah posed on the stairs with her twins Ali and Aleeah, both 12, and youngest daughter Addie, nine, in one image.

In another, her twins pulled funny faces at the camera while standing in the kitchen.

The group was also joined by Leah’s pregnant sister Victoria, who showed off her growing baby bump.

Teen Mom fans flooded the comments to gush over how “grown-up” the girls look.

One wrote: “Love the matching pjs for you! The girls look so beautiful.”

Another said Leah’s eldest daughters should get into modeling, commenting; “Ali and Aleeah are actually models in the making!”

A third posted: “They look so grown up, when did they stop being babies???”

The MTV star is currently experiencing heartbreak as she and fiance Jaylan Mobley, 25, announced their split in September after a year of dating.

The sudden split came as a shock as the couple got engaged in August and had plans to expand their new home.

The former pair were also talking about having a baby together.

Leah and Jaylan announced their split on Instagram with the same black-and-white photo and caption.

The statement read: “While the last year has been tremendously exciting for both of us, we’ve realized that it’s best we walk separate paths.

“We are so grateful for the lessons, growth, and memories we’ve had in this relationship.”

The caption continued: “So many of you have watched our love story unfold, and we hope that you’ll continue to watch our stories while we move forward as friends.

“We will forever have love and respect for each other, and we ask for privacy as we refocus and transition out of this chapter together. X. Thank you, Leah and Jaylan.”

InstagramThe girls posed on the stairs in their festive outfits[/caption]