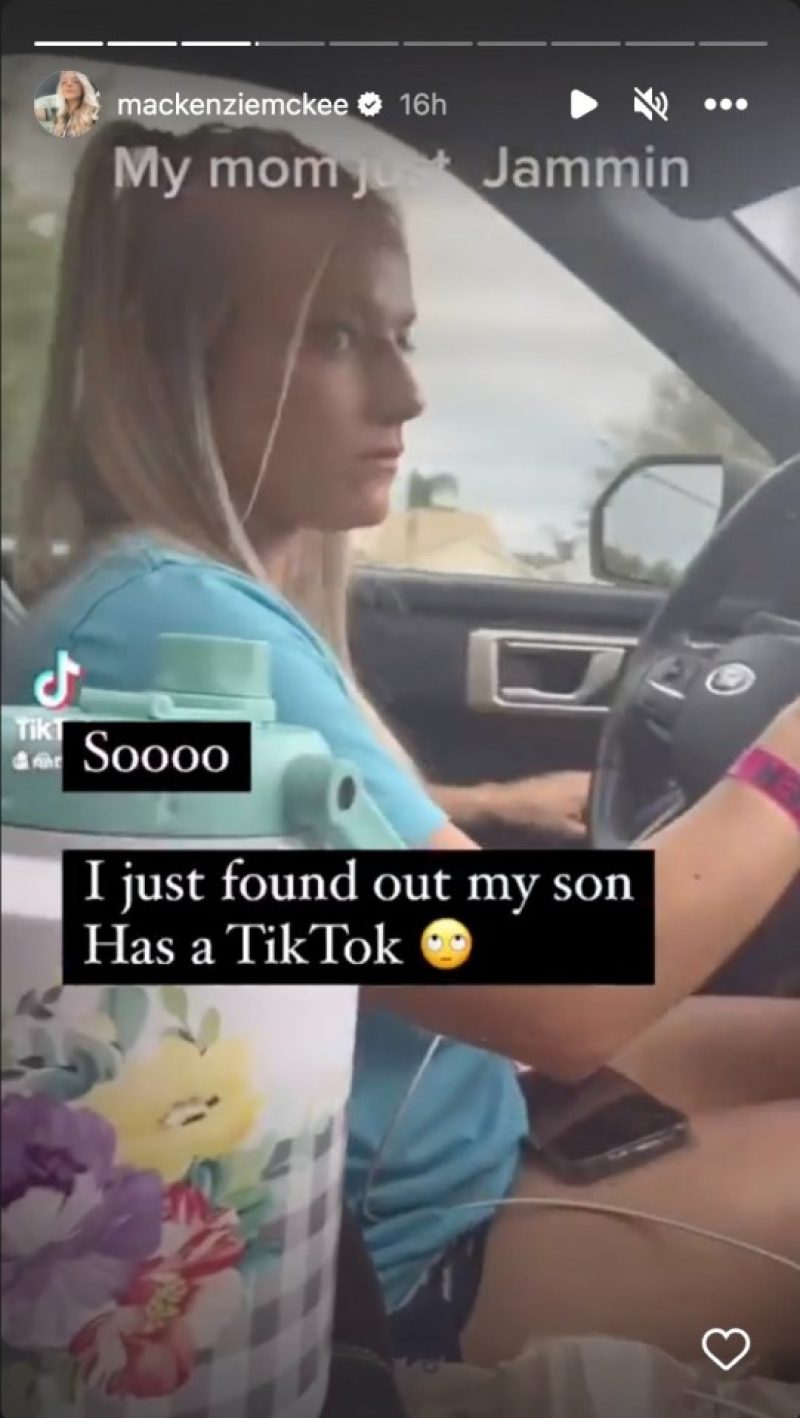 TEEN Mom Mackenzie McKee has been called out for not paying attention to her 11-year-old son Gannon’s online and phone activity after she revealed she just learned he had a secret TikTok.

In the TikTok video, the 11-year-old boy filmed his mother while she was driving and singing along to Beyoncé’s Naughty Girl song.

The Teen Mom OG alum apparently did not know her youngster had set up an account on the short-form video platform.

She claimed in her text: “So, I just found out my son has a TikTok,” along with an eye-roll emoji.

In an online thread, critics blasted the MTV mom for not paying attention to the dangers of the world wide web and leaving Gannon unsupervised.

One critic said: “Parents do not monitor what this kid does/watches at 6 years old.

“It’s terrifying what she can come across without anyone knowing.”

Another critic added: “That is really scary. I even monitor my toddler’s phone use.”

A third critic mentioned: “Parents not monitoring anything at that age.

“I don’t know why Mackenzie looked so shocked when she found some stuff when she looked into it.”

A fourth person wrote: “Absolutely no reason for kids this young to be on any social media!”

A commentator chimed in: “This is so so dangerous. The internet is a scary place.”

Along with Gannon, Mackenzie and her ex-husband, Josh, 29. are the parents to two other children: Jaxie, eight, and Broncs, six.

Back in July, the TV star revealed she was “breaking my silence about Josh and I being done.”

Celebuzz also confirmed the split and reported: “After ups and downs in her relationship with Josh, she’s exclusively confirming that her marriage is over.”

Recently, Josh appeared to be moving on and shared a naughty photo with his new girlfriend.

The father-of-three posted a pic of his new woman, Haile, straddling him at a bar

Josh wrapped his arms around the blonde beauty, who wore tight blue jeans with a black leather jacket.

Haile smiled with one arm raised in the air, and the other draped around his neck.

Josh pressed his lips against her breasts and hid behind her jacket and his baseball cap.

Haile shared another photo of the pair and gushed over their relationship in the caption: “Happy, finally,” with a red heart emoji.

The TV personality wrote: “My world my focus everything I do is for you three….#mom.”

PrevPreviousKim Kardashian reveals slimmed-down bum in skintight pink dress after fans think she’s ‘gone too far’ with weight loss
NextRoberta Flack, 85, reveals she has ALS as devastating disease has made it ‘impossible’ for the music legend to singNext