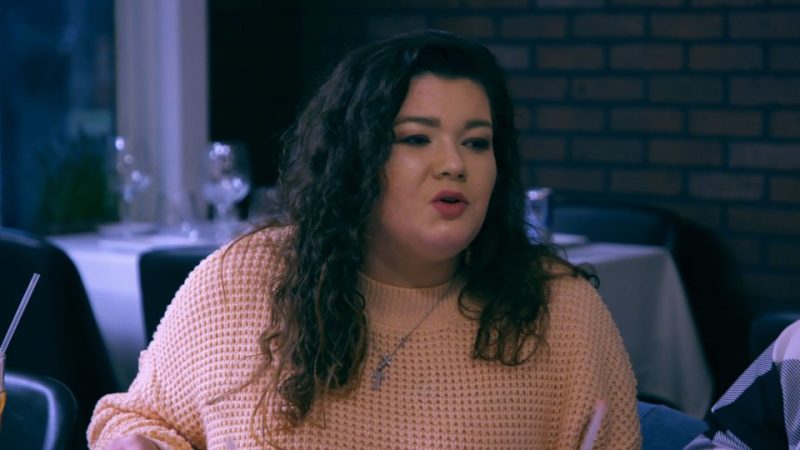 TEEN Mom star Amber Portwood has been slammed for sharing a rude post just hours after her daughter Leah celebrated her birthday.

Amber, 32, shared a meme on her official Facebook page which read: “When she’s riding and your pp slips out and misses re-entry,” alongside a cartoon image.

Not known, clear with picture deskTeen Mom star Amber Portwood has been slammed for sharing a rude post just hours after her daughter Leah celebrated her birthday[/caption]

Others quickly commented on the thread as one simply said: “Gross.”

Another person wrote: “Portwood AF,” while a third asked: “What the hell is this?”

A fourth Reddit user said: “She needs help,” while someone else claimed: “Amber has way too much free time.”

A different person pointed out: “What a nice post on Leah’s birthday,” while another replied: “Omg hadn’t picked up on this.”

Someone else said: “This is 100% something Amber would laugh at. I cant explain why she just gives me that weird immature humour vibe.”

However, other Reddit users seemed to find it funny as one said: “I’m sorry that’s hilarious lol,” and another added: “This is great.”

While Amber was posting memes on social media, her daughter Leah was celebrating her 14th birthday with her father Gary Shirley.

Posting several pictures of them together on Instagram, Gary wrote: “Wishing my very awesome daughter Leah shirley a very happy birthday, she’s a very smart young lady & I couldn’t ask for a better kid. I love you Leah so very much.”

Referring to his wife, he added: “Ps. I tried to get @kristina_shirley3 in the pic, but No No Nooooo! we still love you woman.”

Leah was born in November 2008, but in December 2011, Gary was granted full custody of Leah.

Meanwhile, Teen Mom star Amber went on to have a second child with her ex-boyfriend Andrew Glennon and gave birth to their son James in May 2018.

In August of this year, The U.S. Sun revealed that Amber had lost custody of James and that her court outbursts and tell-all book were factors in the judge’s decision.

In the shocking ruling, obtained exclusively by The Sun, the custody judge wrote that several factors weighed into her decision to award Andrew, 38, sole custody over him and Amber’s son James.

The judge zeroed in on Amber’s latest book titled So You’re Crazy, Too? which was released just weeks before her and Andrew’s final custody hearings.

In the judgment, she wrote that in the book Amber “discusses her significant history of substance abuse, her history of domestic violence, her volatile attitude and propensity for aggression, her extensive mental health issues, her belief that the in-patient facility she attended for anger management should have instead been for drug use.

“Her fear she will never have overnight parenting time with her son, that she finds herself canceling on her son more often than she would like, and the idea of getting off probation soon concerns her because she will be unwatched and unchecked,” the judge concluded regarding her concerns about issues Amber addressed in her book.

Additionally, the judge mentioned the Teen Mom OG star’s outbursts in the final stages of the case, which transpired earlier this year.

Not known, clear with picture deskLeah celebrated her 14th birthday at the weekend and lives with her dad Gary Shirley full time[/caption]