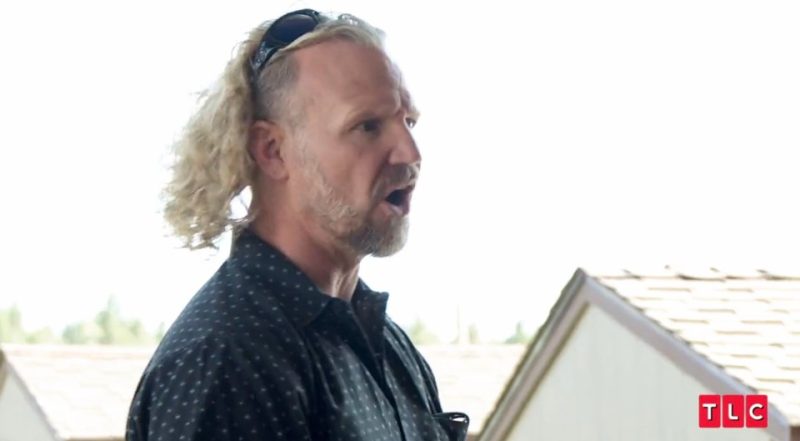 SISTER Wives star Kody Brown has lashed out at his ex Christine in a fight where plenty of heated words were exchanged.

In tonight’s episode of Sister Wives, Kody, 53, took his frustrations out on his former partner.

TLCChristine said she ‘never tried to treat anyone like crap’[/caption]

Kody is married to Robyn, 43, divorced from Meri, 51, and Christine, 50, and is said wife Janelle has parted ways from him.

In front of his other wives, the TLC star claimed Christine never tried to make a decent relationship with the others.

He shouted: “The accountability is what I’ve been asking for here!

“And you’re running away instead of being accountable!”

At the top of his lungs, the reality star continued: “Marriage is a call to be better than you are.

“Plural marriage is a higher call.”

Christine defended herself: “Look! I never tried to treat anyone like crap.

“But you did! You s**t on people so much!” Kody responded, as Christine apologized.

He continued: “And you admitted to it! And you couldn’t correct it!

Recently, The U.S. Sun revealed Christine was “100 percent” the one person who “forced” Janelle to leave her husband, Kody.

The insider claimed: “Janelle had no real reason to leave until Christine pointed it out to her.

“They have joined forces in supporting each other.”

The source closed: “This is a hard-core power trip. It’s antagonizing to Kody, and he absolutely hates it.

“They’re doing everything they can to go against Kody.”

The insider also shared that Janelle and Kody’s split started “a year or two years ago during Covid.”

“Covid created a lot of [the separation]. It gave the sister wives comfort to know that they could be on their own.

“Christine was the ringleader showing that they don’t need Kody.”

The insider added: “With all certainty, the final straw was in May or June. It was at the beginning of summer when it’s been completely dissolved between Janelle and Kody.

“She’s no longer claiming to be his wife. She does not believe she’s part of the equation of marriage with Kody anymore.”

Kody currently lives in Flagstaff, Arizona, with his wife, Robyn.

After their split last November, Christine moved back to Utah with her children, away from the rest of the sister wives and Kody.

In October, Janelle brought Christine along to witness her son Logan Brown getting married to his longtime girlfriend, Michelle Petty.

Christine brought along her three daughters – Truely, 12, Ysabel, 19, and Gwendlyn, 20 – as her dates to the wedding.

Kody did not appear in any photo from his son’s wedding day.

Logan, Truely, Ysabel, and Gwendlyn are part of Kody’s 18 children.

TLCKody said Christine was ‘running away instead of being accountable’[/caption]

Christine Brown/InstagramChristine has moved to Utah since the split from Kody, while he has remained in Arizona living with his fourth wife, Robyn[/caption]