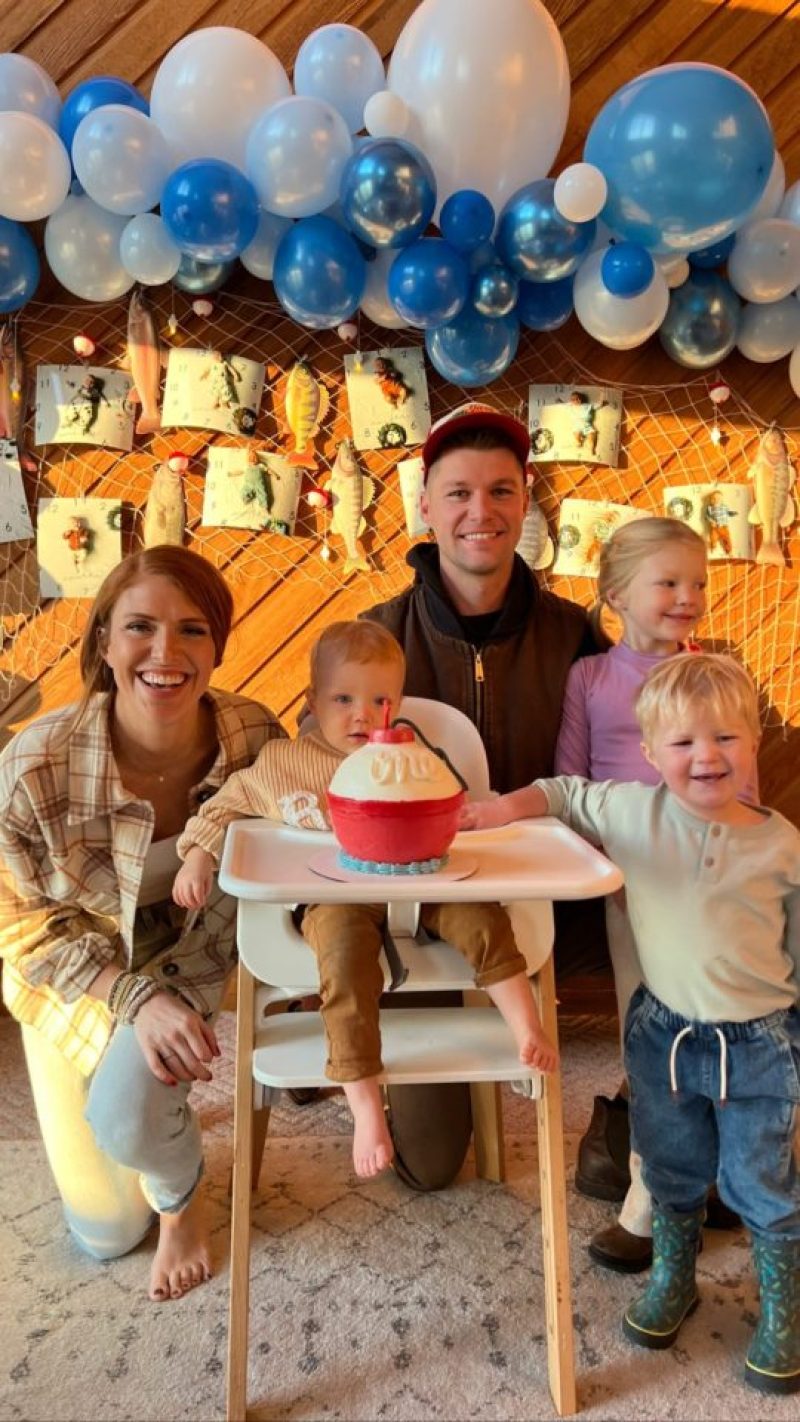 In a slew of Instagram stories, Radley sat in his high chair while staring at his velvet cake with white frosting.

Behind the birthday boy, blue and white balloons, pictures of the toddler, and hanging fish props decorated the wall.

A small sign said: “Radley is o’ fishally the big one.”

For a group shot, Audrey, her husband, Jeremy Roloff, 32, and their two other children – five-year-old daughter Ember, and two-year-old son Bode – gathered around the infant.

The LPBW star captioned the post: “Reeling in the big ONE for our Radley who is o’fishally one.”

Radley seemed more interested in the cake as he smothered the frosting all over his cheeks.

The siblings previously reunited for the memorial of their grandfather, Ronald Roloff.

In the photos, his girlfriend, Caryn Chandler, 53, interacted with Jeremy, Audrey, and their children.

However, she steered clear of Tori Roloff, 31, her husband Zach, and their three kids – son Jackson, five, daughter Lilah, two, and baby boy Josiah – during the memorial.

Matt captioned the post: “Papa Ron would have been so happy to see all the cousins playing and celebrating his amazing life.

‘HASN’T SPOKEN TO THEM’

A source exclusively told The U.S. Sun that Caryn barely spoke to Zach and Tori during the event.

The insider revealed: “Caryn hasn’t spoken to them in months now, and that hasn’t really changed despite the weekend get-together for Matt’s dad.”

Zach and Jeremy have distanced themselves from their father after he decided to sell part of Roloff Farms for a whopping $4million.

Caryn became embroiled in the rift as Zach and his wife blamed her for influencing the controversial move.

BACK AT THE FARM?

In October, The Sun revealed Jacob, 25, and his wife, Isabel, 26, moved to a plot of land under heavy construction beside the Roloff farm.

A source explained: “The rest of the family doesn’t mind, as Matt and Caryn get along so well with them.”

Matt and Caryn help with the couple’s ten-month-old baby Mateo while Jacob works on the farm and Isabel greets fans.