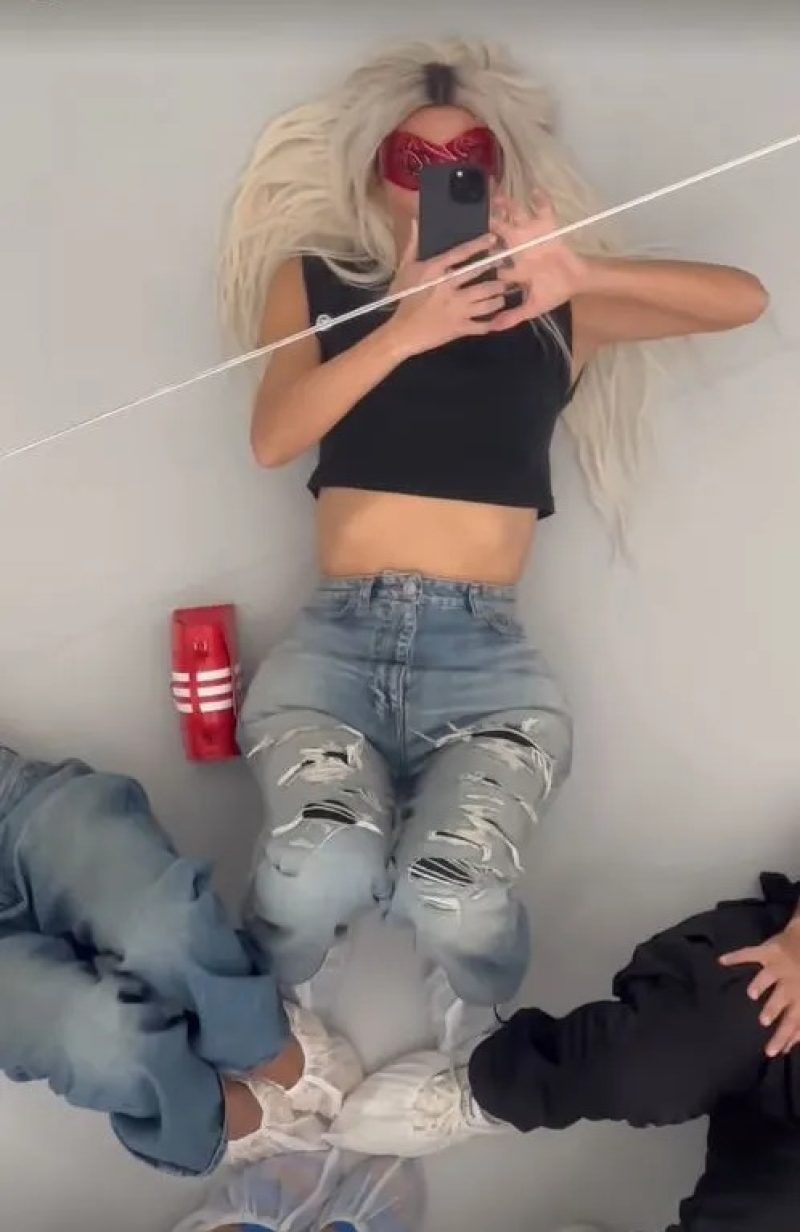 KIM Kardashian has shown off her super-slim frame while visiting an art exhibition in Miami.

Kim went to an immersive art show with work from the artists Es Devlin and James Turrell.

She filmed herself raising her arms in the air while standing in a huge space covered in mirrors.

In another image, Kim lay on the floor in a circle surrounded by her friends.

The mother-of-four’s waist and arms looked thinner than ever as she posed with her arms up.

Kim shocked fans in May by dropping a staggering 16lbs in just three weeks to squeeze herself into Marilyn Monroe’s dress for the Met Gala.

And last month, The U.S. Sun exclusively revealed that she wants to lose even more weight after months of major weight loss.

The source added that Kim – who lost 21 pounds over the summer – had sugar for the first time in weeks at her 42nd birthday party recently.