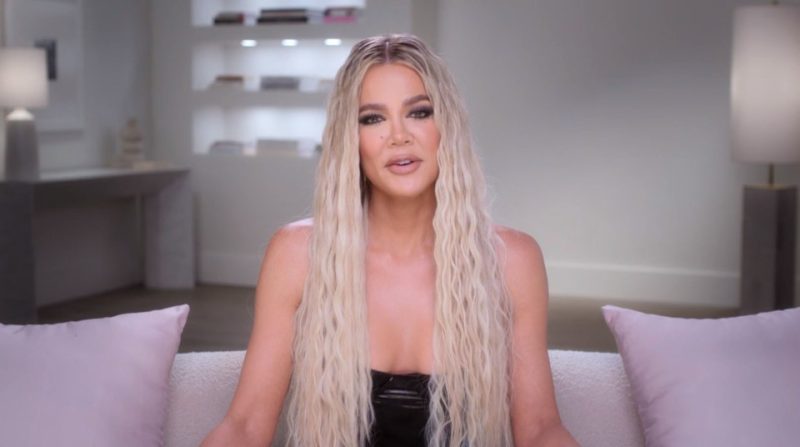 KHLOE Kardashian’s choice of attire in a new advertisement has made her appear skinner than ever.

Her shrinking frame was on full display, along with various pieces of children’s furniture and toys.

Khloe wrote in the caption that a lucky winner will win everything, writing: “Literally, you get everything in this photo — delivered directly to your door!”

The new photo comes after her sister Kim, 42, proudly bragged that Khloe is “skinnier than ever” during a pre-Met Gala fitting.

During a recent episode of The Kardashians, Khloe was shown getting fitted by designer Jeremy Scott and his team for the Met Gala.

Kim was present at the fitting at her younger sister’s house.

The SKKN mogul commented on her sibling’s weight loss, saying: “You’re skinnier than ever.”

Jeremy, 47, then chimed in: “Your measurements are smaller than the models that would do the show so you should know that that little waist is teensy itsy bitsy.”

She stood in the corset top of her gown sans pants, showing off her thin arms, shrinking waist, and stick-like legs.

Fans slammed Kim on Reddit and Twitter, with one writing: “Ugh not them falling over themselves praising how skinny Khloe is.”

Another fan pleaded with Khloe: “Girl stop starving yourself. That s**t is real life scary.”

After shedding 60 pounds since the birth of her daughter True in 2018, Khloe appears to have lost even more weight following her baby daddy Tristan Thompson’s cheating scandal.

Last August, Tristan and Khloe welcomed their second baby via a surrogate mother.

Fans have been open about their worries for Khloe in recent months.

While the majority of the fear stems from her seemingly extreme weight loss, her supporters have other reasons to be nervous about her.

She recently left fans nervous after she posed for snaps at the CFDA Awards last week.

Khloe, who rocked a bronze cut-out gown at the event, was photos with her fingers in her hair several times.

Fans worried that the reality star – who has been open about her anxiety at red-carpet events – may be nervously doing the move.

One wrote on Reddit: “She’s always fiddling with her hair or scratching her scalp, I think it’s a nervous tic or something.”

Another added: “I scratch my neck, scalp, or ears when I’m anxious and the longer my nails are the more likely I am to do it in public and hope people don’t notice.

“Really hope she isn’t doing this!”

A third posted: “Same! Whenever I’m stressed or anxious I just scratch at myself and don’t even realize until my bf yells at me to stop.

“Also made myself bleed. I do wonder with Khloe if it’s an anxiety-related compulsion.”

Khloe talked about her fear of red carpets during a lunch with her sisters Kourtney and Kim on a recent episode of The Kardashians.

PrevPreviousDWTS fans think Gabby Windey will tell all about her split from fiance Erich Schwer on live show after she drops hints
NextSaturday Night Live hosts and performers: Who’s appearing on SNL in 2022?Next