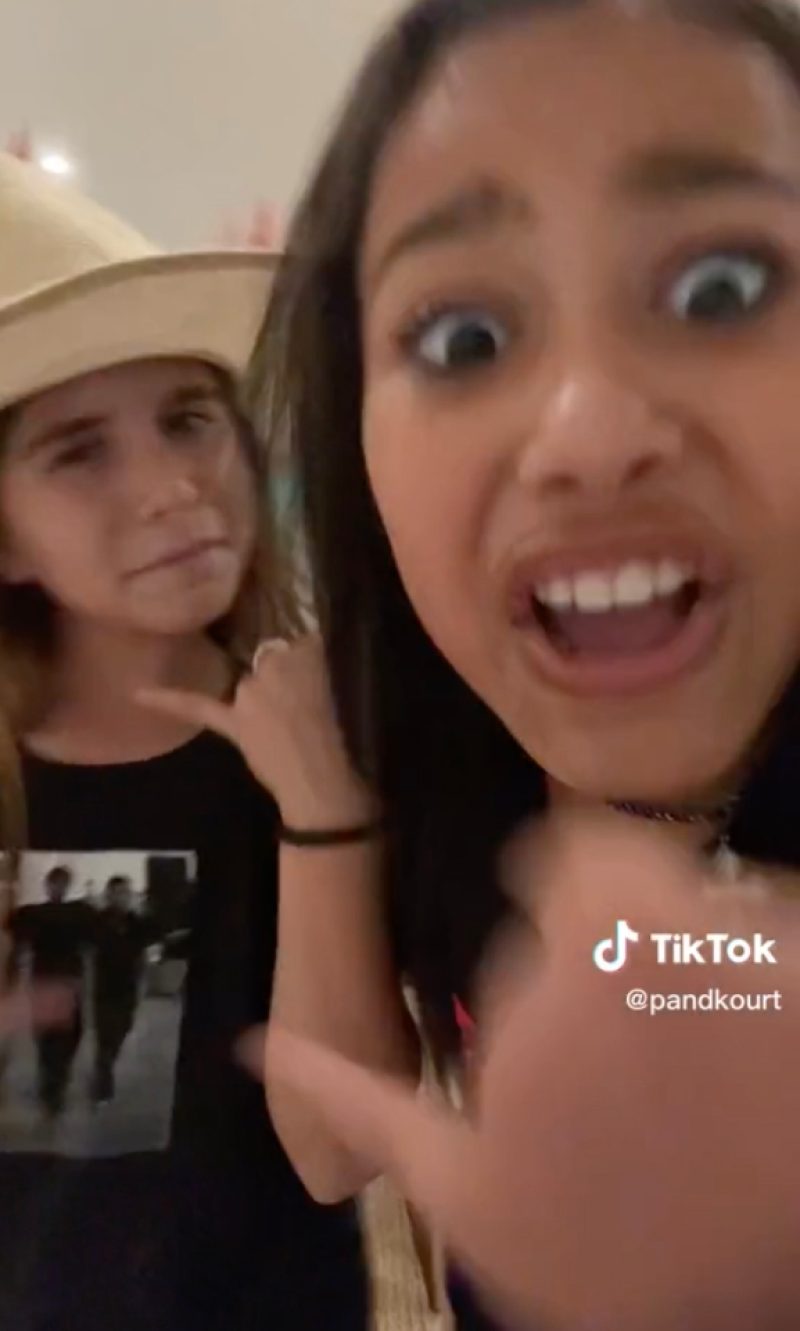 FANS have spotted an A-list singer’s little sister in the new TikTok from Penelope, 10, and her cousin North, nine.

The daughters of Kim and Kourtney Kardashian invited a special guest to play with them on TikTok.

In the music video, Selena Gomez‘s younger sister Gracie Elliot Teefey, also nine, appeared to be having fun with the twosome.

Gracie is the daughter of Mandy – Selena’s mother – and her second husband, Brian Teefey.

The three mimicked the lyrics to a speeded-up version of Carly Rae Jepsen’s song, Call Me Maybe.

During the clip, Gracie had a huge smile on her face as she used her cell phone as a prop.

In an online thread, fans loved seeing the children of famous stars getting along and having fun together.

One fan mentioned: “I always forget Gracie and the girls are close.”

Another fan added: “Looks like they are truly having a fun time making the video.”

A third fan gushed: “They are so adorable!”

A fourth person wrote: “They really do look like they are having the time of their lives.”

A commentator chimed in: “It’s so cute funny that Selena Gomez was in that viral video with her friends to this song 10 years ago, and now her little sister with the Kardashian kids doing the same.”

According to The Cut, Selena, 30, and her ex-boyfriend – pop singer Justin Bieber, 28 – starred in a homemade music video set to the same song in 2012.

Along with North, Kim, 42, and her ex-husband Kanye West, 44, are the parents of three other children: Saint, six; Chicago, four; and Psalm, three.

This is not the first time Penelope and North have shared their hijinks on social media.

Recently, the cousins attempted to make hot chocolate together on TikTok.

The two girls added milk to a Nespresso frother and dropped chocolate bombs into the miniature glass teapots.

“We’re just going to pour the milk and have it spin, spin, spin,” North explained.

Unfortunately, the girls had made a mess of the dishes in the sink by the time they finished and drank from their glass mugs.

North shares her profile with her famous mother, and they have often starred in the clips together.

Her father has been very vocal about his disapproval of his preteen daughter being on social media.