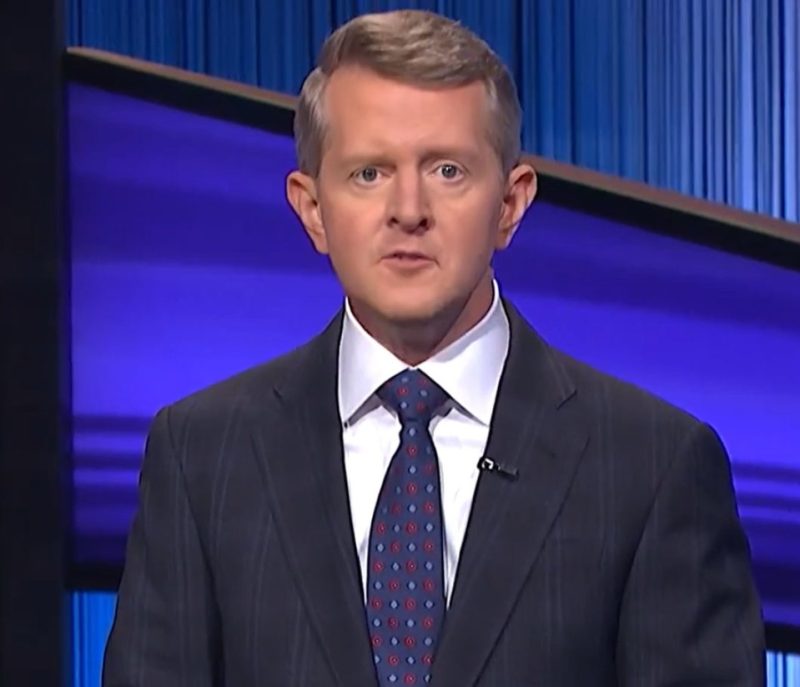 JEOPARDY! has fans buzzing with the official photo of the Tournament of Champions final matchups featuring Amy Schneider, Andrew He, and Sam Buttrey.

But someone spotted that the show may have accidentally leaked that one contestant will win in a “sweep.”

Jeopardy!’s Ken Jennings is hosting the 2022 Tournament of Champions finalsJeopardy!Jeopardy!The finalists will play until one wins 3 matches – the website has only 3 games scheduled[/caption]

Ken Jennings, 48, is presiding over the fierce $250K face-off featuring 21 (now three) Jeopardy! greats from the past year.

The smoke has cleared and 40-time winner Amy Schneider has emerged, along with Professor’s Tournament champ Sam Buttrey who shockingly beat Matt Amodio, and 4-time winner Andrew He who quietly trounced Mattea Roach.

Only one of the finalists was a frontrunner going in (being Amy), so anything can happen as the finals kick off.

Starting tonight, last leg is structured to last until one player wins three matches – so there could be three episodes or seven, and Jeopardy! has not buzzed in on how many it will take.

Except that fans think they inadvertently did.

The game show’s official display of the matchups is up – and right now, has each finalist marked with 0 wins.

By listing only 3 days, the show may have leaked not who will win, but that they’ll do so in three straight games.

If true, whoever wins tonight’s match would be the tournament winner.

‘HOPE THAT’S NOT A SPOILER’

One upset Reddit user began: “Website lists finals as being Nov 14 -16. Sure hope that’s not a spoiler on when the tourney will end.”

Another buzzed in: “I think Jeopardy is just saying the Tournament Of Champions is taking place at least Monday through Wednesday.”

“And the graphic that says ‘Tournament Finals Nov. 14 – 16’ is just referring to the first three days. But I agree it is misleading and could be seen as a spoiler. I hope they change it.”

Others agreed more games could be listed as the week progresses – or not.

“I’m sure it’s similar to normal sports and the TBD games just aren’t listed.” wrote a third. “But if any of the 3 sweep, it’s super impressive, this is a stacked finals.”

A fourth predicted if the site was accurate as it stands, professor’s tournament winner Sam (who’s technically never lost a match) could be the one to win three straight games.

“IF’ that were accurate and Sam [Buttrey] swept Amy and Andrew, he’d be a super champ for sure,” they wrote.

Others thought it could be underdog Andrew He since his Daily Double betting last week proved tournament material and then some.

Regular episodes and reigning ace Cris Pannullo will return mid-November when a winner is declared.

Over the summer, he and actress Mayim, 46, were officially announced as the permanent replacements for the late, great Alex Trebek – the two-year anniversary of his passing was last week.

The Tournament of Champions finals are structured to last at least three games and at most seven – fans think Jeopardy!’s website leaked it’s just threeABCThe website only lists the tournament as ‘Nov. 14-Nov 16’ and has only 3 games listed under each headshot[/caption]

Jeopardy Productions, IncPeople ‘hope the show didn’t spoil’ that tonight’s winner will ‘sweep’ and the tournament and it would be over by Wednesday[/caption]