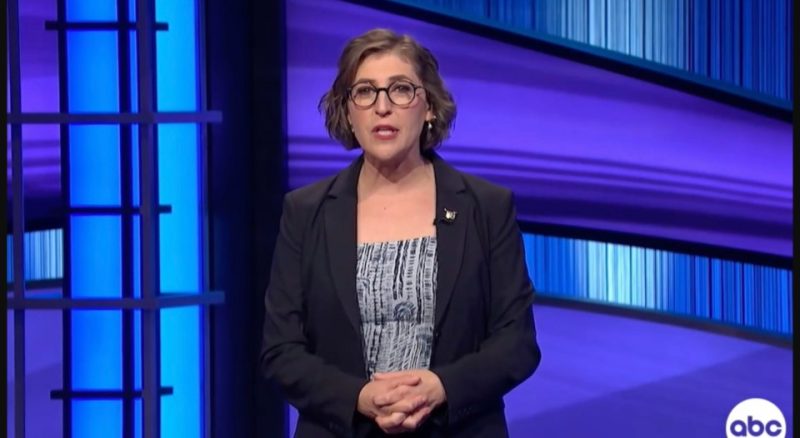 JEOPARDY! has quietly revealed that its celebrity spinoff won’t be back until January 2023 and will switch from Sundays to Thursdays – when the regular show also airs.

Fans are fuming over the schedule change for Mayim Bialik’s weekly special.

ABCCelebrity Jeopardy! is taking a huge hiatus, then switching to Thursdays[/caption]

ABCThe spinoff will air the same night as regular Jeopardy![/caption]

Mayim, 46, hosts Celebrity Jeopardy! – the winner of the weekly tournament-style spinoff gets $1M for charity.

Fans have embraced the retooled hour-long format, its new rules, and its pitfalls – contestants such as Hasan Minhaj had acted disrespectfully and producers had to apologize for its rocky start.

So it was all the more shocking that the eventual third finalist and the last slate of nine celebrities won’t take the stage for a while.

According to Jeopardy!’s website, the next episode will air on January 5, 2023.

At that point, the show will continue to be weekly – and on Thursdays instead of Sundays, which had been part of its charm.

The following episodes are on January 12, 19, 26, and February 2 with a one-episode final.

No mention of the change was made on the episode that aired yesterday, November 13. Instead, Jeopardy!’s schedule change was spotted by Reddit and it caused an uproar.

One fan fumed: “I really don’t get why they are doing this.

“Until now it was actually good with Celebrity Jeopardy on Sundays, and then regular Jeopardy Monday-Friday.”

They added: “With this move, we’ll just have 90 minutes of Jeopardy on Thursdays (regular+celebrity). Just seems like it was a better divide prior.”

Another claimed: “I believe American Idol is coming back to Sundays on ABC in January, so Celebrity Jeopardy! had to go somewhere.”

A third wrote: “Strange to play 2 out of 3 rounds, and then return 6 weeks later for the 3rd round and finals.”

A fifth user spotted that since Mayim is also switching in for Ken Jennings, 46, in January on the regular show – fans will get one and a half hours of Mayim on Thursdays.

Mayim’s sitcom Call Me Kat previously aired on Thursdays but has halted filming new episodes in the wake of Leslie Jordan’s tragic passing – others were worried Mayim would be “competing with herself” but that’s currently unclear.

The special had only previously been hosted by the late Alex Trebek, who died in 2020 from cancer.

Over the summer, Ken Jennings and actress Mayim, 46, were officially announced as the permanent host replacements for Alex – the two-year anniversary of his passing was last week.

Legends like Pam Mueller have exclusively told The U.S. Sun they think Mayim should only handle the celebrity spinoff, given her lack of history with the game show that made Ken famous.

NBCIf Call Me Kat also airs on Thursdays, fans would get ‘2 hours’ of Mayim Bialik those nights – at a minimum, 1.5 hours of her hosting Jeopardy![/caption]