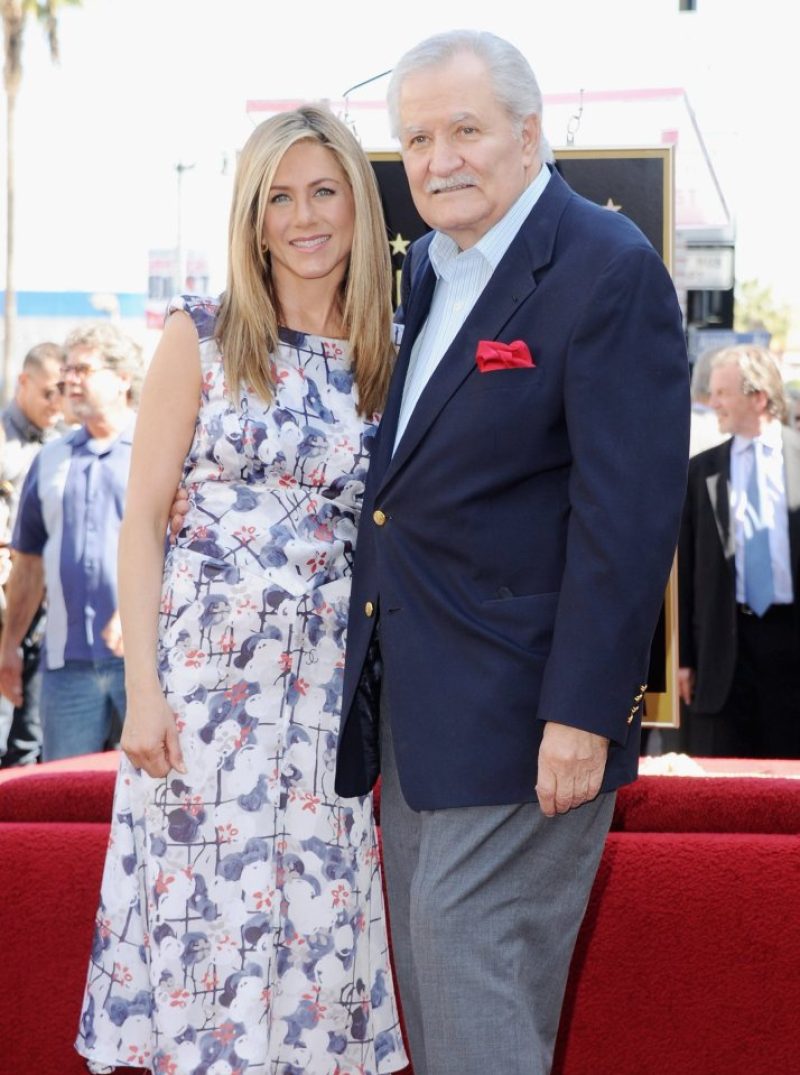 JENNIFER Aniston has announced the death of her father John on Instagram after the actor passed away at the age of 89.

Posting a black and white photo of them both when she was a baby, Jennifer wrote: “Sweet papa…⁣ John Anthony Aniston . You were one of the most beautiful humans I ever knew.

“I am so grateful that you went soaring into the heavens in peace – and without pain. And on 11/11 no less!

“You always had perfect timing. That number will forever hold an even greater meaning for me now I’ll love you till the end of time.

“Don’t forget to visit,” she added alongside a red heart emoji.

Jennifer’s post was inundated with comments from fans as well as her friends who passed on their condolences.

Jennifer Aniston, 53, wows in black as she hops in car with co-star Jon Hamm

“Now he is in a better place and he will always be with you!” one person said.

Another wrote: “I am so very sorry for you loss!” while a third added: “oh my word. I’m so sorry. He’s right there with you.”

Someone else added: “Im so sorry for your loss. Your dad was a legend to me. I’ve been watching him on Days since I was a kid. He will be so missed!”

Model Helena Christensen added: “He looks so wonderful such tender smiling eyes, sending you so much love.”

John was a Greek-born American actor and was best known for his role as Victor Kiriakis on the NBC daytime drama series Days of Our Lives, which he originated in July 1985 and had played continually since then.

He also starred in Gilmore Girls, The West Wing, and Mad Men.

In April of this year, the actor received a Daytime Emmy Lifetime Achievement Award at the 49th Annual Daytime Creative Arts & Lifestyle Emmy Awards on June 18.

John shared Jennifer with his ex-wife Nancy Dow who passed away in May 2016.

He walked out on Nancy, a model, in November 1979 after 11 years of marriage, when Jennifer was 10-years-old.

John also had a son, Alexander, with his second wife, Sherry Rooney whom he met while co-starring on Love of Life.

In 2020, it was reported that Jennifer had forgiven her father for walking out on her as a child and rang him every day amid the coronavirus crisis.

A source close to John told The Mail On Sunday at the time: “Jen forgave her father for walking out a long time ago. But their relationship has had its ups and downs.

“Jennifer didn’t speak to him for ages. But since the coronavirus crisis she has been on the phone almost every day. And not just brief conversations.”

The insider added: “It’s like she has realised life is very short and she wants her relationship with John to be the best it can be. He’s thrilled that they have reconciled.”

The We’re The Millers actress previously recalled the incident in an interview with The Rolling Stones, explaining that John left her mother for another woman.

She said at the time: “I went to a birthday party, and when I came back, my mother said, ‘Your father’s not going to be around here for a little while’.

“She didn’t say he was gone for ever. I don’t know if I blocked it, but I just remember sitting there, crying, not understanding that he was gone. I don’t know what I did later that night or the next day.

“I don’t remember anything other than it being odd that all of a sudden my father wasn’t there. And he was gone for a while, about a year,” Jennifer added.

PrevPreviousWho was Jennifer Aniston’s father John Aniston?
NextDWTS fans think Gabby Windey will tell all about her split from fiance Erich Schwer on live show after she drops hintsNext