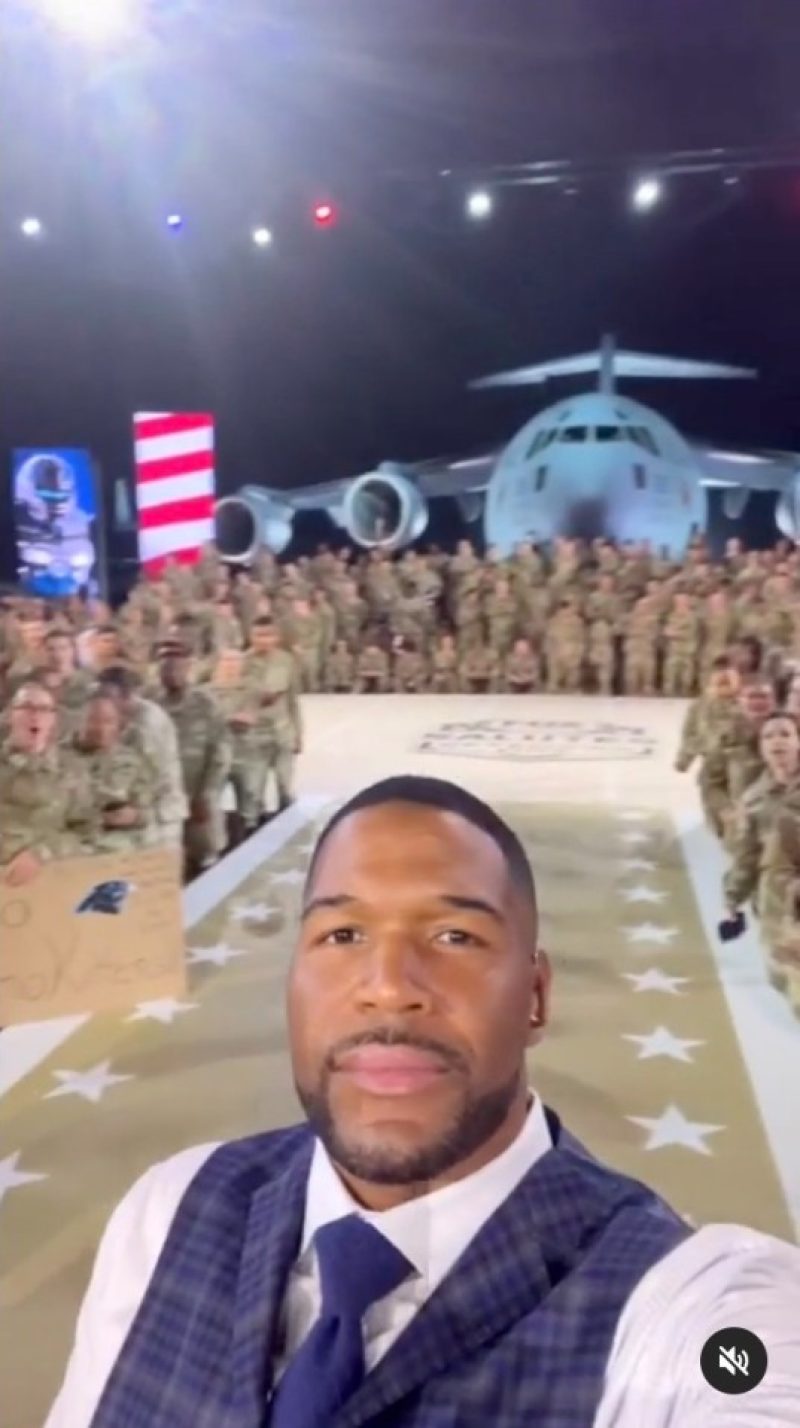 MICHAEL Strahan was tackled by an airman at an air force base in Qatar at the weekend.

The Good Morning America star, 50, played a friendly game of football with military heroes at Al Udeid Air Base for NFL on Fox on Sunday.

Michael, who looked smart in a navy suit, tried to advance through a group of airmen on stage during the game.

One of them swiftly blocked the broadcaster and sent him flying to the other side.

His teammates laughed and cheered him on as Michael staggered back and jogged around the edge of the stage.

Taking the rebuff in his stride, the Hall Of Famer jogged back over and pointed at the airman, yelling: “He’s good!”

Michael has a special connection to the armed forces, as he is a self-described “army brat.”

On Veteran’s Day, he shared a vintage-looking photo of his dad in a military uniform in front of a Christmas tree on Instagram.

“My dad served for 23 years in the army and was a proud member of the 82nd Airborne Division,” Michael added, after opening up about his past on Rachael Ray.”

Michael had a jam-packed schedule last week, heading to Qatar after filming a climate change special for GMA in Canada.

He sparked concern from viewers after filming “terrifying” scenes with polar bears in Canada on Wednesday.

He went on an expedition to see the animals during a segment on how their homes were under threat from the climate crisis.

TJ Holmes, Amy Robach and George Stephanopoulos were all in the office during GMA’s broadcast.

As it became clear that Michael wouldn’t be making an appearance, fans flooded social media with their concern.

One wrote on an online thread, “Why is Michael never on anymore?” while another added: “I hope he’s okay.”