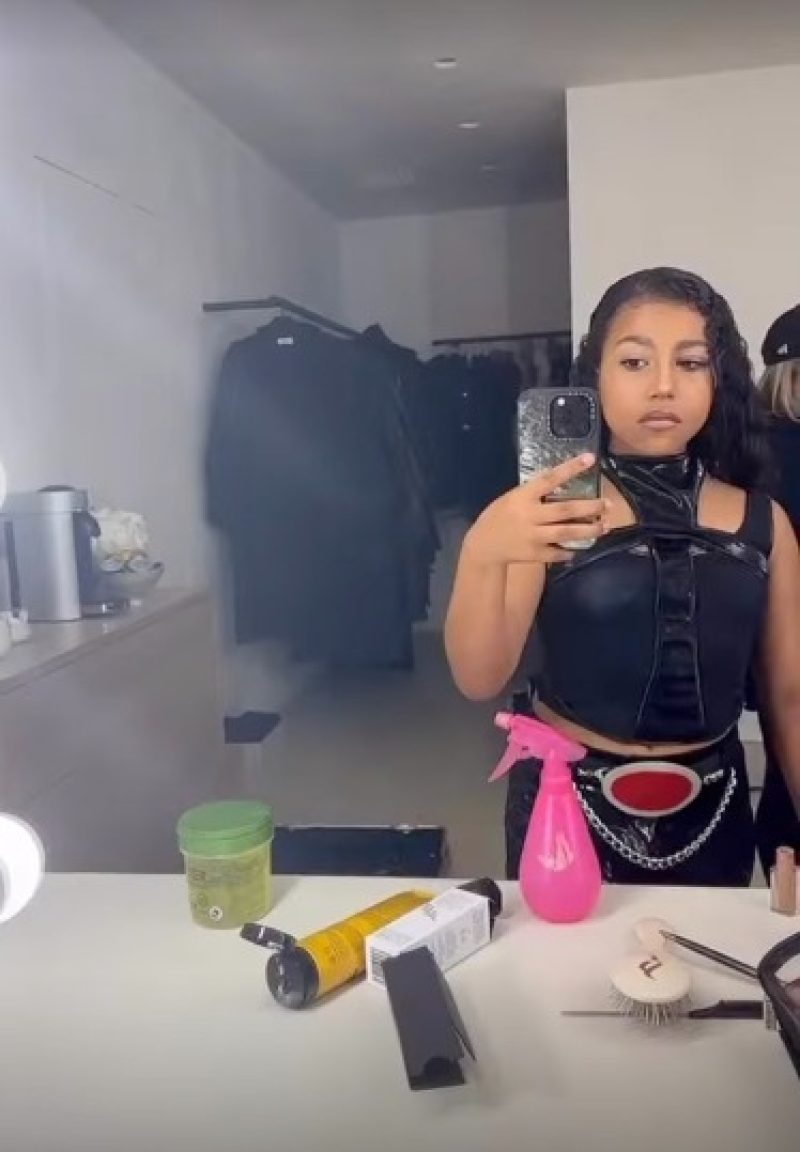 KIM Kardashian’s nine-year-old daughter North looks like the reality star’s older sister in a photo according to fans.

In an online thread, a Kardashian fan shared an image from a recent TikTok video shared by North.

In the short clip, Kim’s eldest child showed off her Halloween costume.

The preteen dressed up as Rozonda “Chilli” Thomas, who was a member of the ’90s girl group TLC.

North had a full face of makeup and sported a head-to-toe black leather ensemble.

After a grab of the TikTok was posted on the online thread, fans claimed North closely resembled Kim’s older sister, Kourtney, 43.

One person said: “I’ve been saying that North looks like Kourtney.

“Some of their features are just so much alike.”

“Is she Kourtney’s twin though? I think it’s because Kim’s old face was very similar to Kourtney’s,” another added.

“But the resemblance between North and Kourt is there.”

A third fan pointed out: “I think they definitely have resemblances.

“North has features that are very Kourtney, though.”

“Kourtney has had the least amount of work done,” one suggested. “Therefore, North looks more like the relative that looks like an actual Kardashian.”

A commentator chimed in: “North has the strongest resemblance to Kanye and Kourtney!

“It’s funny because from what we see, she’s got their personalities as well.”

Along with North, Kim and her ex-husband Kanye West, 44, are the parents of three other children: Saint, six; Chicago, four; and Psalm, three;

This is not the first time fans have pointed out the uncanny resemblance between Kourtney and North.

Earlier this year, Kourtney shared a sweet throwback photo of herself as a young girl

In the Father’s Day tribute, she posed next to her late father, Robert Kardashian.

In the shot, the Poosh founder had her dark hair pulled back in a ponytail and flashed an adorable grin at the camera.

Fans jumped to the comments section as one follower wrote: “Kourtney… or North?!”

While others noticed the similarity in their features, one follower agreed and commented: “Literally the same nose, mouth, and cheeks.”

A third individual posted: “Why does Kourtney look more like North than Kim?”

Kourtney, however, has her own kids with ex Scott Disick: Mason, 12; Penelope, 10; and Reign, seven.

Recently, cousins Penelope and North attempted to make hot chocolate together on TikTok.

The two girls added milk to a Nespresso frother and dropped chocolate bombs into the miniature glass teapots.

“We’re just going to pour the milk and have it spin, spin, spin,” North explained.

Unfortunately, the girls had made a mess of the dishes in the sink by the time they finished and drank from their glass mugs.