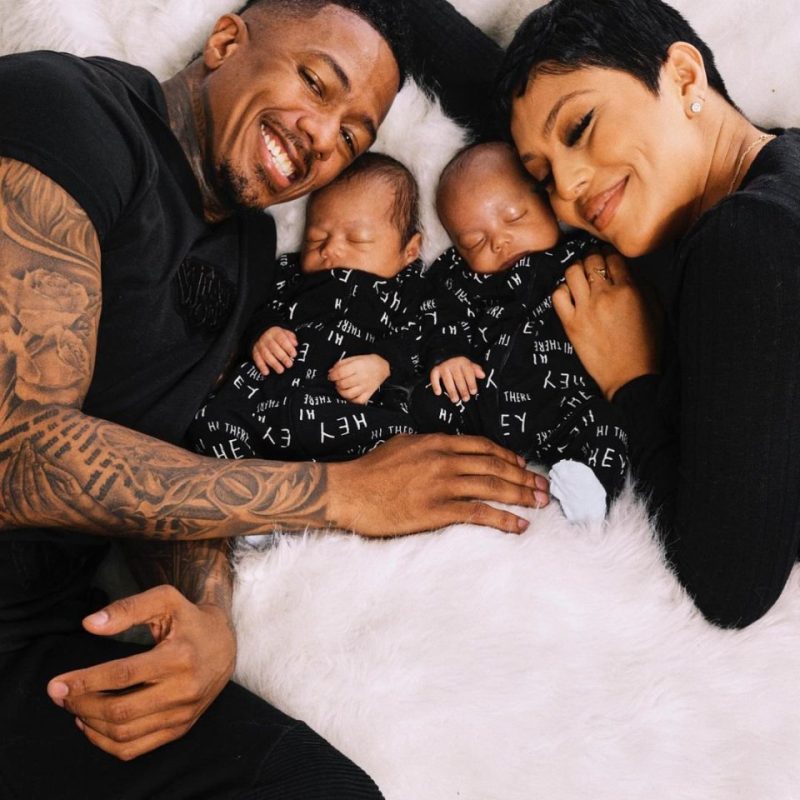 Nick Cannon, who welcomed his 10th child to the world in September, had his 11th child in November 2022.

On November 11, 2022, Nick announced the birth of his 11th child with the mother of his twins, Abby De La Rosa.

Previously on Thursday, November 3, Alyssa Scott announced on Instagram she was pregnant with Cannon’s 12th child.

She made the announcement on Instagram and uploaded photos with Cannon showing her stomach.

This will be Scott’s third child and her second with Cannon.

Cannon and Scott’s son Zen passed away in December 2021. He died from brain cancer.


When is Nick Cannon’s 11th baby due?


Everything to know about the celebrity has the most kids

Alongside a photo of him with Brittany, he wrote: “Another Blessing!!! As my journey on this planet becomes more and more remarkable and unfathomable, all I can do is thank God and continue to ask the Most High to order my steps.”

“Time Stopped and This Happened…” Cannon wrote in an Instagram video post, where he intimately hugged Bell in front of a dark blue backdrop.

Did Nick Cannon have another child with Abby De La Rosa?

Abby De La Rosa alluded to having another pair of twins with Cannon in June 2022 but did not confirm who the father is.

De La Rosa posted to her Instagram on June 4, 2022, confirming that she was pregnant.

She shared her most recent pregnancy on social media and although she did not reveal the name of the father, even though Cannon announced “the stork is on the way.”

When asked if he was welcoming three more children on the Lip Service podcast, Cannon said: “That would take all the fun out of it if I just gave you a number right now.”

Subsequently, on November 11, 2022, Nick announced the birth of his 11th child with the mother of his twins, Abby De La Rosa.

His Instagram post reads in part: “11/11/2022 A BEAUTIFUL DAY for “BEAUTIFUL ZEPPELIN CANNON” to arrive! Mommy @hiabbydelarosa you make it ALL look so easy and effortless but I am forever indebted to your tireless work of constant dedication, diligent effort and selfless love that you give to our children and myself.

Cannon did not release the news that he was having another child with Cole until after their baby was born.

The couple has named their newborn daughter Onyx Ice Cole and Cannon wrote a dedicated post on Instagram: “God has given me and @MissLanishaCole the privilege of hosting an Angel here on earth.

“I vow to protect, provide, guide, and love this child to the best of my abilities.”

He continued: “As we all know I am not easily triggered and have quite tough skin and have always been an open book but not everyone in my family has that same level of strength.

“So I pray and ask others to please project all criticism and cynicism towards ME and not the loving and precious Mothers of my children.”

What are Nick Cannon’s kids’ names?

As of the time of writing, Cannon has a total of 11 children.

His kids are the twins Moroccan and Monroe, 11, with his ex-wife Mariah Carey.

Golden, five, and Powerful Queen, one, with Brittany Bell.

He also has kids Zillion and Zion with De La Rose, and Zen with model Alyssa Scott.

His child with Brittany Bell, born on September 30, 2022, is Rise Messiah Cannon.

Cannon’s newest bundle of joy, brought into the world on November 11, 2022, was born Beautiful Zepplin Cannon.