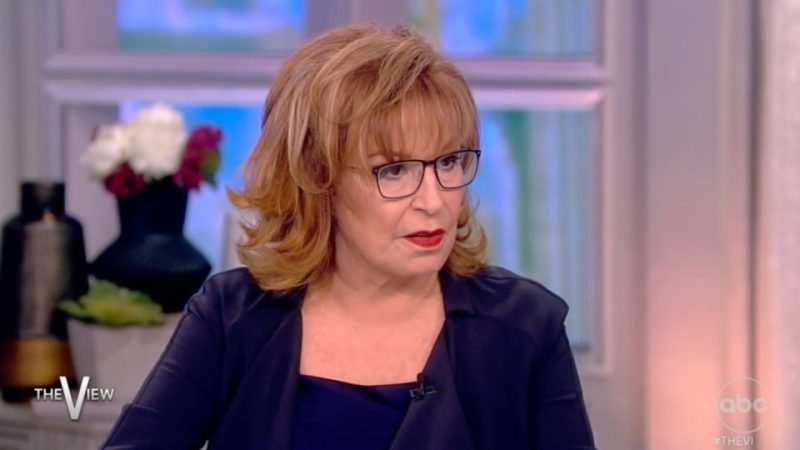 THE VIEW’s Joy Behar shouted “shut up” at her panelist Ana Navarro today in a shocking live on-air moment.

The veteran host was accused of being “grouchy” just one day after she yelled at moderator Whoopi Goldberg.

On Friday’s installment of The View, the live audience was shocked to see a side-by-side photo of Joy, 80, wearing the same suit on air yesterday as she did in 2004.

The comedian, who is the only remaining original panelist on the talk show, revealed that she actually has many clothes that she’s been wearing on The View for nearly two decades.

Alyssa Farrah Griffin, 33, asked: “Do you feel better about yourself today or 20 years ago?”

Sunny Hostin followed up: “Do you feel better? Do you feel the same?”

Ana Navarro then interrupted to say: “I’m not sure you’re grouchier, you were pretty grouchy to start with.”

But the OG co-host quickly clapped back: “Shut up.”

Joy continued: “I’ve always been a little grouchy, that’s my personality. I believe that negativity is funny, frankly. Positivity is not funny.”

The panelist’s remarks come just one day after she snapped at moderator Whoopi, 66, in a tense live on air moment, even though it was the Sister Act star’s birthday.

The other panelists were engaged in a heated debate about sex and marriage, meanwhile Whoopi seemed to have checked out of the conversation.

She was leaning with her head tilted sideways and a stern frown on her face.

The other hosts just laughed, and Alyssa told Joy: “You can’t do this to her on her birthday.”

Sara Haines agreed: “I feel like we’re punishing her on her birthday.”

Joy was also on the receiving end of criticism last month as her panelists slammed her poor hosting etiquette when she has friends over to her home.

Fans catch up with more from the women of The View as new episodes air at 11 a.m. EST on ABC.

GettyJoy is the only remaining original panelist on The View[/caption]

The View/ABCEarlier this week, she yelled at moderator Whoopi Goldberg, who was pulling a strange face[/caption]

PrevPreviousKim Kardashian’s baggy sweatpants struggle to stay on her thin frame as she wrestles with daughter North, 9, in new post
NextDylan Dreyer fans beg Today host ‘don’t apologize’ after she reveals hidden insight into her homelifeNext