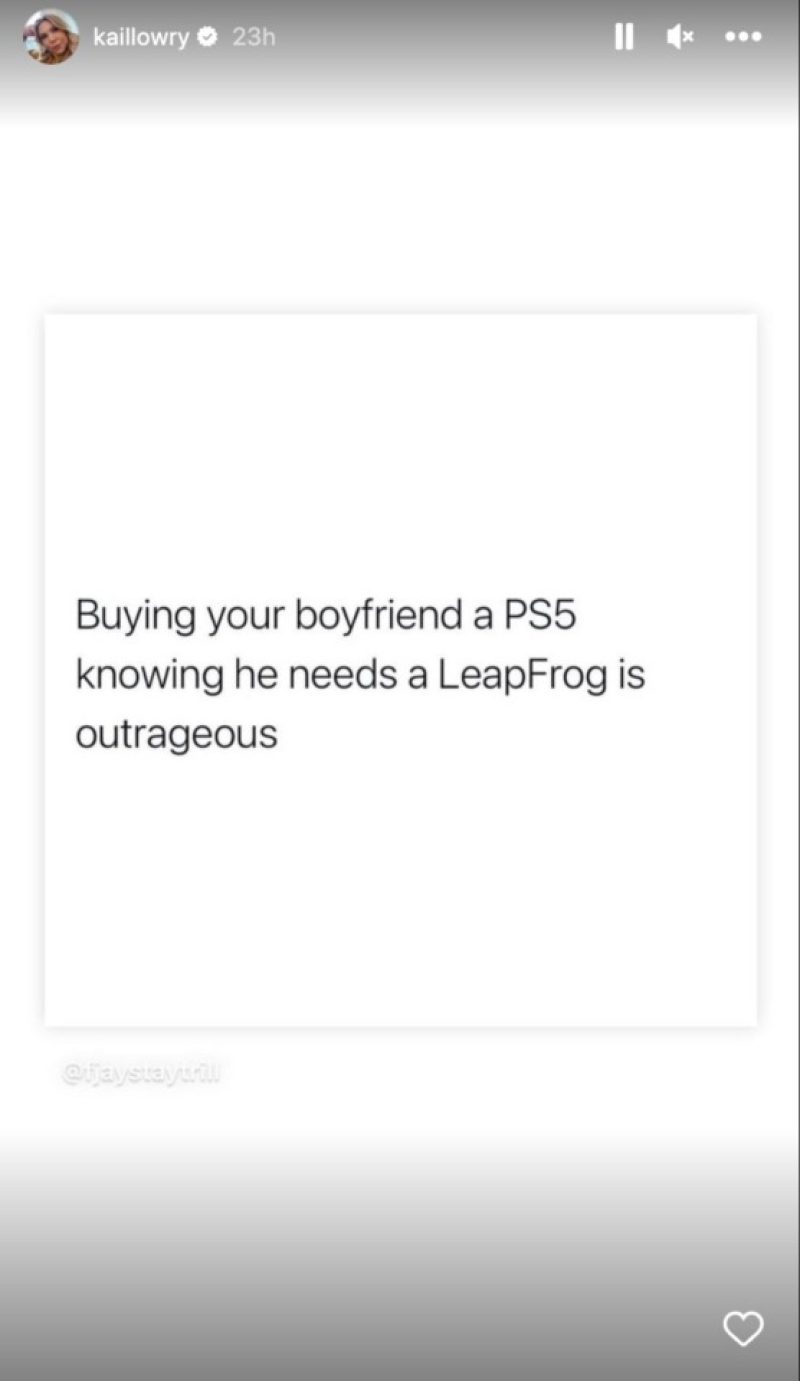 KAILYN Lowry has hinted at a split from her boyfriend Elijah Scott amid rumors she’s pregnant with his baby.

The Teen Mom 2 alum has dropped subtle clues in recent months that she could be welcoming her fifth child.

Now fans have speculated a potential breakup after Kailyn, 30, posted a shady message aimed at Elijah, 24.

The reality star took to her Instagram Stories on Friday to share a meme reading: “Buying your boyfriend a PS5 knowing he needs a LeapFrog is outrageous.”

Fans took to Reddit to speculate a split as they claimed the message was a poke toward Elijah’s intelligence.

“Is she calling her current d**k a moron?” a final wrote sarcastically.

Earlier this week, Kailyn complained that her lips are puffy in a new live video amid pregnancy speculation.

Going live on Instagram on Friday, 30-year-old Kailyn showed off her oversized pout and complained: “I’m so puffy right now.”

Kailyn’s fans from her Teen Mom appearances were quick to join the comments and speculate on her possible fifth pregnancy.

For months, social media sleuths have been obsessed with the idea that the mom of four could soon welcome another little one.

Kailyn’s beau, who is six years her junior, is her neighbor in Delaware.

Fans recently thought that they were able to spot a baby bump on the MTV alum.

“Looks like a bump to me,” wrote one as the pictures were shared on social media.

Others have claimed that Kailyn has had a seemingly larger nose recently, which they attributed to her being pregnant.

However, the MTV star has firmly denied the pregnancy rumors.

Kailyn shares her children Isaac, 12, with her ex Jo Rivera, Lincoln, eight, with her ex-husband Javi Marroquin, and Lux, five, and Creed, two, with her ex Chris Lopez.