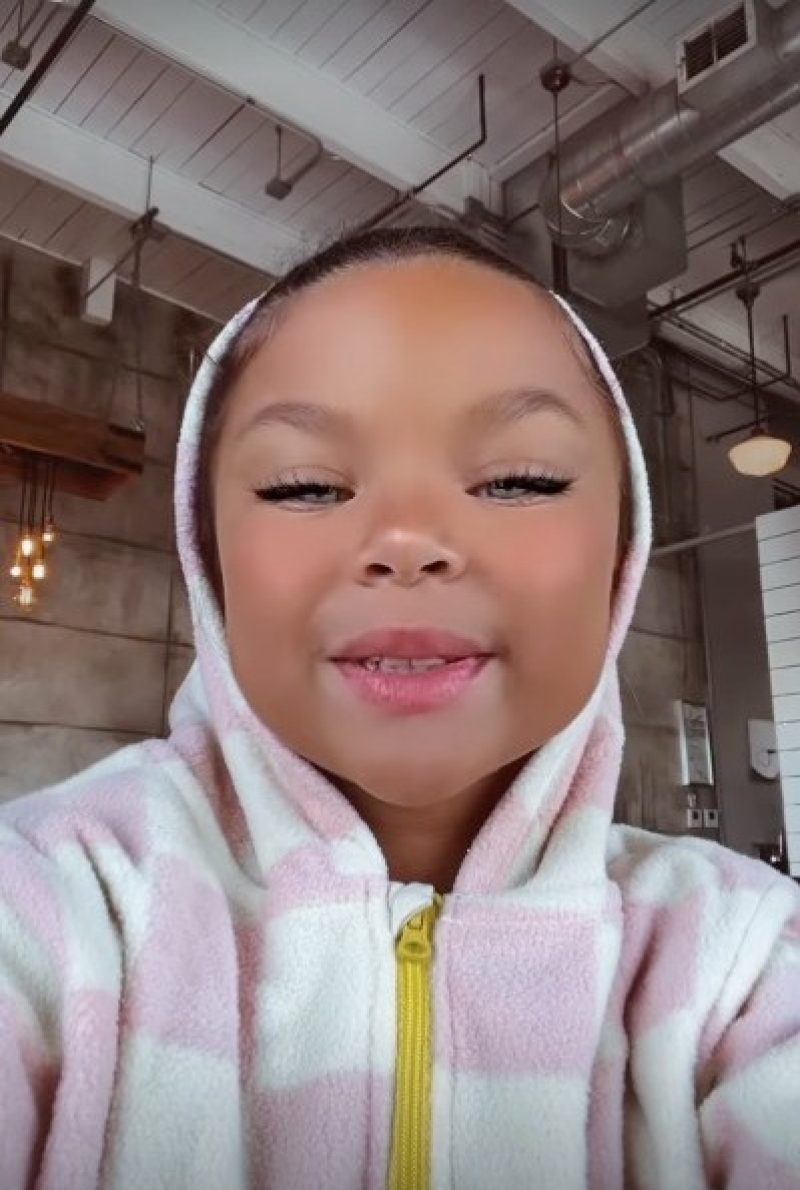 TEEN Mom star Cheyenne Floyd has been caught putting a filter on her daughter Ryder in an Instagram video amid parenting critiques.

The star was recently called out and her parenting was questioned by critics online.

The clip appeared to have been filmed by the tot and had a filter over it.

Because of the effect, Ryder appeared to have long, full eyelashes and makeup on her face.

The Teen Mom star’s daughter pulled faces as she recorded and shouted: “I’m so excited. I just got Boba.”

Cheyenne could be heard laughing in the background of the clip at her daughter’s antics.

Fans have bashed the MTV star in the past over some of her parenting decisions.

She has recently been ripped as “selfish” for her behavior around her daughter.

Cheyenne tends to ignore the backlash.

More often than not, fans are gushing over Cheyenne and Ryder’s relationship.

Recently, Cheyenne, her daughter, her husband Zach Davis, and their son Ace moved into a $2M home.

Not long after they moved in, the star shared a series of photos of herself and her daughter wearing matching outfits.

The first photo in the bunch showed Ryder, five, posing with a hand on her hip.

She was dressed in an all-black outfit and wore her brown hair in pigtails tied with bows.

A second snap showed her flashing the peace sign.

The little one then put her hand back on her hip for a third photo, looking up at the person behind the camera as she smiled.

Cheyenne then shared a photo of herself and her tot together, posing in front of a mirror with moving boxes behind them.

The Teen Mom OG star had a black scarf on her head and was wearing the same outfit as Ryder.

In another photo of the mother-daughter duo, both stuck up peace signs and pulled silly faces.

Fans couldn’t help but note the resemblance between them.

One commented: “She has her mama’s looks and her daddy’s personality.”

“Ry is literally her mama’s twin,” another fan wrote.

Someone else chimed in: “I love this! Ry is definitely your twin!”

Others suggested that Ryder also looks like her father, Cory Wharton, who is Cheyenne’s ex boyfriend.

The new photos come after Cheyenne made some dramatic changes to her own appearance.

A short time earlier, however, the TV personality was slammed after fans spotted a dangerous parenting decision on Teen Mom: The Next Chapter.

A fan screengrabbed a frame from the episode of the long-running series and posted it on Reddit.

The Redditor titled the post: “I’m sorry for another one of these posts but UGH…. It’s bad enough she’s in a booster let alone not even having the chest strap on.”

The screenshot shows Ryder, five, sitting in the backseat of, Cheyenne’s ex and her father, Cory Wharton’s car.

The five-year-old sits inside a child’s booster seat with her seatbelt strap tucked behind her back.

The comment thread quickly filled with worry for Ryder and complaints surrounding Cheyenne and Cory, 31.

One person wrote: “Please tell me they weren’t driving with her in the seat like that!”

“Yikes. If they get in a wreck with her strapped in like this, she’s going to get seriously hurt,” commented another.

A third fan added: “Ughhh I want to like Chey too.”

Instagram/cheynotshyCheyenne, her husband Zach Davis, and kids Ryder and Ace recently moved into a new home[/caption]

Instagram/cheynotshyThey’ve been documenting the move, which came amid legal issues and after their lavish wedding[/caption]