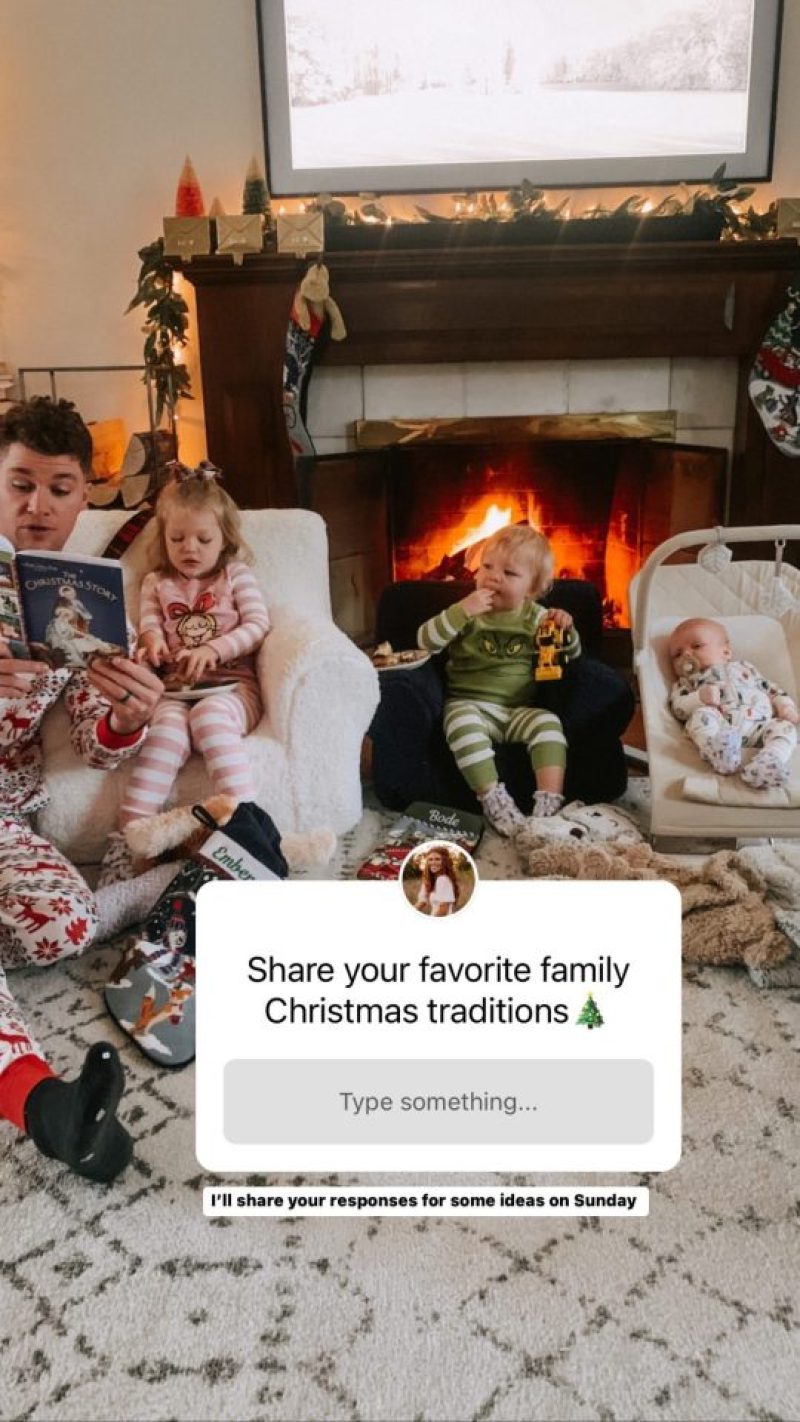 LITTLE People, Big World’s Audrey and Jeremy Roloff have been put on blast by fans for putting their young children in a dangerous situation.

In an Instagram Story, Audrey, 31, shared a sweet photo of her family gathered around the fireplace, however, she felt the heat- literally.

The LPBW alum asked her followers to share their “favorite family Christmas traditions.”

In the snap, Jeremy, 32, appeared to be reading off the pages of a Christmas book to his five-year-old daughter, Ember.

Next to them, his two-year-old boy Bode sat in his inflatable chair, which was placed at the center of the fireplace.

With the fireplace behind him, baby son Radley sat next to his older brother.

The group wore their Christmas pajamas for the sweet snapshot.

Not only was the Roloff clan mocked for “facing the fireplace in the opposite direction,” critics slammed the parents for putting their kids near burning wood.

“Bode is still the closest one to the fire!” one person raged.

Another added: “You guys think that fluffy chair is a fire waiting to happen?”

One user said : “Sitting the kids this close to the fire is dangerous.

“This picture is staged when they claim to live an intentional life, and because it is dangerous to sit the kids this close to the fire.”

“She’s trying to prove some point by putting her kids near open flames or what? Why!?! Stop,” a commentator chimed in.

This is not the first time the former TLC stars were slammed by their fans.

At the beginning of October, Audrey filmed the kids with their friends as they played with a sink full of dry ice.

The little ones stuck their hands in the sink and pushed the smoke around.

Fans, however, were divided when it came to the former reality stars putting the children near dry ice and smoke.

One follower defended Audrey and said: “The dry ice is at the bottom of that deep sink – they are skimming the fog out. It’s not a big deal.

“We have photos from my girl scout troop doing the same thing at a Halloween party.

“All the adults were close by and warned us of the consequences of touching dry ice.”

A critic commented: “For someone who doesn’t like Halloween (because it’s evil or whatever), she sure does a lot of Halloween-based activities and unnecessary s**t.”

Another quipped: “It’s ok, she probably put oils in it first and gave them a shot of Ningxia and beef liver after.”

Audrey is known for being all about essential oils and was even previously accused of “blasting” some in her baby son Radley’s face while baking.