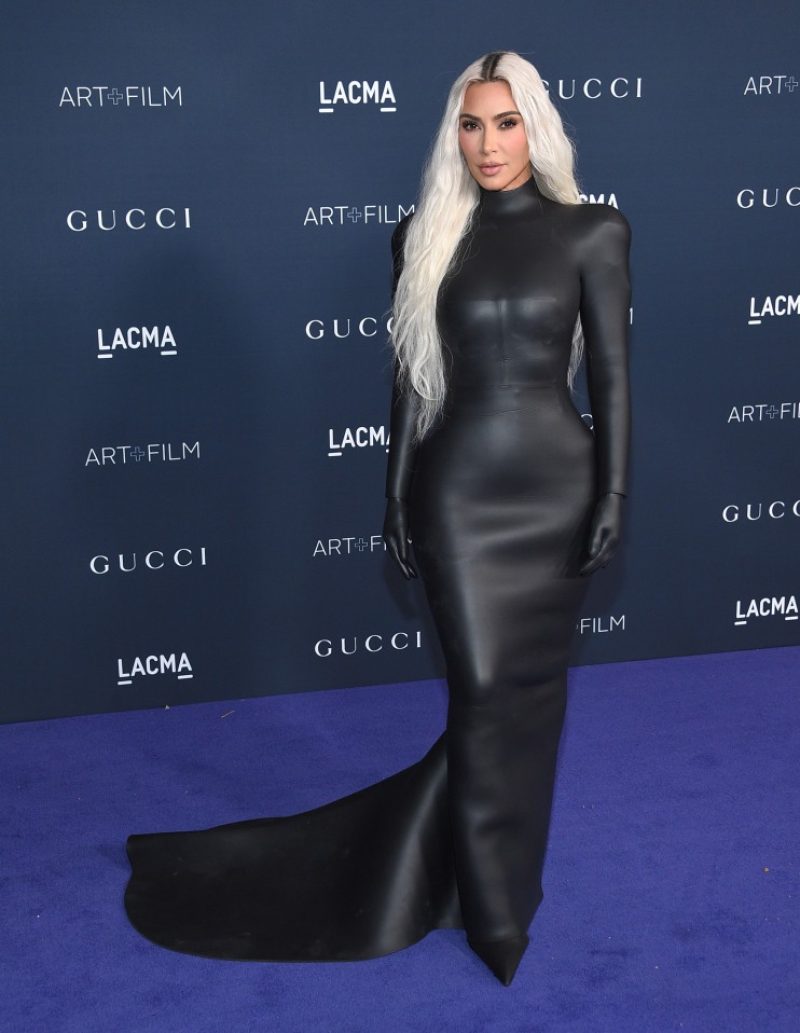 KIM Kardashian has covered her tiny frame in a leather gown following concerns over her weight loss.

The 42-year-old posted a slew of photos on Instagram of her rocking Balenciaga Couture at an event at the Los Angeles County Museum of Art.

In the pics, Kim posed on the dark blue carpet donning the skintight black ensemble and showing off her curvy figure.

The gown molded to the Hulu star’s hourglass shape body, covering every inch of her skin from her neck to her feet and included a long train.

She completed the look with a full face of makeup and her platinum blonde locks in loose waves.

Kim also had fun with a photo shoot in her resort, capturing the look while standing on the hotel’s balcony, laying in bed, and pulling a room service cart.

The photos come amid concerns over Kim’s drastic weight loss in recent months.

Earlier this year, the model admitted to losing 21 pounds – after adopting a healthier lifestyle.

Her weight loss journey began when she lost 16 pounds in three weeks to fit into the late Marilyn Monroe‘s historical gown for the Met Gala in May.

Kim then continued her efforts to drop even more weight and she’s not done just yet.

Last month, The U.S. Sun exclusively revealed that she wants to lose even more pounds to achieve her ideal frame.

A source said the TV star “loves how skinny she is” and plans to drop two more pounds to be under her goal weight.

The source added that Kim had sugar for the first time in weeks at her 42nd birthday party last month.

They then delved into the mom-of-four’s ultra-strict diet, revealing: “She’s surviving on chia seeds and raw vegetables to maintain the weight loss.

“I’m told she starts the day with collagen, then has breakfast every day of ‘chia pudding.’

“She calls it that but it’s basically just chia seeds mixed in with her nutritional powders and 1/2 liter of water – because it fills her up and has no calories.