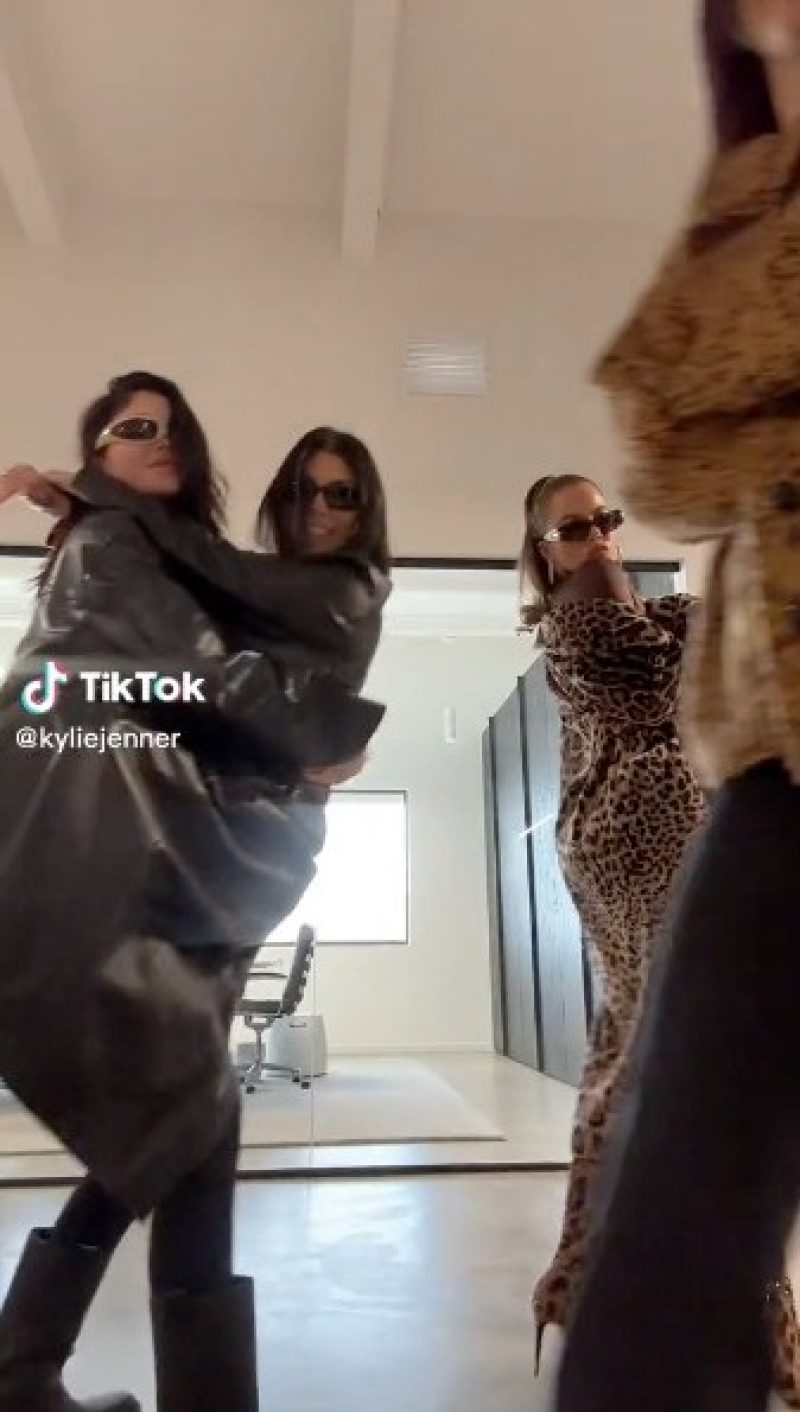 KYLIE Jenner has posted a new video that appears to distance one of the Kardashian sisters from the rest of the siblings.

In the TikTok video, Kylie, Khloe, Kourtney, and Kendall are all messing around and having fun.

The video is set to the TikTok sound of Kourtney saying: “I just don’t have the energy for this. I am unsubscribing from this drama.”

The four of them are in coordinating outfits consisting of various cheetah prints and black leather.

They’re all wearing jackets and sunglasses, and they look like they’re ready to hit the town.

The only one thing missing was their other sister, Kim, who was clearly absent from this video.

Kim’s absence is extremely suspicious, and it fuels the rumors that the Kardashians are dealing with an in-family feud.

The sisters can’t hide the divide between Kim and the rest of the family, especially since fans on TikTok noticed her absence.

A fan commented: “And then there’s Kim at home making TikToks with North.”

One fan thought Kim might be late: “Is Kim late AGAIN!?”

So many fans commented and asked why Kim wasn’t in the video, but they all went unanswered.

Kim is allegedly in a feud with at least two of her sisters, Khloe and Kourtney, for various reasons.

Kim, according to a close family friend, abandoned Khloe while they were in Miami together for a girl’s trip.

In Khloe’s comment section, Steph, the family friend, wrote: “Oh, I love you walking the wrong way in Miami… Kim just leaving us in the dust.”

The feud between Kourtney and Kim made a public appearance on that same Miami trip because Kourtney wasn’t even invited.

Kim told Kourtney: “I should have invited you but I didn’t think you’d want to come.”

While Kourtney admitted she probably wouldn’t have gone on the trip, she said she would have liked to be invited.

GettyKim wasn’t with the rest of her sisters, and fans want to know why[/caption]

TikTok/ Kylie JennerKim’s big feuds are between her, Kourtney, and Khloe[/caption]

PrevPreviousTeen Mom Cheyenne Floyd caught putting filter on daughter Ryder, 5, in new video after being slammed for bad parenting
NextKardashian fans concerned for Kim after they spot ‘disturbing’ detail on her face in unedited TikTok with daughter NorthNext