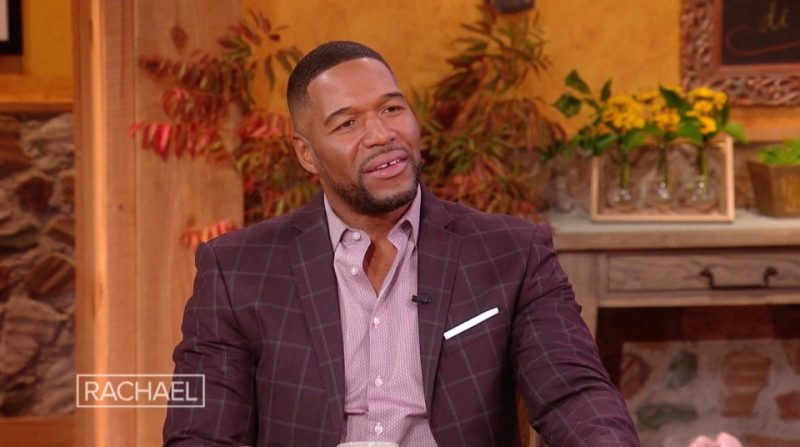 GOOD Morning America host Michael Strahan has shared a post on Instagram in honor of his father following an interview in which he opened up about his childhood.

Michael Strahan’s Instagram post featured a vintage-looking photo of his dad in a military uniform in front of a Christmas tree.

“My dad served for 23 years in the army and was a proud member of the 82nd Airborne Division,” he added in the caption.

He noted that he doesn’t only honor his father and others who fight for America on Veterans day.

“On #VeteransDay and every day, I honor my father and all veterans and active service men and women who risked their lives to protect us,” he said.

Fans of his wasted no time noting the former pro football player’s resemblance to his dad.

Someone said: “I see where your good looks come from!”

“Thank you Maj. Strahan for your service! & your son, Michael,” they added.

They went on to say: ” I always saw your momma!”

A person added: “You sure do resemble your dad.”

He recently opened up about being a military brat with Rachael Ray in an interview.

“I remember being like seven or eight years old running with the platoon,” he said.

He said that the discipline surrounding that environment was “awesome.”

“You see mothers with strollers, people walking their dogs. One thing I love about the neighbourhood, when you go into places, it’s not like, ‘Michael!’ I’m another person who’s just there.”

After the 50-year-old star filmed “terrifying” scenes with polar bears in Canada earlier this week, he worried Friday when he still hadn’t returned to the main desk.

One wrote on an online thread, “Why is Michael never on anymore?” while another added: “I hope he’s okay.”

He got up close and personal with some polar bears in Canada Wednesday on an expedition to see them for a segment on how their homes were under threat from the climate crisis.

“Terrifying he will do anything just for the money shot,” a fan commented on a clip of Strahan on a boat wearing a black beanie and goggles as he rode closer to the dangerous and large animals.