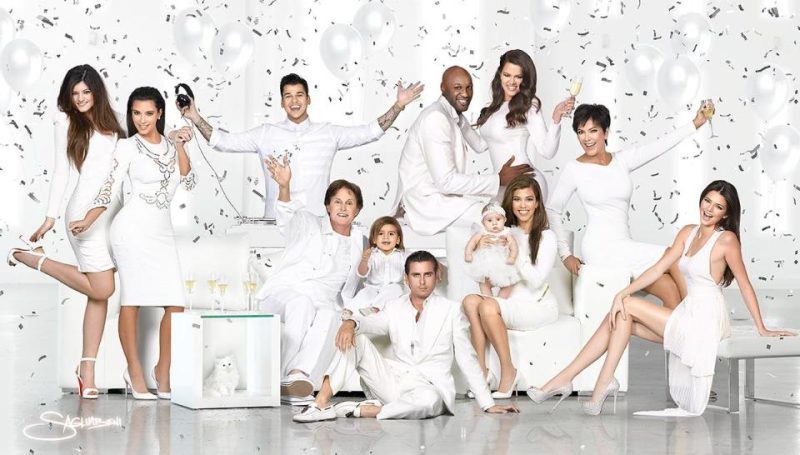 THE Kardashian and Jenner families have been popping up with new businesses for years, many of which failed and were forgotten.

Before Kim, 42, had Skims and Kylie, 26, had Kylie Cosmetics, they and their famous siblings ventured into various avenues in business.

InstagramThe Kardashian family has had many businesses through the years[/caption]

The show came to an end in 2021, but the family remains a fixture in the pop-culture sphere.

In addition to continuing to appear on television by way of their new series – The Kardashians on Hulu – they’re also business moguls.

Their various ventures haven’t always been wildly successful, however.

When KUWTK launched, the famous family was starring on the show while siblings Kim, Khloe, and Kourtney managed their boutique, DASH.

One store grew into three, but the success didn’t last.

That and many other Kardashian-Jenner businesses have gone under.

Here’s a look back at some of their failed products and companies.

GettyThe Kardashian Kard, a pre-paid credit card from the siblings, was widely criticized[/caption]

The Kardashian sisters teamed up to launch a product called Kardashian Kard – a prepaid MasterCard targeted toward teens.

They unveiled the business in 2010 and almost immediately faced backlash.

The card offered youngsters easy access to money in pre-determined quantities but came with hidden fees that shocked critics and would-be users.

The card cost between $60 and $100 just to activate, according to Business Insider, which called the figure “unprecedented” and the product “perhaps the worst credit card ever.”

The monthly fee was another $8, and replacing a card cost $25 expedited.

The sisters were SUED by their partner company Mobile Resource Card for $75 million with mom Kris Jenner, 66, named in the “alleged breach of contract” but the case was dismissed, per The Hollywood Reporter.

The bank ended up reimbursing customers, the Kardashians lost money and the card was terminated after one month, per CNN.

The Kardashians teamed up with Sears to launch a clothing line called Kardashian Kollection, exclusively sold at the store.

Initial forecasts suggested the brand would generate $200 to $300M a year, per Fortune, with the items soon sold at 400 stores.

Unfortunately for the famous family, that same year, the family was slammed for allegedly manufacturing some of their products in foreign sweatshops, where the workers were allegedly mistreated.

“The Kardashians are in bed with some pretty bad people,” Charles Kernaghan, the executive director of the Institute for Global Labour and Human Rights, said at the time, per RadarOnline.

Li Qiang, the executive director of China Labor Watch, spoke to Radar about the alleged “human rights abuses” taking place: “People like the Kardashians are producing their products in China … since the labor cost is so low compared to the United States and other countries,” he said.

Per Radar, the workers allegedly lived in “squalid factory-run dormitories filled with the stench of sewage while toiling up to 84 hours during seven-day weeks.”

The collection was pulled in 2015, according to Fortune, though not before people had a chance to rip the items in reviews.

A fashion reporter for the Wall Street Journal said of a leopard V-neck dress included in the range: “The print looked rubber-stamped on, and the fabric was full of static. It had the quality of a cheap Halloween costume.”

In 2012, The Kardashian sisters launched Khroma Beauty in the hopes of it taking off.

The brand seemed doomed from the start, however.

In 2014, a company called Kroma EU sued them, alleging that they infringed on their rights, according to The Hollywood Reporter.

That lawsuit was dismissed in August 2017 by a federal judge in Florida.

The judge found that Kroma EU lacked standing to enforce the Kroma trademark because a company called By Lee Tillett owns the mark.

The right to Kroma EU was licensed in Europe, but retained in the United States.

The Kardashians previously faced off with Tillett over the line with Boldface Licensing and Branding, but that dispute was settled and the makeup was rebranded as Kardashian Beauty.

Kardashian Beauty was created to pick up where Khroma Beauty failed.

While it wasn’t entirely unpopular, it didn’t gain quite the traction the famous family had hoped.

An insider told Cheat Sheet: “It was like an accessible drugstore brand. Serious beauty buffs weren’t interested in the line.

“Even though some of the products had cult-like followings, Kardashian Beauty didn’t have the industry respect that Kylie Cosmetics and KKW have now.”

The nail polish range featured several colors with cutesy names linked to the family, like “Kourt is Red-Y for a Pedi” and “Listen to Your Momager!”

Unfortunately, the range didn’t take off quite how they hoped it would.

GettyKim dabbled in fragrance for the first time with Glam[/caption]

Kim’s first foray into the fragrance space came with the launch of a scent called Glam.

The fragrance, according to CapitalFM, was described as “a captivating fragrance that inspires confidence, strength and of course glamour.”

The fragrance was short-lived, but Kim did attempt to strike it big with other scents in the years to come.

GettyKendall and Kylie Jenner tried their hand at becoming authors[/caption]

Kendall and Kylie have become moguls in their own right but before they had any success in their respective ventures they had a few flops.

The pair gave literature a go, releasing a dystopian young adult novel called Rebels: City of Indra The Story of Lex and Livia.

Kendall and Kylie did not win any literary prizes for their pursuit and did not go on to release other books.

While Kendall + Kylie’s brand is still up and running, it’s not been without issues.

The brand was accused of failing to pay workers in Bangladesh due to the coronavirus pandemic – claims the company hit back at.

The drama began with an article published in Remake which reported that the company, Global Brands Group (GBG) “refused to pay its garment suppliers for orders produced in February and March following a drop in sales caused by the coronavirus pandemic.”

The brand hit back on social media, saying the claims were “untrue,” and adding that it isn’t owned by GBG.

“We would like to address the unfortunate and incorrect rumor that Global Brands Group owns the Kendall + Kylie brand and that we have neglected to pay factory workers in Bangladesh as a result of the COVID-19 pandemic,” the statement read.

“This is untrue. The Kendall + Kylie brand is owned by 3072541 Canada Inc., not GBG. The brand has worked with CAA-GBG in the past in a sales and business development capacity only, but we do not currently have any relationship at all with GBG.”

The trouble doesn’t stop there for the brand, however.

In 2017, Kendall and Kylie released a limited-edition, 15-piece collection of vintage-inspired tees through the line.

The tops retailed for $125 each, which was just one of many issues fans had with the range.

The collection featured a number of famous images of late rappers like Tupac Shakur and Notorious B.I.G. with Kendall + Kylie logos and photos of their faces superimposed on top.

“So who’s gonna start flaming Kendall and Kylie for putting their trash initials over Tupac’s face?”, wrote one Twitter user.

Their line of Rap Vs. Rock tees (bands like The Doors also made it to print) was even slammed by Biggie’s mother.

“I am not sure who told @kyliejenner and @kendalljenner that they had the right to do this,” the late rapper’s mother captioned a photo on Instagram, adding,

“The disrespect of these girls to not even reach out to me or anyone connected to the estate baffles me.

I have no idea why they feel they can exploit the deaths of 2pac and my Son Christopher to sell a t-shirt. This is disrespectful, disgusting, and exploitation at its worst!!!”

GettyRob Kardashian has also tried his hand at business, running a sock line[/caption]

The ladies in the family aren’t the only moguls.

The brand struggled tremendously and remained pretty obscure to shoppers despite the family’s fame.

Cosmopolitan reported that the brand came into even more issues in 2018 amid Rob’s legal battle with ex Blac Chyna.

The outlet reported that he was apparently $300K in debt and was forced to sell half of the company to keep it afloat.

They claim Kris “infused it with capital…and from her infusion gained a 50% share in the company.”

The brand featured a variety of lotions in varying darkness.

Bottles of the product are still sold on second-hand sites like Amazon and eBay, but the famous family does not sell them themselves.

E!The famous family tends to move on quickly from their business flops[/caption]