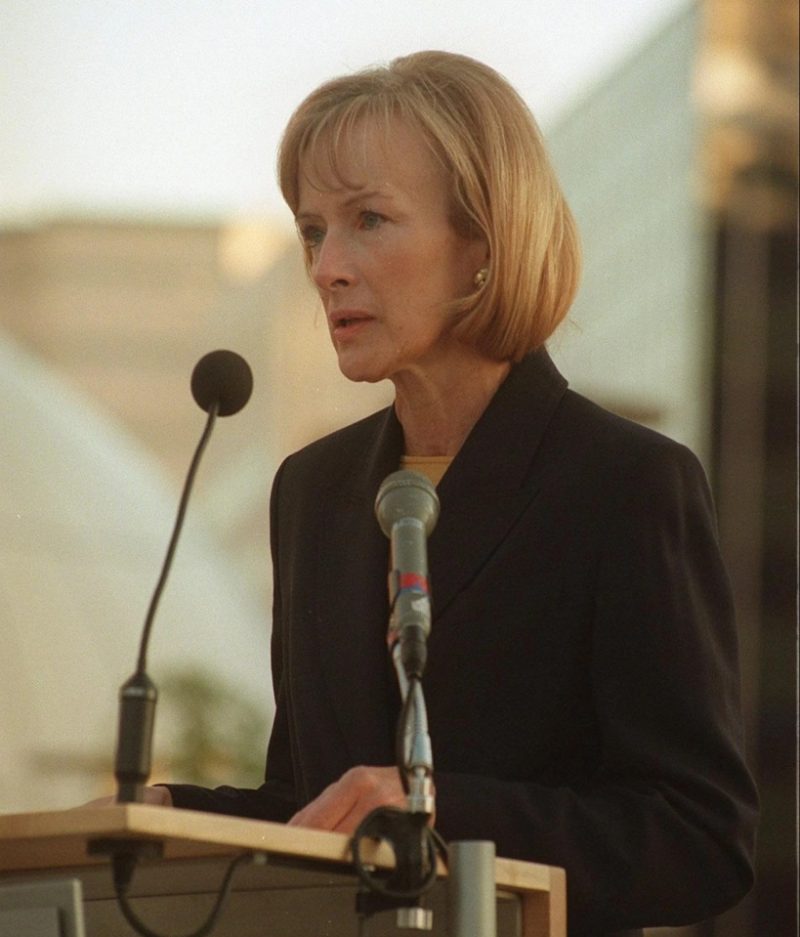 LEGENDARY journalist, Judy Woodruff, is known for her distinguished five-decade career in broadcasting.

On November 11, 2022, it was announced that the 75-year-old would be stepping down from her position as PBS NewsHour anchor this coming December.

Judy Woodruff will be stepping aside from the PBS NewsHour anchor desk on Friday, December 30, according to PBS.

She is set to embark on “a two year project to understand better how the American people see their country and whether today’s deep political divisions can be healed,” the network wrote in a statement.

“Woodruff will devote 2023 and 2024 to this national reporting project, Judy Woodruff Presents: America at a Crossroads.”

Woodruff told the network she was “loved anchoring” PBS NewsHour with her fellow colleagues an that her time on the show was “the honor of a lifetime.”

Veteran PBS anchorman Jim Lehrer, who was on TV for 36 years, dead at 85

As for her latest project: “I am thrilled to be embarking on this new project to try to understand the most divided time in American politics since I started reporting,” she said in a statement.

“I want to listen to the American people themselves, in cities, small towns and rural areas, from one end of the country to the other, to ask them about their hopes and fears, how they see their role as citizens, and to have long conversations with people who’ve given these questions careful thought.”

Woodruff’s successor is expected to be named in late 2022.

Who is Judy Woodruff?

Judy Carline Woodruff was born in Tulsa, Oklahoma, on November 20, 1946.

The 75-year-old is an American broadcast journalist who has worked in network, cable, and public television news since graduating from Duke University in 1968.

Before her big break at PBS NewsHour, Woodruff worked for ABC and CBS affiliates in Georgia.

In 1975 she joined NBC News, where she has covered every presidential election and convention since 1976.

From 1977 to 1982 Woodruff was the chief White House correspondent for NBC News and even covered Washington for NBC’s The Today Show.

In 1983, she moved to PBS and worked as the chief Washington correspondent for The MacNeil/Lehrer NewsHour for ten years while also hosting Frontline With Judy Woodruff from 1984 to 1990.

In 1993, Woodruff joined CNN where she hosted Inside Politics for 12 years.

In 2007, she returned to The NewsHour with Jim Lehrer as a special correspondent which, two years later, became known as PBS NewsHour.

What is Judy Woodruff’s net worth?

Woodruff’s net worth is estimated to be $8million, according to Celebrity Net Worth.

She has reached numerous accolades including a Peabody Award in 2021 for Journalist Integrity.

In 2022, she was honored with Emmy Lifetime Achievement Award.

“In a moment when we are swimming in a sea of opinion, and thank God we can express opinion freely in this country, when our resources are stretched, and when there is a raging debate over what’s true and what isn’t, we in journalism have to continue to do the hard work every day of reporting, double-checking, vetting, and confirming,” she said in her speech.

“We must get up every morning, put on our boots or our high heels and resume the search for facts. It’s not glamorous. It won’t win us friends. But that’s what our job is.

“And we cannot flag or grow weary. The American people are counting on us. Our democracy depends on us. There is a lot of work to do,” she concluded before thanking the Acadamy.