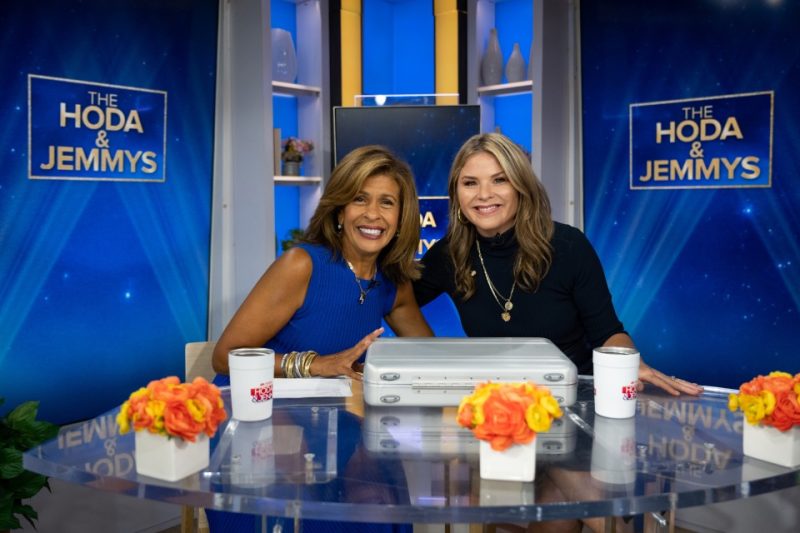 TODAY host Jenna Bush Hager has been replaced by a fan favorite after the NBC show made a major annoouncement.

Hoda, 58, began the broadcast and said: “Hey everybody it’s Thursday on November 10th, Jenna’s off!”

Willie, 47, replied: “Just ripped off my tie, because this is loose me!”

Hoda then asked him: “Do you like being the loose you? Is that so much more of you?”

“Erm, probably!” he responded before adding: “The no tie, jeans, sneakers, I think that’s probably…”

Dad-of-two Willie is co-anchor of MSNBC’s Morning Joe and anchor of Sunday Today with Willie Geist.

But he frequently serves as a fill-in anchor on both the weekday edition and the Saturday edition of Today.

Referring to partying, Hoda said: “You and Jenna are similar in that way, you both have the two sides.”

“We get ‘turnt’ is the word I think!” Willie replied as Hoda revealed their first guest of the day would be Michelle Obama.

At the start of The Today Show‘s fourth hour on Monday, the ladies revealed that they would be welcoming back a studio audience.

“This is not any Monday, Jenna,” Hoda teased to her co-host.

“No, it is not just your typical Monday because we have a big announcement,” Jenna continued.

The ladies glared at the camera before gushing over the highly-anticipated news.

“First of all, we’ve been teasing it, and we’re very excited because this means a lot to Jenna and myself, and our show, and to you too!” Hoda said, pointing at the lens.

The co-hosts then geared up for the announcement by encouraging flashing lights and drumroll sounds from the crew.

In unison, Hoda and Jenna shared the news.

“So guess what? Come hang with us because we have some great guests,” she teased.