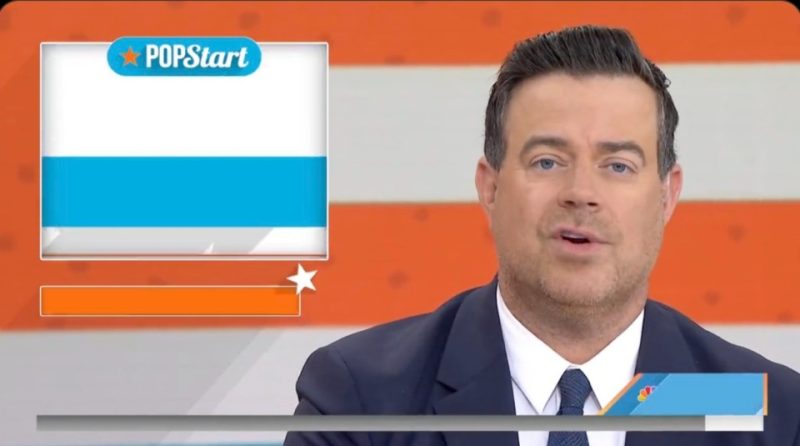 TODAY host Carson Daly has taken the day off from the morning show on Friday.

The 49-year-old has been replaced by a fan-favorite female host just one day after he was snubbed by his colleagues on live TV.

With Carson out from the show, Today host Sheinelle Jones, 44, filled in for some of his responsibilities.

While the Voice host usually handles the pop culture segment, Pop Start, his replacement took over the gig on Friday.

Sheinelle sat next to Hoda Kotb, Savannah Guthrie, and Dylan Dreyer on the show’s comfy sofa for the fun moment.

After returning from a commercial break, Savannah told viewers: “Welcome back, time for Pop Start. Sheinelle covering for Carson!”

Read More on The Today Show

The 44-year-old took fans through a few different topics, including the 2022 National Toy Hall of Fame finalists, a Seth Meyers clip, and Daniel Radcliffe’s new movie.

Carson’s absence on Friday came after he was snubbed during a group cooking segment on the show on Thursday.

Host Craig Melvin introduced food and fitness author Kevin Curry and revealed that he would be demonstrating how to turn a rotisserie chicken into three meals.

At the beginning of the segment, Kevin was heard saying to Carson: “I’ll get you a plate,” as he winked at him.

Craig then repeated: “We’re gonna get Carson Daly a plate here in a second,” as his co-host Hoda chimed in and said, “Don’t worry, we’ll share!”

When the camera panned out, 49-year-old Carson appeared to be sitting in the corner against the wall on the other side of the cooking table.

Meanwhile, Hoda and her co-host Savannah sat at the other end of the table together and appeared to be much more involved in the segment as they enjoyed plates of Kevin’s delicious-looking food.

Carson wasn’t the only Today show host absent on Friday.

Al Roker and Craig were also missing from the broadcast.

While Sheinelle filled in for Carson when it came to the pop culture segment, she also replaced Craig at his usual spot at the hosting desk alongside Hoda and Savannah.

Meanwhile, meteorologist Dylan did all of the weather reports on Friday instead of any with Al.

Al has not been on the show for the whole week and none of the co-hosts have given a reason as to why he is out.

Fans have begun to show concern for Al as no answer has been provided on his whereabouts.

Asked another: “Hey @TheTodayShow, where is the #68th Sexiest Man In The World @alroker?”

The host was recently featured in the newest issue of PEOPLE’s Sexiest Man Alive.

On Tuesday, the Today show hosts discussed Chris Evans being awarded the main honor, as well as the fact that Al, 68, was listed in the Sexy in Every Age category.

Host Carson said on the show: “We know somebody else who’s donning a sexy crown this morning. Our own Uncle Al is listed on the Sexy in Every Age category.

“He won in the 68-year-old category, so congratulations.”