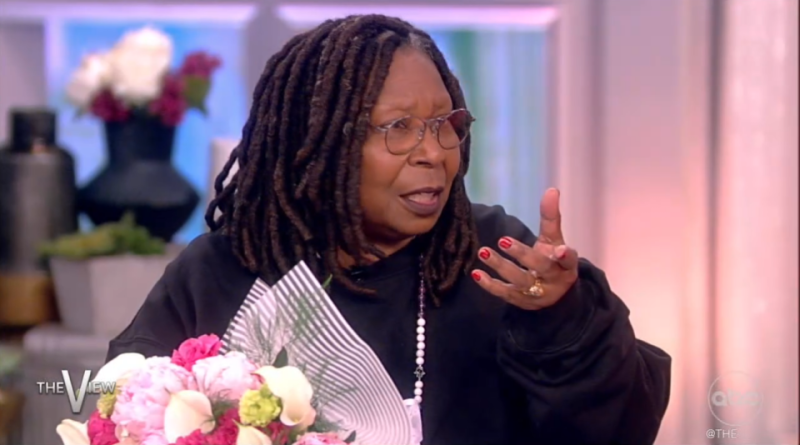 WHOOPI Goldberg has shut down Alyssa Farah Griffin after her co-host accidentally insulted her.

During Thursday’s episode of The View, the panel was joined by Devil Wears Prada actress Emily Blunt.

She then asked: “Could you ever do a reboot of it? Kind of made in modern times?”

Whoopi, 67, burst out laughing, before saying sarcastically: “How old is it that we have to make it ‘modern times’?”

The comedian continued to cackle as Emily said, “I know!”

The actress added, “At first I was like…” and widened her eyes in mock shock as if Alyssa were accusing her and Whoopi of being older than the rest of them.

Alyssa looked flustered before continuing on with her question about a potential reboot.

She said: “Anne’s [Hathaway, Emily’s co-star) take was, ‘the media landscape has changed so much she doesn’t know if it will translate…

“Would you ever bring [the movie] back?”

Viewers at home were equally as taken aback by Alyssa’s wording, with one tweeting: “Alyssa saying a reboot of The Devil Wears Prada in MODERN TIMES. I’m crying!”

This isn’t the first time Whoopi – who released a new book this week – has been embroiled in a tense exchange on the chat show.

Earlier this week, she rolled her eyes at Alyssa after her co-host mentioned Bachelor In Paradise during a strained debate.

The group was talking about dating and the best way is to reject someone.

Whoopi went on a long, passionate speech about why simply saying “no” to an admirer should be enough.

Whoopi cut in to declare: “Tough!”

Alyssa then said: “It reminds me of an ABC micro drama from Bachelor In Paradise-“

Whoopi interrupted, groaning, “Ugh,” and rolling her eyes, before smiling at the rest of the panel.

The moderator has had several blunt interactions with newcomer Alyssa.

Last month, she left Alyssa speechless when she warned her not to talk about her cheating ex-boyfriend.

During the episode, Alyssa revealed her ex was unfaithful to “several women” and even brought one of the women on vacation with them.

Alyssa- who is now married to Justin Griffin– added: “And kept emailing me from Hawaii to say that he wanted to reconcile with me.”

Whoopi pointed a stern finger at Alyssa and cut in: ” I’m just going to remind you about your business.”

Whoopi went on: “Telling your business on him because it can open up a can of worms.”

ABCEmily and Whoopi insinuated that this meant they were old[/caption]