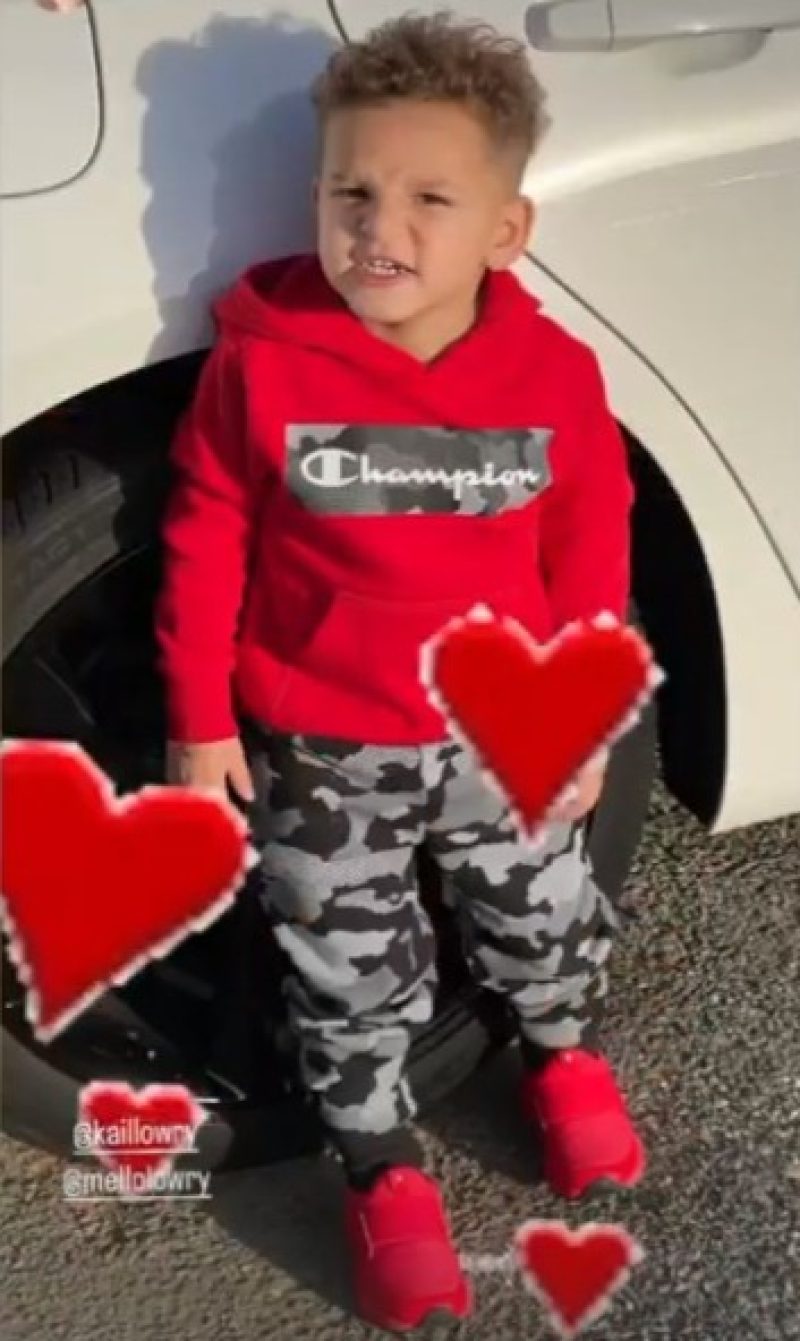 TEEN Mom star Kailyn Lowry has shared a photo to her social media of her youngest son looking so grown up.

The photo comes as rumors run rampant that the reality star may be expecting her fifth baby.

The youngest son of the former Teen Mom star, Creed, two, looks adorable as he poses for the camera.

The toddler leans up against a white car showing off his giant smile.

Kailyn posted the photo with floating red heart emojis moving through it.

GROWING UP SO FAST

The photo comes as fans have become convinced that Kailyn is expecting her fifth child.

The reality star was recently pictured leaving a Wawa gas station with her son Lux, five.

The TV personality rubbed what appeared to be a growing baby bump as she ran into the store for a few items.

Fans believe the images were the final proof necessary to confirm that the MTV star will soon welcome her fifth child.

“Kailyn spotted out! Looks like a bump to me,” one wrote on Reddit alongside screenshots of the pictures.

A third remarked: “She’s definitely pregnant anyone trying to pretend like she isn’t is just fooling themselves.”

“She literally is ready to pop, she said a few weeks ago she was getting her tubes tied ‘next month’ and likely very deliberately left out that it’s because that’s when she’s due to give birth,” a fourth noted.

“She’s trying to be like a Kardasian and keeping her pregnancy to herself. She’s a clown,” a fifth trolled.

“She has that pregnancy face she had with all her kids!” a final claimed.

But Kailyn has denied pregnancy rumors in recent months, as fans have speculated the podcast host is expecting a child with her new boyfriend Elijah Scott.

In the pictures, Kailyn wore a baggy graphic tee shirt with black leggings, as she covered her stomach with the oversized top.

In September, The U.S. Sun obtained more unedited images of the star with an apparent bump leaving the same Wawa convenience store in Delaware.

Since then, Kailyn has shared a series of “clues” – at least according to fans – that she’s pregnant.

The former MTV star denied being pregnant and tried to put rumors to bed when she recently went live on Instagram to chat with fans and answer questions.

She was asked about her alleged pregnancy, as well as names she had picked out for a girl and whether she would ever try to have a daughter.