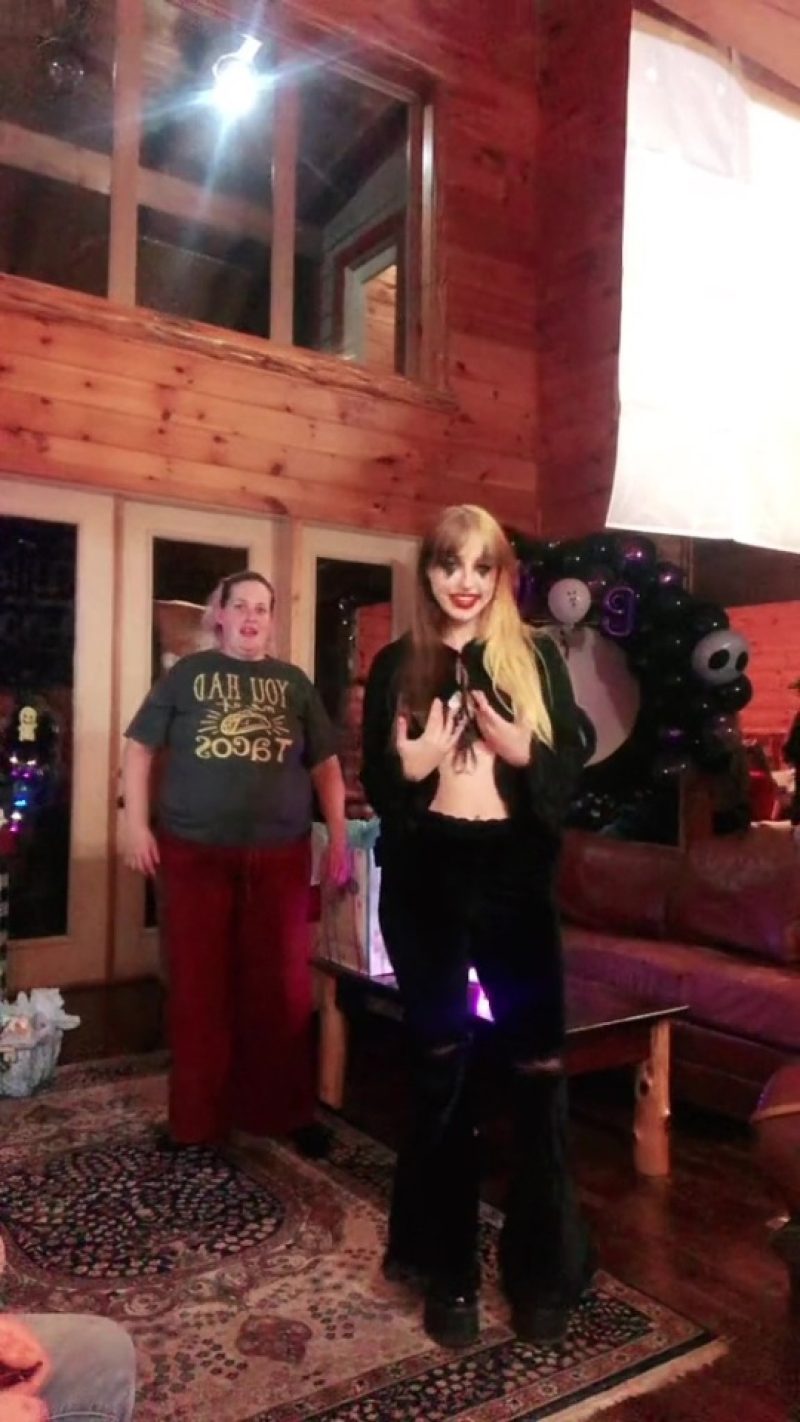 TEEN Mom Rachel Beaver has posted a new video that gave her fans flashbacks of when their parents were cringy.

Her mother Stephanie was also in the video dancing behind her daughter in a t-shirt and sweatpants.

Since Stephanie was in her daughter’s video, most viewers probably anticipated a low-key PG dance move, but that is not what they got.

Instead, Stephanie starts dancing by grabbing her boobs and then sticking her tongue out while she made crazy faces.

Toward the end of the video, she thrusts her hips and moves them in a circular motion.

While her mother is making the video a giant joke, Rachel continued dancing and still tried to be cute.

Users on Reddit usually don’t bat an eye at cringeworthy content, but this video garnered a lot of attention.

A mother commented: “…and to think that my kids think I am embarrassing – yikes!!! How does that grandma engage in such nonsense???”

Someone said: “My husband and I noticed her videos with her mom being silly get like double and triple the amount of likes too.”

Another person said: “She’s going to be so embarrassed by these in the future. I’m glad this s**t didn’t exist when I was younger.”

A different user wrote: “I think everyone one of these TikToks would be top posts on TikTok cringe.”

While some people were surprised to see Stephanie in the video, no one was surprised that Rachel uploaded another dancing video.

When she was 19, fans called her out for wearing an overly sexy outfit while on a vacation with her toddler.

Critics called the outfit trashy and embarrassing, but it didn’t seem to phase the Teen Mom.

She continued to wear scandalous outfits on social media and around her child, like a tiny pink bikini.

Especially on Halloween when she almost suffered a NSFW wardrobe malfunction in her costume.

InstagramSome fans loved Stephanie in the video, others thought Rachel would be embarrassed[/caption]