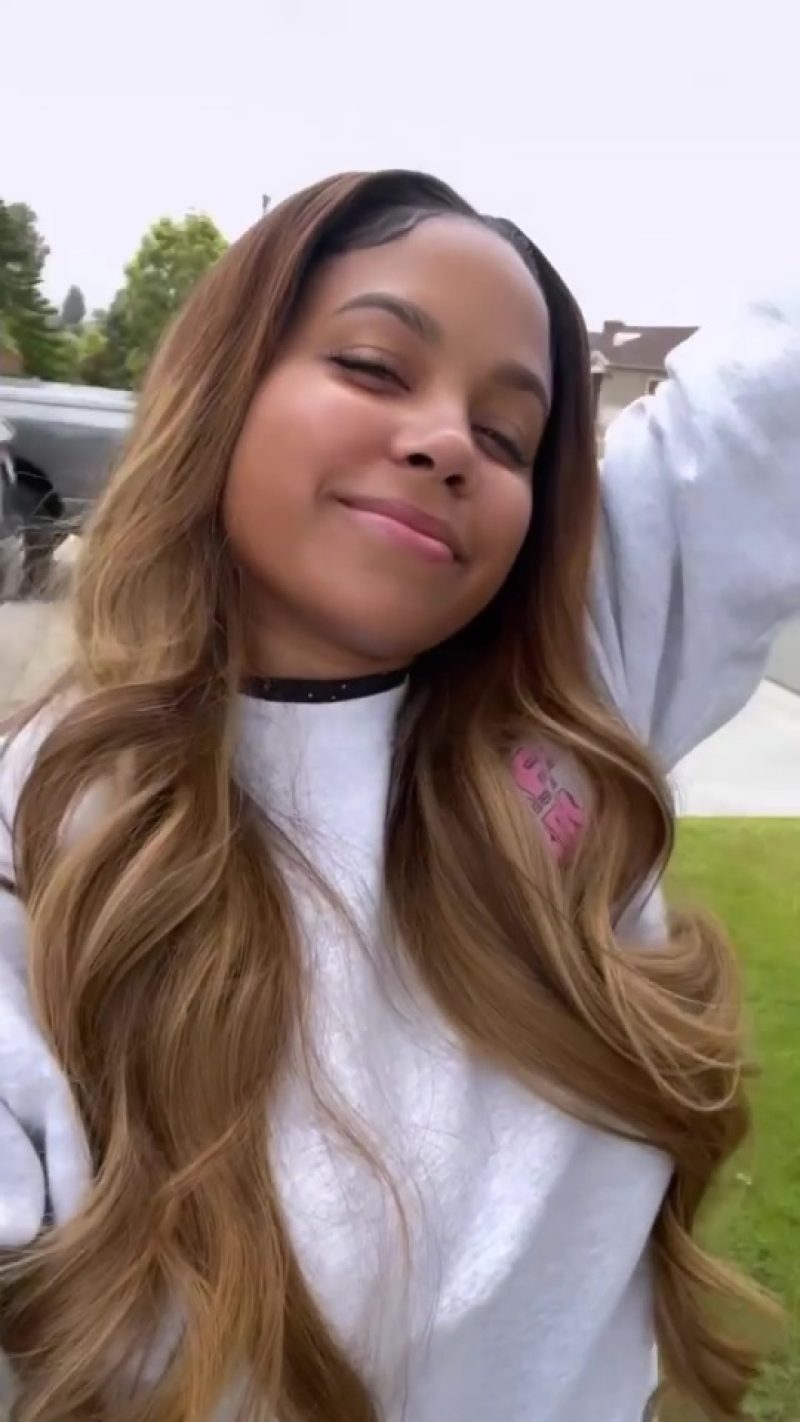 TEEN Mom star Cheyenne Floyd has been showing off more of her new Los Angeles home as she continues to renovate it.

Cheyenne, 30, took to her Instagram Stories to show off her latest expensive home feature.

In the brief video, Cheyenne pans her camera around her sitting room which displays automatic blackout blinds.

The blinds move down, blocking out the sunlight, as she shows off the beige and white-colored room.

The reality star captioned the post: “I never knew home things would get me this excited.

“No more flashing the neighbors,” she continued with laughing emojis.

Another post on Instagram shows a photo of the room, as she linked where several of the furnishings are from.

Cheyenne has been showing off her new digs in several social media posts.

In the brief video, a man could be seen painting the white walls as Cheyenne panned the camera from left to right and showed off her huge flatscreen television.

As well as a large grey rug on the floor, fans also got a glimpse of black chair next to a matching table as well as a small basketball hoop, which no doubt belongs to her one-year-old son Ace.

Just last month, Cheyenne and her husband, Zach Davis, showed off their new mansion in an Instagram video.

The LA property is estimated to be worth $2million and comes with a fireplace and breathtaking views.

A friend of the couple filmed the inside of the house, which had clean white walls, a huge staircase, tall ceilings, and a complete kitchen.

Cheyenne and Zach stood in the kitchen with their son, Ace, and toasted with champagne.

Zach made himself a snack as Cheyenne tended to their youngest child.

The pal filmed around the house again, which had no furniture in it, except for in the kitchen.

It then cut to a video of Zach standing in front of a fireplace and Cheyenne standing by the sliding door.

“That’s $2 million worth of fire, b***h,” he laughed as he flipped the switch to turn the fire off.

The friend then panned out to show the back of the house, which was not yet built, and the view from the hill was stunning, filled with a bright blue sky and houses for miles.

“To new beginnings, man. $2 million homes. Nothing less,” the friend ended the video.

However, when the couple shared a different video on YouTube, fans trolled Cheyenne and Zach for the choice of carpet that lined the floors of their new abode.

After watching the footage, many viewers couldn’t get over the gray carpet in each room, slamming it as “ugly” in the comments.

“Love everything, except that carpet! Carpet is so ugly! Oh Nevermind lol, you said y’all are removing the carpet. I’m so glad. That carpet is terrible,” one ranted.

“Too bad you have to immediately change the flooring. I hope you can sell or donate the carpet,” a second suggested.

In the YouTube tour, Cheyenne explained that she would have a podcast room, guest room, and even a man cave for her hubby.

She also showed off the property’s grand staircase and super-high ceilings in the living room.

Cheyenne and Zach have a two-car garage and a sprawling backyard that overlooks California mountains.

Upstairs is a media den, another guest room, and bedrooms for Cheyenne’s kids Ryder, five, and Ace, one.