Kim Kardashian’s baggy sweatpants struggle to stay on her thin frame as she wrestles with daughter North, 9, in new post 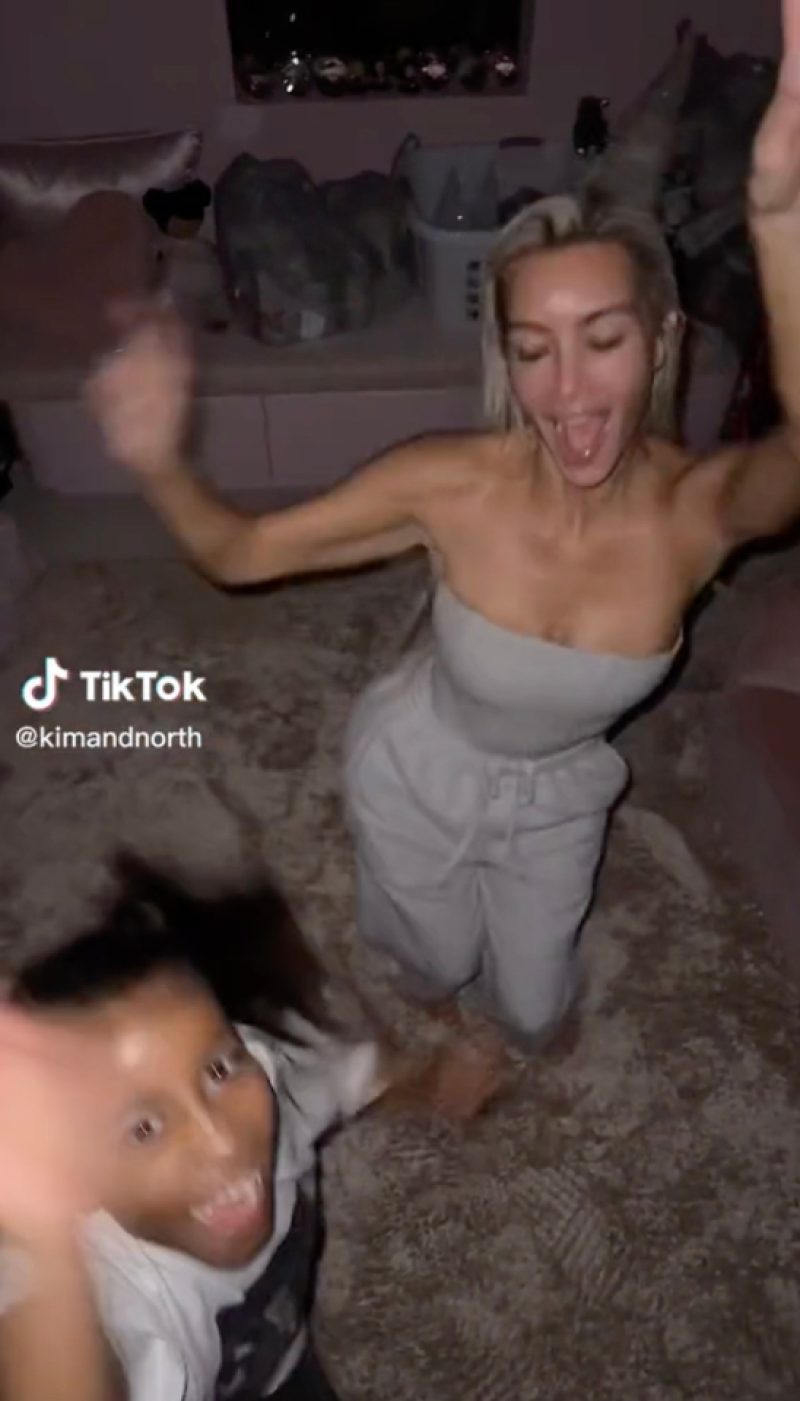 KIM Kardashian has shown off her slim figure in a pair of baggy grey sweatpants for a new TikTok video.

The reality star wrestled, danced, and rolled around on the floor with her daughter North, nine.

Posting to their joint TikTok account on Thursday, Kim, 42, showed fans that she was spending some quality time with her eldest daughter.

At the start of the video, Kim could be seen pulling up her grey drawstring sweatpants.

She wore them with a matching grey bandeau top, likely from her own brand Skims.

The sped up clip first showed them pogoing up and down on the plush carpet at Kim’s $60m mansion.

They then dropped to the floor and rolled around laughing as they kicked their arms and legs in the air.

For another dance, they held onto each other’s arms and jigged around before Kim tackled North to the ground playfully.

The preteen got up and shadowboxed at the camera while Kim lay back and laughed.

The new video gave the Skims boss another chance to show off her slim figure and toned arms.

Kim has lost 21 pounds since May, originally shedding the weight to fit into Marilyn Monroe’s dress for the Met Gala.

Last month, fans were shocked to learn that the once famously-curvy star has a tiny new dress size.

A post from her company Skims revealed that Kim, who stands 5ft 2 tall, wears a size XS in the brand’s dresses.

Recently, Kim modeled for her own company again as she showed off Skims’ velour pajamas.

The baggy set covered her hips and boobs despite fans complaining that they miss the E! alum’s once-signature curves

North is the eldest of four children Kim has from her marriage to Kanye West.

She has lost 21 pounds after slimming down for the Met GalaGettySocial Media – Refer to sourceThe Skims boss shares North, Chicago, Saint, and Psalm with her ex-husband Kanye West[/caption]