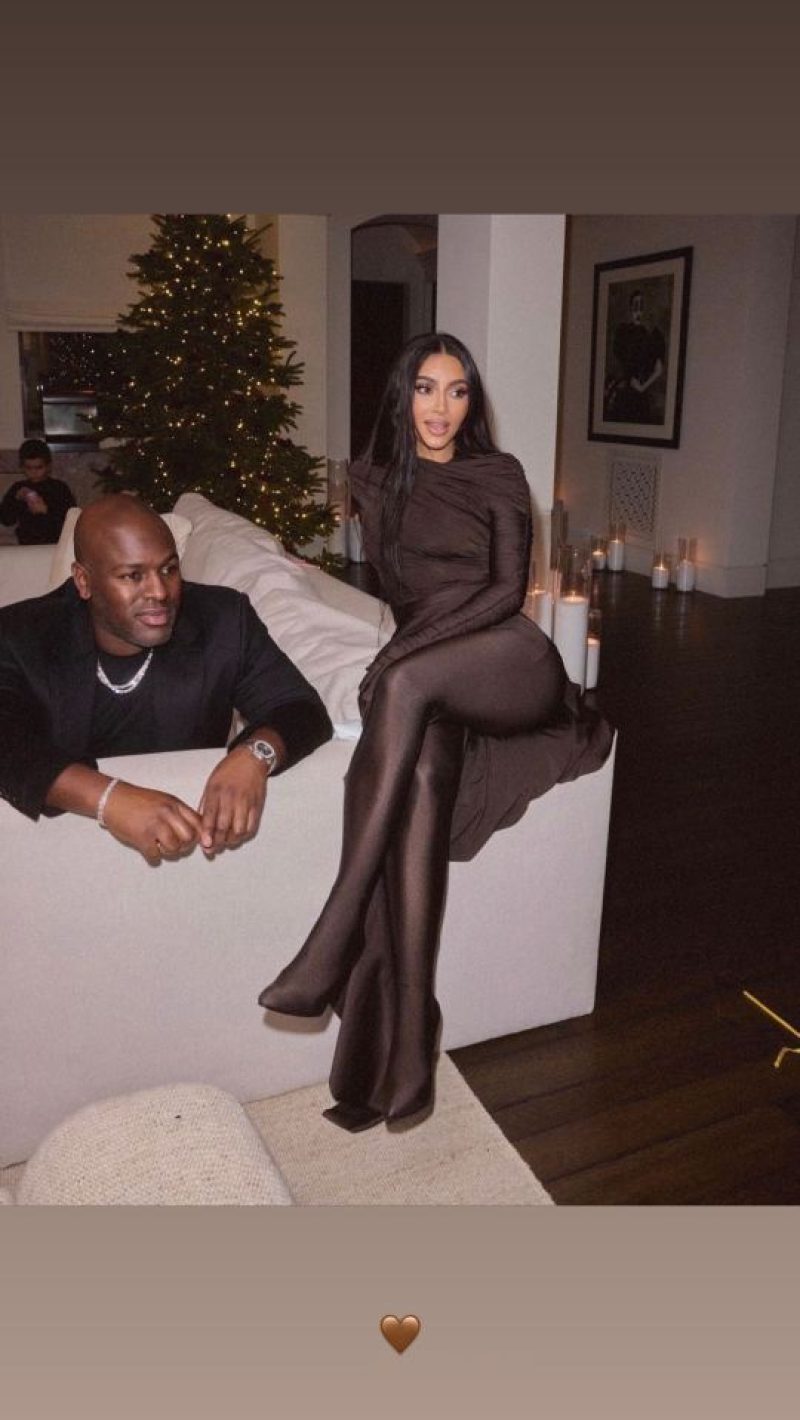 KARDASHIAN fans have been left in stitches after they spotted Kourtney’s son Reign misbehaving in the background of a photo.

The SKKN mogul, 42, shared a photo of herself and her mom Kris Jenner’s boyfriend Corey Gamble.

Eagle-eyed fans spotted Reign, seven, hiding in the background of the snap.

Kourtney’s youngest son appeared next to a large Christmas tree.

Upon further inspection, however, it appeared that he was back there opening up presents stored away under the tree.

I spent $3,850 on used Kardashian clothes – staff did the strangest thing

Kim’s photo was shared on Reddit, where fans weighed in on Reign’s antics.

The original poster captioned the thread: “LOL not Reign opening Christmas gifts early in the background of Kim’s new pic.”

Other commenters questioned the Kardashians having their tree up, with one writing: “do they really have their f**king trees up already?”

Another replied: “I can respect that – especially if thanksgiving brings sadness lmao.”

Kourtney’s kids largely stay out of the spotlight, but fans love getting a glimpse at them when they can.

During a recent episode of The Kardashians, the Lemme founder’s son made a surprise appearance.

The episode showed the family attending the Los Angeles premiere for their new series earlier this year, and of course, fans got to see them getting ready.

Around midway into the episode, mom-of-three Kourtney was seen getting her make-up done ahead of the big night.

As her glam squad worked, Kourtney said to the camera: “There is about two to three hundred of our closest friends attending.”

The Poosh founder was then interrupted by Reign, who he ran into the room and yelled: “Big Daddy’s back to town!”

“Big Daddy is back?” Kourtney asked, to which her son replied: “Yes! And I’m Big Daddy!”

“Really? It’s gonna be a fun day!” Kourtney remarked as she carried on getting ready for the big premiere.

Reign appeared to be the only one of Kourtney’s three children that attended the event with her.

The mother-and-son duo were seen driving in a car together as they picked Travis Barker up on the way.

“Mum, why is there cameras? I’m confused,” Reign said as they set off on their journey.

As Travis got into the vehicle, Kourtney said: “Hi baby,” and Reign quickly copied her, which made the Blink 182 drummer laugh.

Late last month, fans got yet another glimpse at Reign’s mischievous side.

Kourtney shared a video online, trying to capture the Calabasas sunset on her Instagram Story.

The family was gathered for a Halloween bash with reign playing on a trampoline in the yard.

While his mom captured the serene moment, the little boy yelled: “Mom, come on the damn trampoline.”

His order – and perhaps his language – appeared to catch his mom a bit off guard.

She chuckled as she responded: “Oh I’m comin’!”

Reign continued to bounce on the trampoline, seemingly letting out a sly “s**t” as Kourtney took off in another direction.

InstagramKourtney has three kids, but Reign seems to spend most of the time in the spotlight[/caption]