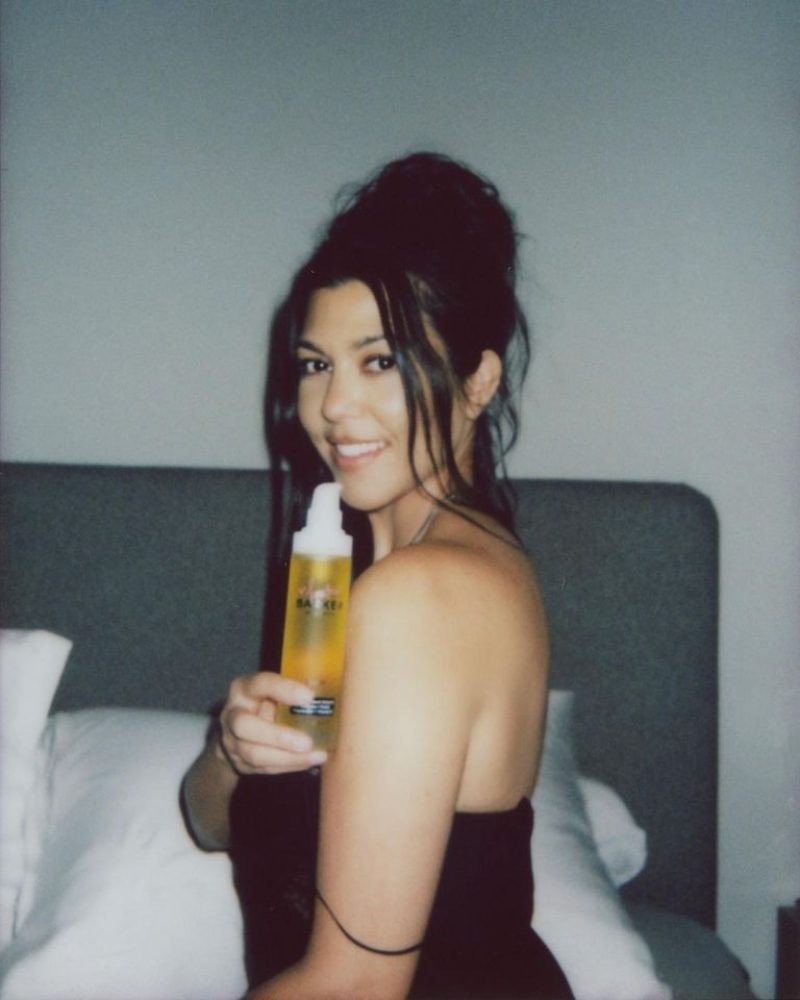 Kourtney, 43, shared some seriously sexy snaps of herself on Thursday as she helped her husband Travis Barker promote his wellness brand.

The five new images show the mom-of-three laying in bed clutching a few different Barker Wellness products for the body.

Kourtney looked stunning in a black lacy negligee and a simple silver necklace as she pouted for the camera.

The Kardashians star opted for a minimal makeup look and wore her dark hair half up and half down in a messy style.

In the second shot, Kourtney’s strap had fallen down past her shoulder as she grinned from ear-to-ear and held a bottle of body oil up to the camera.

‘GIVES ME THE ICK’

One fan was clearly impressed with Kourtney’s photos and shared them on Reddit, writing alongside it: “These pics of Kourtney are so beautiful. I don’t even care about what she’s advertising she just looks stunning.”

Some fellow Reddit users agreed as one said: “It’s the smile for me,” and another wrote: “She looks great here. The bob she has been rocking lately does her absolutely no favors.”

Someone else added: “Most interesting to look at,” but others weren’t so complimentary.

One person joked: “First pic looks like she’s in a coffin!!” while another mocked: “She looks stunning, pic 2 is giving bilbo baggins,” as they referred to her bare feet.

Kourtney is certainly embracing her body more these days, and just last month she admitted that she “cringes” over how “skinny” she was in the past.

The reality star opened up about her positive body image while doing a photoshoot for Bustle magazine.

In a recent episode of The Kardashians, Kourtney revealed she felt insecure after gaining weight while undergoing IVF.

While on the set of the Bustle shoot, she told her assistant Liz Muller and stylist Dani Michelle: “So obviously my body has changed.

“But it was all of the hormones that the doctors put me on. Eight months of IVF treatment took such a toll on me mentally and physically.

“And it’s taken a lot to get me to the place of feeling comfortable and happy with the changes.

“Everyone comments in every photo that I’m pregnant. And we wish that and if it’s in God’s plan then it is.”

Kourtney then talked about how her husband Travis, 46, has encouraged her to have a positive attitude about her body.

“Travis always tells me every day, ‘You’re perfect’,” she confessed.

“Like if I complain about any little thing, he’s like, ‘You’re perfect, you’re so fine. You’ve never been better.’ So now I’m so into it.

“My a** is amazing. I’m so into my thicker body. I looked at photos of my body when I was so skinny and it was so cringy.”